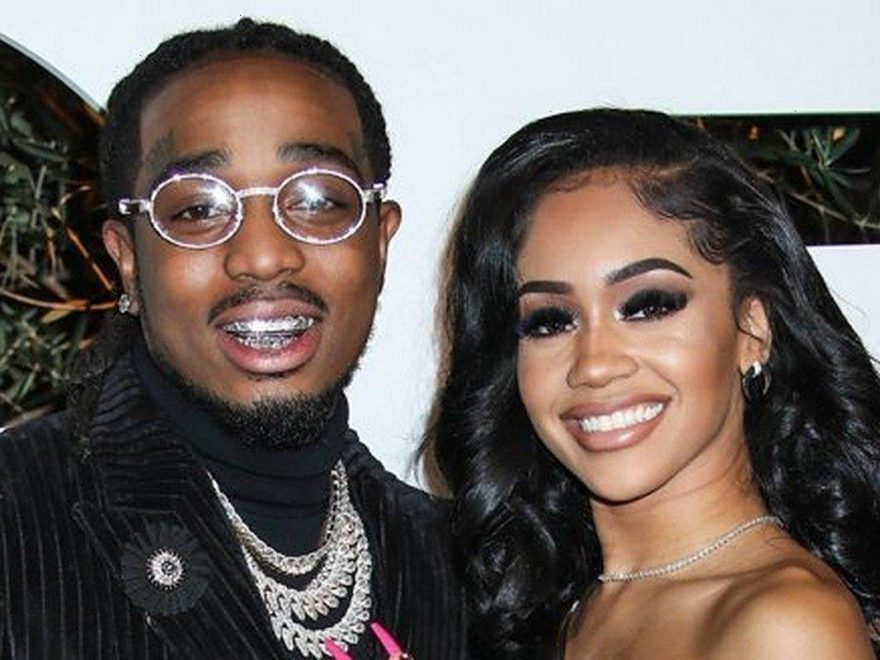 The Migos member and his former girlfriend won’t be charged over their physical altercation in an elevator after authorities decided to drop the case.

The former couple was caught on camera engaged in a physical altercation at a North Hollywood apartment building, where the “Tap In” hitmaker appeared to lash out at Quavo, before they grappled over a “Call of Duty” gaming case.

Saweetie tumbled to the floor as the Migos member stood over her, refusing to help her up before exiting the elevator as she gathered herself and climbed back to her feet.

The video footage emerged in late March (21), weeks after the pair confirmed their two-year romance was over, and local police decided to investigate the incident for any possible domestic violence charges.

The case was referred to authorities at the Los Angeles City Attorney’s Office, but they declined to prosecute.

According to TMZ, the case was dropped because the chances of a conviction for either star was unlikely.

At the time of the surveillance footage leak, Quavo issued a statement about the “unfortunate situation,” insisting, “I haven’t physically abused Saweetie and have real gratitude for what we did share overall.”

His ex also publicly addressed the controversy, telling fans the fight had nothing to do with their eventual split earlier this year.