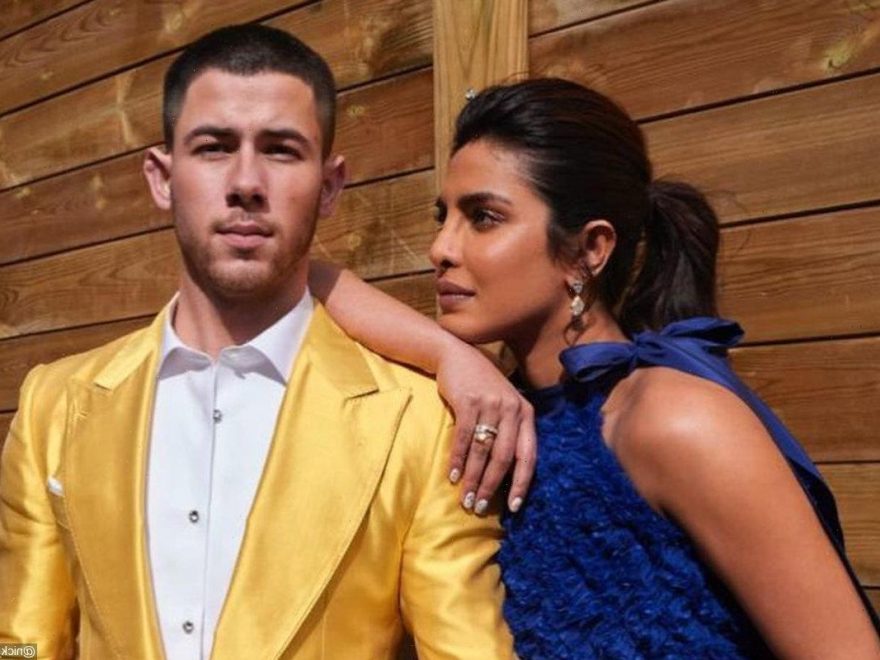 In the cheeky picture, the one-third of the Jonas Brothers is seen adorably holding a fork and a knife, using them on the ‘Baywatch’ actress’ butt as the two lounge by the pool.

AceShowbiz –Priyanka Chopra has treated her fans and followers to a cheeky photo of her and Nick Jonas. In a new social media post, the “Baywatch” actress’ husband could be seen treating her like a “snack.”

On Sunday, August 29, the 39-year-old beauty shared an intimate photo of her and her husband lounging by the pool. In the picture, “The White Tiger” actress could be seen wearing a black bikini top with red bottoms. In the meantime, Nick opted to go shirtless and wore black swimming trunks.

Nick was seen adorably holding a fork and a knife and pretending to use them on Priyanka’s butt as she smiled at the camera. “Snack,” she cheekily captioned her post, adding fork, knife and love emoji. While A-list celebrity Drew Barrymore praised the hilarious snap, it was Priyanka’s cousin’s reaction that had everyone talking.

Reacting to the first photo, Parineeti Chopra addressed Priyanka and Nick as “Mimi Didi.” She wrote in the comment section, “Jeej! Mimi didi! What is going on here the family is on instagram ***Tries to hit like button with eyes closed.” Parineeti’s reaction garnered more than 43,000 likes.

In a following post, Priyanka also shared a selfie, showing off her curves in a bikini. In the caption, she penned, “Sundays like this tho… [love].” Seeing his wife’s beach body, Nick responded, “Yummy.”

Priyanka’s new posts featuring Nick came as the married couple finally reunited after a long time apart. The former star of “Quantico” has been filming her new movie “Citadel” in London, while the “Don’t Give Up On Us” singer has hit the road with the Jonas Brothers for their “Remember This” tour.

Priyanka and Nick tied the knot in 2018 with three lavish wedding receptions and both Christian and Hindu ceremonies. Fast forward to July this year, the pair marked their third engagement anniversary with throwback pictures from the night Nick proposed to her.