Once the apple of Elvis Presley’s eye, Priscilla Presley married the famous musician six years after meeting him at age 14. Then known as Priscilla Beauliu, she was caught up in a love affair with a man 10 years her senior, something that captivated Elvis’ fans and the public in general.

Because of Elvis’ legacy and the monument that attests to it—Graceland—she will forever be associated with him. But even though she still speaks of him in high regard, had a child with him, and carries his last name, did Priscilla Presley ever find love again after she and Elvis parted ways? Here’s an idea of the who and what in her life post-Elvis.

Presley has discussed the ups and downs of her marriage toElvis, which was the source of fond memories as well as tumultuous times. Shespent six years being his girlfriend, and under some arrangement made with herparents and Elvis’ manager, Colonel Parker, Priscilla was able to live with himas a teen. Nothing inappropriate happened between them when she was younger,but she always had fears he was with other women. She’s talked about it in her memoirand in multiple interviews, including one with Barbara Walters.

The pair married in 1967 when she was 21, had Lisa-Marie in1968, and stayed together in spite of Elvis being away for work for lengthyperiods of time, affairs with other women, and his controlling ways. Priscillarevealed all these things and that it got to a point where she didn’t want tolive that way anymore. She once described their lives together as “living in abubble” due to the toll that fame took on their union. Though they divorced in1973, she’s always considered him the great love of her life.

Presley was in a long-term relationship with a different man

After she and Elvis divorced, the two always remained goodfriends, with Elvis onceremarking that in spite of their split, they’re the very best of friends, andthey made an agreement to always be friends. Although she had a number ofboyfriends after their marriage ended and up until his death, Priscilla’s longestrelationship was with a man named Marco Garibaldi.

Garibaldi and Presley were together for more than 20 years andended their relationship in 2006. They never married but the two had a son togetherand Lisa-Marie has referred to him as her stepfather. These days, 74-year-old Presleyis single but has been romantically linked to numerous men, however she maintainsthat these relationships are strictly platonic friendships. 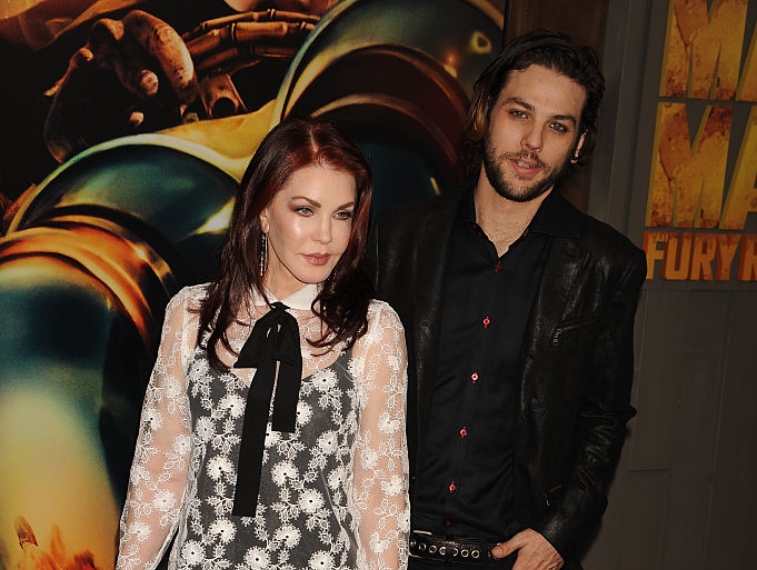 Who is Priscilla Presley’s son, Navarone?

Most fans know Lisa-Marie Presley to be Priscilla’s child, neglecting the fact that she also has a son. Navarone was born in 1987 and shares his mother’s penchant for entertainment. He’s part of a rock band called Them Guns where he’s one of the lead singers and a guitarist.

Six months ago, the band dropped a new single, but Garibaldi largely stays out of the limelight. From time to time, he’ll appear at events with his mother, not much is known about his personal life.