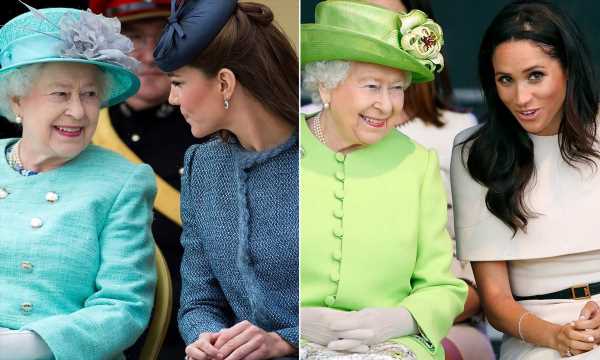 Every royal has had a unique experience of meeting the late Queen Elizabeth II for the first time, but with new revelations about the Duke and Duchess of Sussex‘s relationship being released in their Netflix series, it has got us thinking about why Meghan’s first encounter was more accelerated than some other members of the family.

Meeting your future in-laws is a huge (and sometimes nerve-wracking) relationship milestone, so what do we know about the Duchess of Sussex’s first sit-down with the former monarch?

WATCH: Prince Harry and Meghan giggle as they discuss meeting the Queen

After announcing their engagement in November 2017, Harry and Meghan spoke to BBC’s Mishal Husain about the royal family – including her introduction to Harry’s grandmother. The Duchess admitted they had met “a couple of times”, starting with an afternoon tea with Her Majesty and her corgis!

Speaking of the “surreal” experience, the former Suits actress shared: “It’s incredible, I think, you know, a) to be able to meet her through his lens, not just with his honour and respect for her as the monarch, but the love that he has for her as his grandmother.” 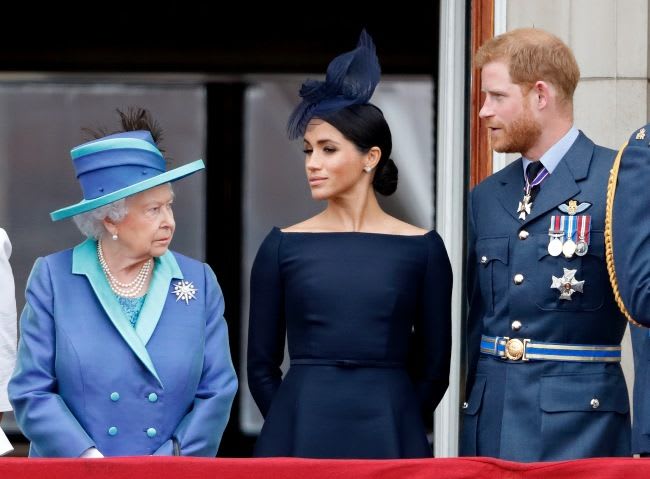 She added: “All of those layers have been so important for me so that when I met her I had such a deep understanding and of course incredible respect for being able to have that time with her. She’s an incredible woman.”

“And the corgis took to you straight away… I’ve spent the last 33 years being barked at; this one walks in, absolutely nothing,” her husband-to-be Harry quipped, and Meghan gushed: “[They were] just laying on my feet during tea, it was very sweet.”

The couple’s love story began in the summer of 2016 and they got engaged in the garden of their then-home Nottingham Cottage the following year, meaning these royal meetings must have occurred quite quickly. This could have been a result of the fact that Meghan was living in Vancouver filming Suits when they met, and she would fly to the UK for secret dates with Harry at the beginning of their relationship.

In comparison, Princess Kate waited years before she exchanged pleasantries with the Queen – and Prince William wasn’t even present for the first time!

The Prince and Princess of Wales began dating in 2002 after meeting at St Andrews University, and William proposed in Kenya in 2010. During their engagement interview, Kate said: “I first met her at Peter [Phillips] and Autumn’s wedding, and again, it was in amongst a lot of other guests. She was very friendly and, yeah it was fine.”

Peter and Autumn’s wedding occurred in 2008, while William was abroad in Kenya, so the royals had been dating for around six years.

William chimed in: “She was very welcoming. She knew it was a big day and everything was going on with Peter and Autumn, she had wanted to meet Kate for a while, so it was very nice for her to come over and say hello, we had a little chat and got on really well.”

The Prince also explained why he didn’t rush into proposing to Kate, adding that he wanted to give her the “chance to back out” of joining the royal family – so that could explain the delay in the Princess’ meeting with the late Queen.

UP NEXT: Harry and Meghan’s Netflix series: Everything they said about Princess Kate