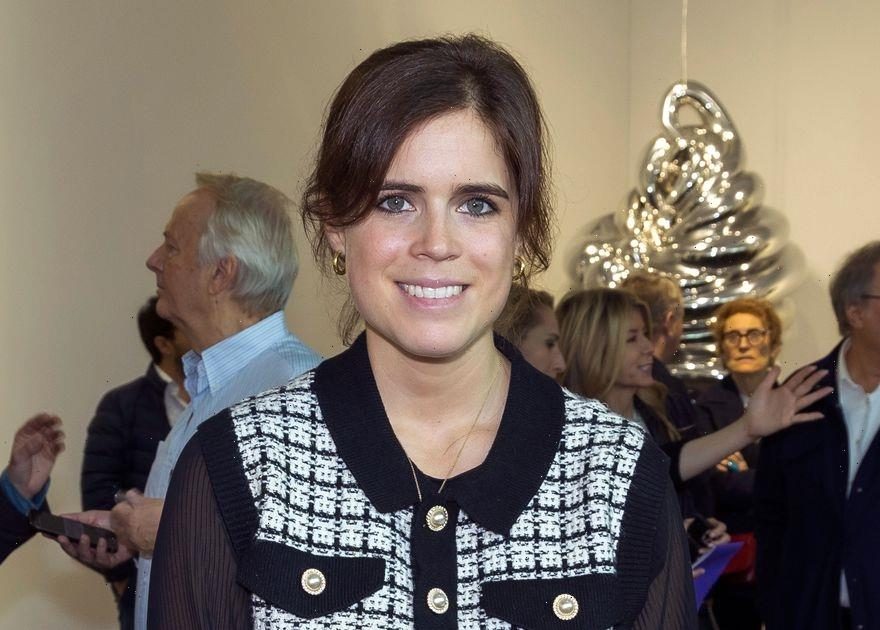 Princess Eugenielooked the picture of sophistication as she donned a chic tweed ensemble for a Paris art fair on Wednesday.

Princess Eugenie added some black tights, giving the outfit a touch of autumn, while elevating it with gold jewellery.

She wore her hair in a sophisticated up-do, with a few strands down to frame her face, and opted for a minimal make-up look. She smiled and posed for pictures at the booth for Hauser & Wirth – the international gallery at which she is a Director.

It is the first time the fair has been held and throughout the next four days 156 galleries from 30 countries will gather to present artworks across all media – from painting and sculpture to photography and digital works.

From curated presentations of 20th century masterpieces to solo booths by emerging artists, the fair is aiming to present a global showcase of the highest quality, embedded in Paris and its cultural scene. Others pictured at the event included artists Marc Quinn, Yan Pei-Ming and Jean-Marie Appriou.

Clément Delépine, Director of Paris+ Par Art Basel, said: “The composition of the gallery list reflects our commitment to create a show that is both specific to its host city and has a strong global resonance.”

Eugenie’s appearance comes after she shared a moving birthday message to her mother, Sarah Ferguson. Eugenieposted several never seen before pictures to send her best wishes to her mum. The Duchess of York celebrated her 63rd birthday on Saturday 15 October.

Taking to her Instagram page to pay tribute to her mother, Princess Eugenie wrote: "Half an hour left to go of October 15th 2022 but better late than never.. Happy Birthday my dear mumsy @sarahferguson15!"

In the snaps, the princess can be seen smiling alongside her mother, as well as her sister Beatrice, husband Jack Brooksbank and baby August, one.