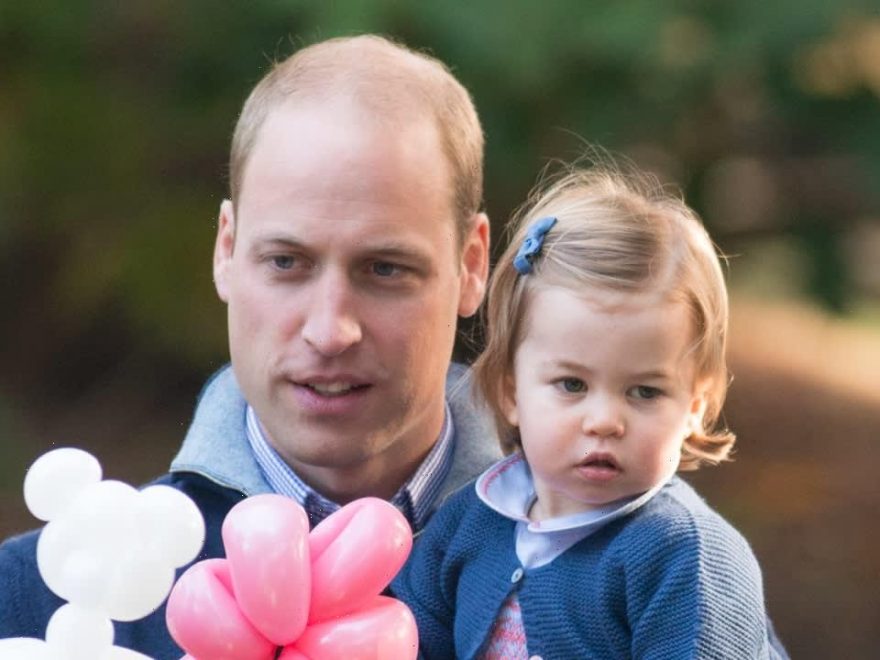 Prince William has shared a sweet update on his daughter Princess Charlotte, revealing that the seven-year-old is a “budding” future football player.

MORE: Will Princess Anne’s rare royal title be given to Princess Charlotte?

The prince was visiting England Women’s team at St George’s Park where he was given three football shirts that had his children’s names on the back. As he saw Charlotte’s he laughed and passed on a message from the young girl.

“Charlotte wanted me to tell you that she is really good at goal. She said ‘Please tell them that.’ She’s a budding star for the future,” he shared.

William watched the training session in Burton upon Trent and then spoke to several of the players and the coaches ahead of the UEFA Women’s Euro 2022 which kicks off on 6 July 2022 and is hosted by England.

The second-in-line to the throne is president of the Football Association, and a supporter of Aston Villa football club, and it appears his children have also taken to the sport.

Prince George is a keen football fan and he attended his first football match along with his sister, Charlotte, in October 2019, watching Norwich City vs Aston Villa at Carrow Road Stadium. He even posed in his England football shirt for his sixth birthday pictures in 2019. 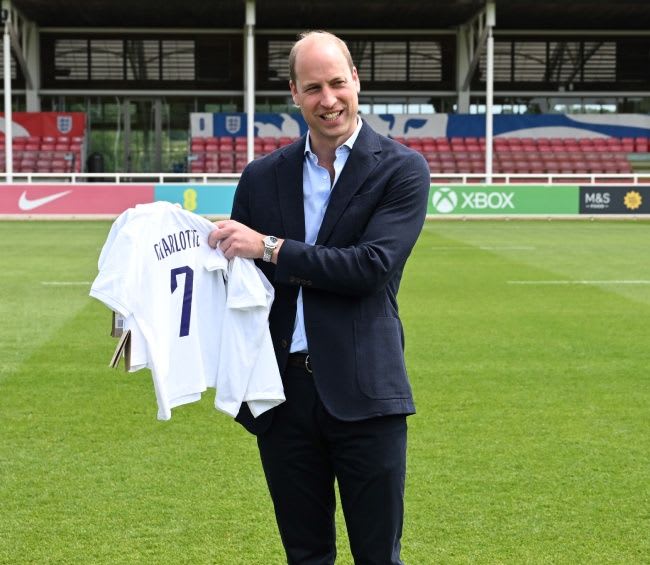 In 2021 he appeared at many of the England games during the rescheduled 2020 Euros, joining his dad and mum, the Duchess of Cambridge, to cheer on the England team as Gareth Southgate’s squad passed through the last-16 fixture and made it to the finals.

But he was noticeably upset when England lost in the final game against Italy. Little George, who was sat in between his parents William and Kate, looked downbeat when England’s fate was sealed and his father lovingly stroked his shoulders as he consoled him. 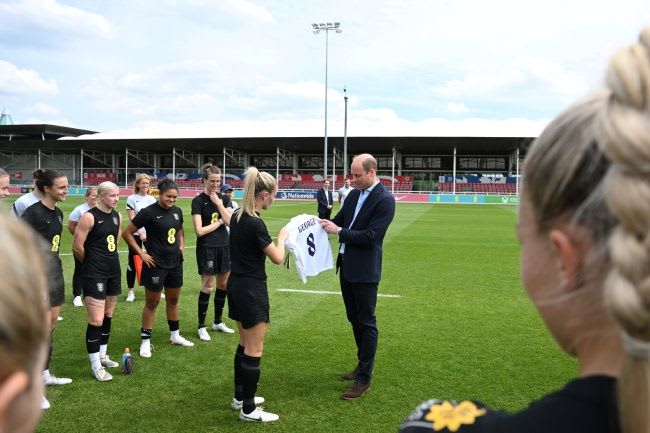 William is president of the FA

Earlier in 2022 the Duke of Cambridge was spotted cheering on his son George as the young royal played on his school football team.

In a photo shared to social media, he could be seen standing smiling with the opposing team, while another photo showed the young prince in a blue-and-white striped kit and yellow football boots concentrating intently on the game.