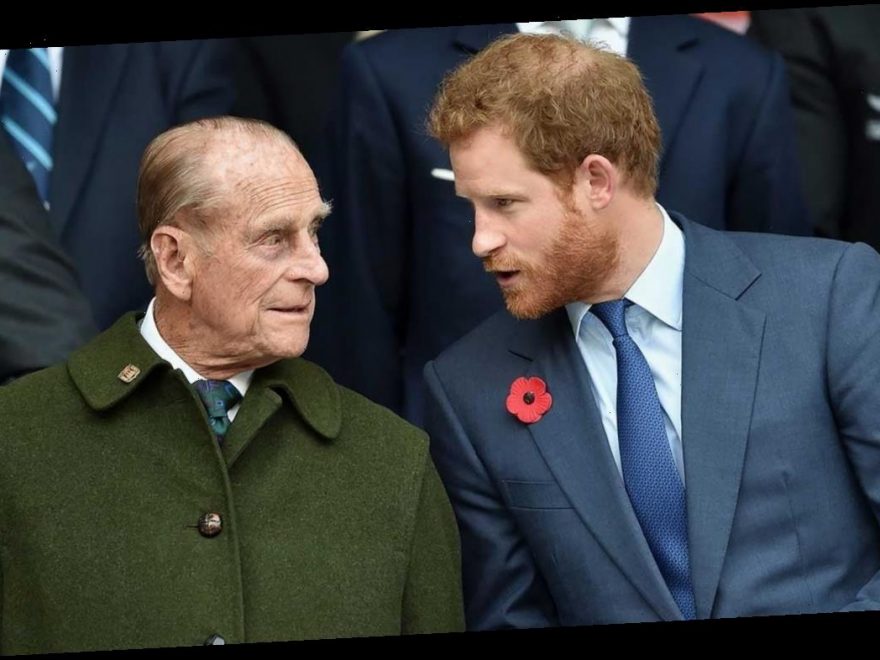 Prince Harry is going to do his best to celebrate his grandfather’s life in person. Omid Scobie, co-author of Finding Freedom: Harry and Meghan and the Making of a Modern Royal Family, told ET that Prince Philip’s grandson, who currently lives in California with his wife, Meghan Markle, and their 1-year-old son, Archie, “will do everything he can” to travel to the U.K. for the elder royal’s funeral.

Philip died on Friday, April 9, Buckingham Palace announced in a statement. The Duke of Edinburgh, who was married to Queen Elizabeth for more than seven decades, was 99. In a post on his website, Harry thanked the late Duke of Edinburgh for his service and wrote that he’d be “greatly missed.”

Omid noted that Harry was “so close” to his grandfather, adding that Philip’s death will be “a very difficult time for him.” That challenge is only increased due to the ongoing COVID-19 pandemic and the precautions it necessitates.

“Not only is he many miles away from his family and the queen… he is also not able to be immediately part of what is going on over here in the U.K.,” Omid said of Harry. “The royal family has gotten used to the sort of digital means of communication and he will no doubt be in touch with the family.”

After learning of Philip’s death “at the same time” as other royal family members, Harry is tasked with figuring out if it’ll be possible for him to travel to the U.K. for the funeral, a date for which has yet to be announced.

“No doubt his team will be in close communication with Palace officials to find out when that is and if there is going to be enough time for him to arrive here and quarantine,” Omid said. “But I imagine he is going to be doing everything he can to be here and pay his respects to his grandfather.”

Despite the “many travel restrictions in place,” Omid speculated that “it is extremely likely that Harry will do everything he can to be over here to celebrate the life of his grandfather, a man that he was incredibly close to.”

Omid also noted that “diplomatic circumstances” may exempt Harry from the typical 10-day quarantine that’s required of anyone who enters the country. Even if Harry does make it across the pond, Meghan likely won’t be with him, Omid said, citing her current pregnancy.

“Meghan is heavily pregnant at the moment. That makes it very difficult for her to be traveling,” he said. “Of course with little Archie, an event like this perhaps would not be appropriate.”

“I would imagine that there would be a very likely scenario that happens that Harry is over here representing the entire Sussex family,” Omid added. “… It will be a difficult moment because I’m sure that Meghan would want to be by Harry’s side for what will be a very difficult time for him.”

Aside from Harry, the possibility of quarantine for any guest who attends the funeral is something that the Palace is taking into consideration when choosing the date.

“People who will be attending this funeral, perhaps on diplomatic terms, will still have to quarantine for 10 days when they enter the country. That, of course, could include Prince Harry as well,” Omid said. “There are many things that they are going to need to take into account before they announce the official date.”

Another reason for a delay in announcing the date of the service, Omid speculated, is the Palace’s hope that the public will heed its request not to gather due to the pandemic.

“I think what they don’t want to happen is have the entire country know where it’s taking place and then to all want to congregate there,” he said. “… There has been a lot of work going on behind the scenes to make sure that this is a COVID-safe gathering.”

Even with many logistics to be worked out, the queen and other members of the royal family will take time away to enter a period of mourning following Philip’s death.

“We’ll see the queen’s royal mourning period followed by all members of the royal family,” Omid said. “If there are any appearances of them in the days or weeks ahead, we will see them dressed appropriately in black… All royal engagements over the next eight days at least have been put to one side.”

During this time, Omid said, the royals will focus on “coming together as a family and really supporting each other.”

“It’s not often that moments like this happen in the royal family. This is really one of those times that everything becomes second other than looking after the queen and also remembering the life that was lost,” he said. “… [Philip’s death] had been a long time coming, but of course there is a huge sense of sadness across all the royal households today… A genuine sense of sadness, but, at the same time, a celebration of a life that was lived to its fullest.”