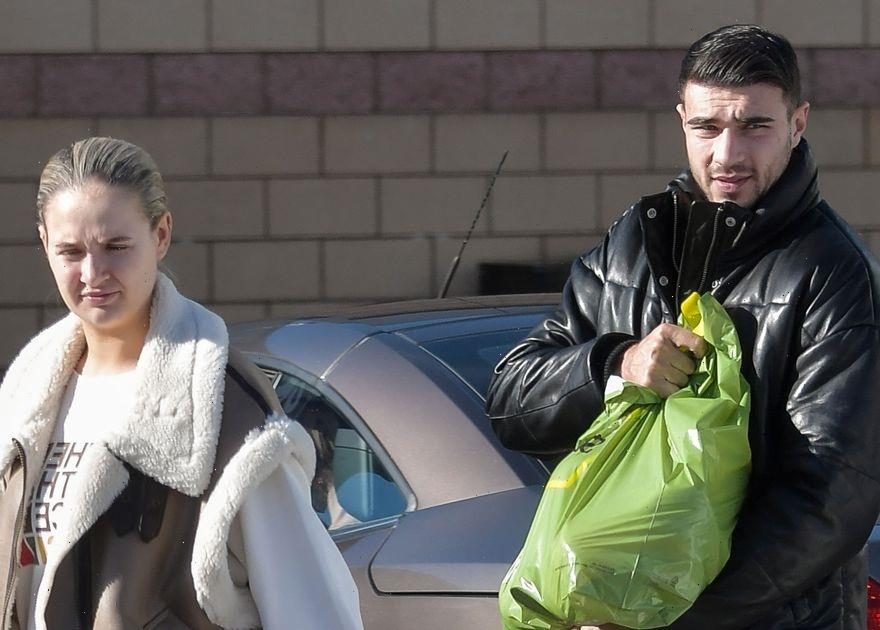 Pregnant Molly-Mae Hague cut a cosy figure as she enjoyed a day out with boyfriend Tommy Fury.

The pair, who met on Love Island in 2019, are expecting their first child together and recently shared that they’re having a little girl.

In new snaps of the parents-to-be out and about, Molly, 23, wears an oversized shearling gilet with what looked to be a matching The North Face cream sweatshirt and jogger set.

To complete her outfit, the PrettyLittleThing creative director donned a pair of low rise Ugg boots.

Meanwhile, Tommy, also 23, was less appropriately dressed for the October weather as he wore a pair of black Louis Vuitton sliders.

He paired the summery shoes with grey joggers and a black puffer jacket as he held a bag full of shopping. Molly has since taken to social media to explain why beau Tommy has been wearing sliders, as she explained the 23 year old boxer has suffered an injury.

She said: “All of you wondering why Tommy was wearing sliders… his toenail fell off this morning.

“It’s a fragile topic, quite literally…”

The pair later realised they might have trouble going to the their favourite restaurant because the establishment doesn't allow diners to wear joggers.

Molly went on to say that “nothing else fits” as she's six months into her pregnancy, but added that she hoped she “can get away with stretchy trousers” instead. The pair’s baby joy comes after Molly admitted that she and Tommy have "never" used contraception during their relationship.

Sitting down to film a pregnancy Q&A for her YouTube channel, Molly-Mae explained that “the baby wasn’t specifically planned but she also wasn’t not planned”.

The star has been open about her battle with endometriosis and has even detailed how the health condition impacted the couple’s sex life.

As a result of her diagnosis, Molly-Mae has now told fans that she’d not been on contraception for most of her relationship as she hadn’t found one that “worked” for her body. “That’s just because with my endometriosis and other things, I never really found a contraception that worked for me – I tried a couple of different pills and, for me personally, I never found anything that quite agreed with my body.”

Molly added: “Tommy and I were quite open about the idea of having a baby – it’s something that we’ve wanted literally from day one of meeting one another. We were very comfortable with the idea of me not being on contraception and potentially having a baby because of that.”