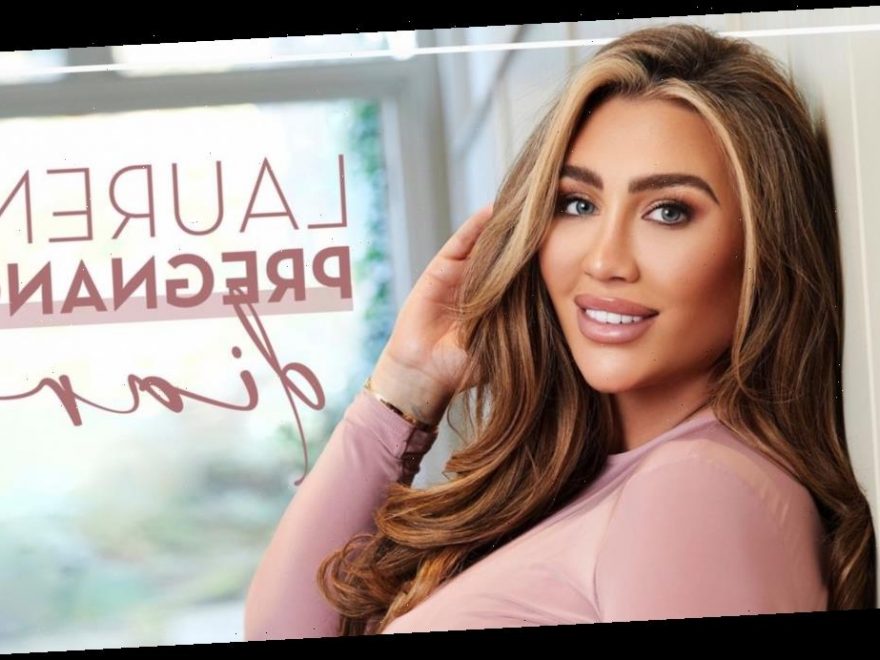 Lauren Goodger is the former TOWIE star everyone's talking about.

Not only because she's finally got her happy ending and expecting her first child, a baby girl, with boyfriend Charles Drury this summer, but also because her no-nonsense opinions and glamorous life constantly keep people guessing. The mum-to-be is now our OK! VIP columnist and won't be holding back when it comes to keeping our readers up to date with her journey to motherhood.

Prepare for lots of pregnancy talk as well as commenting on the latest stories in her weekly diary. All you have to do is pop your email address below – it's completely free !

Sadly, I ended up in hospital last week. I didn't feel the baby move and I didn't feel myself, so I was advised to go and have a check-up. As you know I've always been honest about how I'm feeling and I will be able to talk about it in more detail next week when I'm fully over this episode.

I went and saw my dad in the garden at the weekend. It was his and my step-mum’s 30-year anniversary – I was four at their wedding! My step-mum cooked and we had lovely brownies, so it was really nice. She actually said to me if I get another anxiety episode I can ring her and she would take me to hospital.

It’s really nice to have that support and know that they’re there for me. It’s nice we’ve become close again and actually it’s never been like this. It’s because of the baby – my dad’s first grandchild. Charlie gets on really well with them, too. Other family members on my dad's side have contacted me, which has been great and when we’re out of lockdown we can all meet up. Everyone was saying at the weekend that my baby’s called Laulié after I started an Instagram under that name. Well, I’m not going to be revealing the name until she’s here, but she’s definitely not called Laulié. Everybody’s watching what I’m doing, so are constantly speculating about what I’m going to call her.

But actually me and Charlie are starting our own clothing business called Laulié. At the moment we’re trying to find manufacturers abroad and are trying to get things up and running. We’re going to do really nice loungewear sets – which I love. So keep an eye out for those!

I opened up on Instagram about my lips being swollen, but that naturally happens during pregnancy, because of water retention. My friend’s nose actually grew when she was pregnant. My lips are not massive, but they’re just a bit fuller and as time goes on I’m going to get swollen everywhere.

I’m not complaining about them growing a bit, but what really pisses me off is when people say I’ve had fillers or Botox while I’m pregnant. With my worrying I wouldn’t do anything like that. I’m so strict when it comes to the foods that I eat and even certain bath products I won’t use. In about three weeks time I’ve got a 4D scan booked. The company contacted me about it and I thought, “Yeah, how amazing.” I like having scans done. As much as they are nerve-wracking it’s a reassurance thing – I’d have them every day if I could! I’ve got my midwife appointment next week so they will check me over and we’ll have a chat. It’s becoming very real now.

Thank you for signing-up as an OK! VIP member!