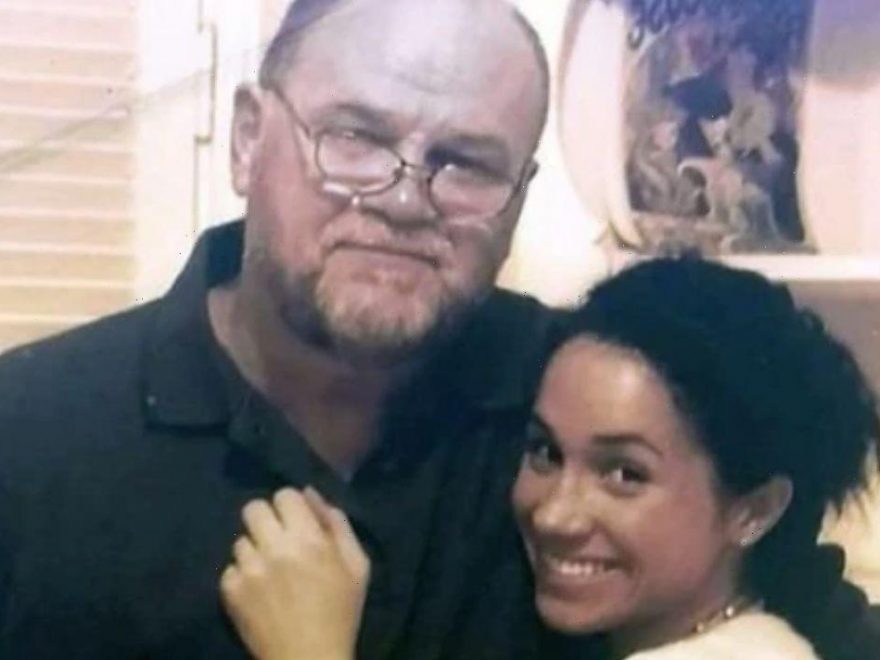 Meghan Markle and Harry are 'trashing the Queen' says Wootton

Piers Morgan, like much of the nation, has had his eyes glued to the Harry and Meghan Netflix documentary, in which the couple say they are telling their story, which includes experiences of racism and emotional agony “behind closed doors” as members of the Royal Family. However, the furious 57-year-old commentator was astonished to hear another claim made by Harry – that his wife no longer “has a father”.

“Wow. Shocking thing for Harry to say about Thomas Markle, the man he has never met,” Piers exclaimed.

“She does have a father, and he brought her up on his own for years. Where is that in the documentary? #HarryandMeghanNetflix”

It is believed that Thomas Markle would have walked Meghan down the aisle on her wedding day, but following the pair’s rift, and his heart attack, he wasn’t present.

Harry has now revealed in explosive scenes from the documentary that he blames himself for the damage in their relationship.

“She had a father before this, and now she doesn’t have a father,” he lamented.

“I shouldered that, because if Meg wasn’t with me, then her dad would still be her dad.”

They also released a text message the Markle patriarch apparently sent to Harry expressing his hurt after he was asked to give him a call back.

“I know nothing about [missed] phone calls I’m sorry my heart attack is there any inconvenience for you?” he questioned.

He then added: “If only I had died, then you guys could pretend to be sad.”

Yet Piers has taken issue with the suggestion that she doesn’t have a father, particularly as he is still recovering from a stroke that he suffered in May.

He added in another tweet: “Markle now trashing her own father, who is still recovering from a massive stroke. Ms Compassion hasn’t even called him. #HarryandMeghanNetflix.”

Public reactions to the tweets were mixed, with some declaring Meghan “callous” for not mending the rift between them, especially after his health problems emerged, while others sympathised with her, some recalling tales of their own troubled family relationships.

Some Twitter users also referenced photos with the paparazzi which Thomas had staged, from which apparently still receives royalties.

In his Channel 5 documentary, Thomas Markle: My Story, he admitted that he “absolutely” has an ongoing income from them, adding: “Those photos will sell forever.”

However, he said he posed for the photos because a contact had promised to change his image through them at a time when “every paper seemed to want to make me look like a dumb, fat slob”.

“He said: ‘I can make you look respectable… we’ll go out and take some photographs of you looking like you’re getting in shape for the wedding,'” he recounted.

He now reportedly receives a 30 percent cut when the images are re-used, according to the Daily Mirror – but critics have pointed out that Meghan lived with her father for some of her school years and that he financially provided for her, only to feel “abandoned” when she cut off contact with him later.

As a lighting director on film sets, he also introduced Meghan to the industry to help launch her career as an actress, which gave her a degree of fame and fortune.

Yet @ClaudiaMay6 tweeted: “Piers… just because a parent was around, doesn’t make them a good parent. Those years could have been filled with awful things. Lots of people have estranged relationships with family members.”

On the other hand, @LucreciaAldao wrote: “I feel very sorry for Thomas Markle. He must be just as hurt as the @RoyalFamily. Why [does] @netflix call this a documentary, when it’s a Meghan fantasy sitcom?”

Meanwhile @but_an_ben was intrigued by what might have happened behind closed doors in Meghan’s household, musing: “When the only relative she had at her wedding was her mother – no siblings, aunts, uncles, or cousins – it seems that there’s more to the story.”