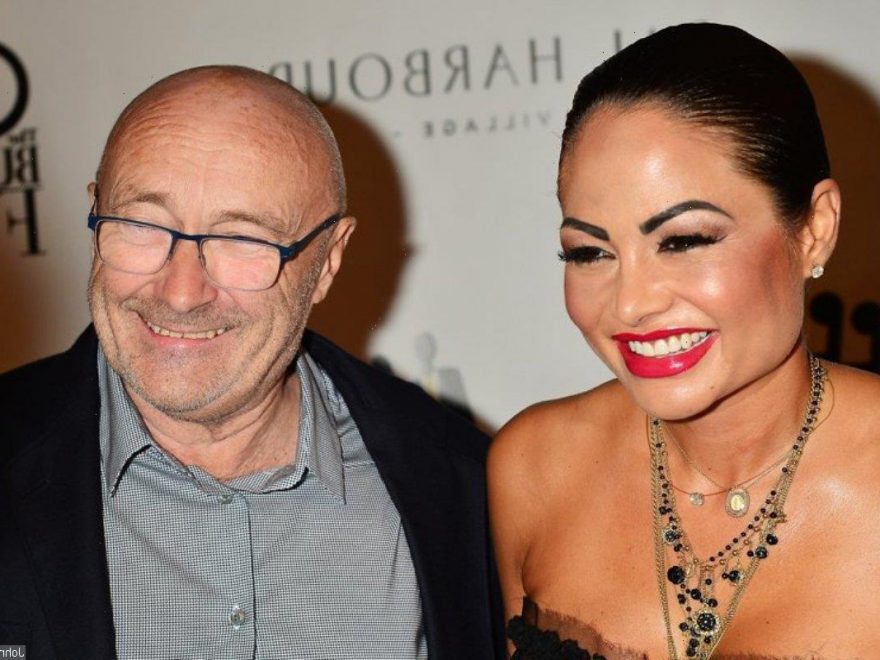 Orianne Cevey blames ‘the emotional distress’ of Covid-19 lockdown as she announces separation from her current husband Thomas Bates following a year of marriage.

AceShowbiz –Phil Collins‘ former wife Orianne Cevey, 47, has filed for divorce from her current husband, 31-year-old Thomas Bates, after just one year of marriage. Cevey, who was divorced from Collins in 2006 but got back together with the singer in 2016, secretly married Bates last year.

Cevey blamed pandemic for the breakdown of her latest marriage. “I am filing for divorce from my husband, Thomas Bates. I believe the emotional distress of the COVID quarantine caused me to act in ways and do things that were out of character,” she wrote on Instagram.

“Fortunately, I have faced challenging situations before and like I always have, I will muster the strength I can, the best team I can find and the courage to do the right thing,” she went on. “Thank you to so many who have supported me in the past – it means so much to my family and me. And to be clear: my intention is to let our attorneys deal with this resolution behind closed doors, and not in the media, which is why I am posting this statement on my personal account.”

Cevey and Bates were sued by Phil Collins last year when they occupied his house following their secret wedding. The duo eventually moved out of the property after initially refusing to leave. She later sold the star’s awards and gold records along with other memorabilia in auctions, a move that drew harsh criticisms from his family.

Cevey is currently battling her former husband in court to seek ownership of half of marital house. Amid their bitter legal feud, she claimed the singer abused alcohol and prescription medication, didn’t brush his teeth for months, stopped showering, and became “depressed, abusive and incapable of having sex.”

Phil Collins, 70, has been battling various health issues in the past few years. Despite his frail condition, he is currently touring with his bandmates. He’s no longer able to play drums and had to perform his shows from a chair due to his health.

Last month, big fan Anthrax‘s star Charlie Benante cried when attending one of Genesis’ tour stops. He sobbed watching his hero in such bad shape at the United Center in Chicago, Illinois. “Time had taken a toll And I realized that time really does fly,” Benante wrote. “Seeing Phil sitting and not being Phil was hard for me to watch.”