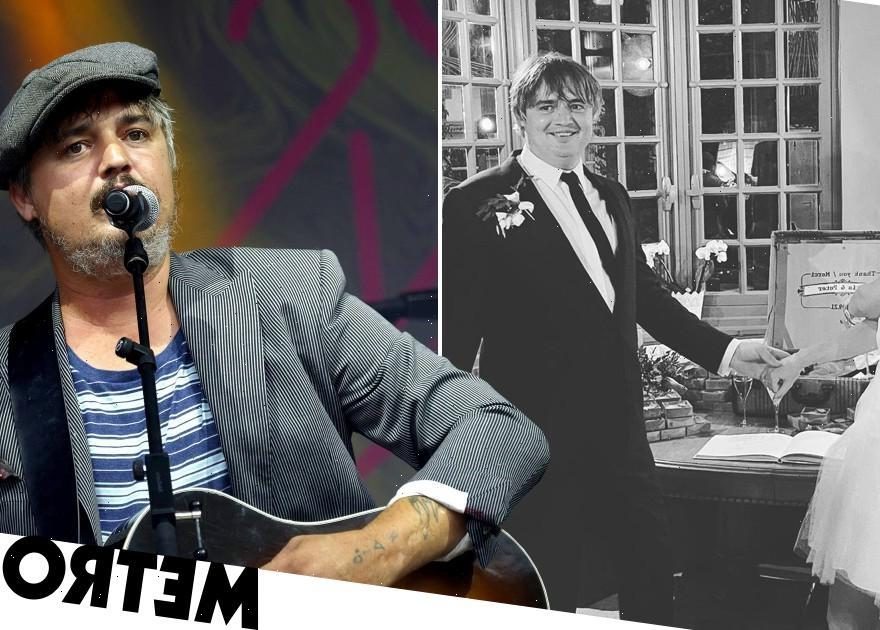 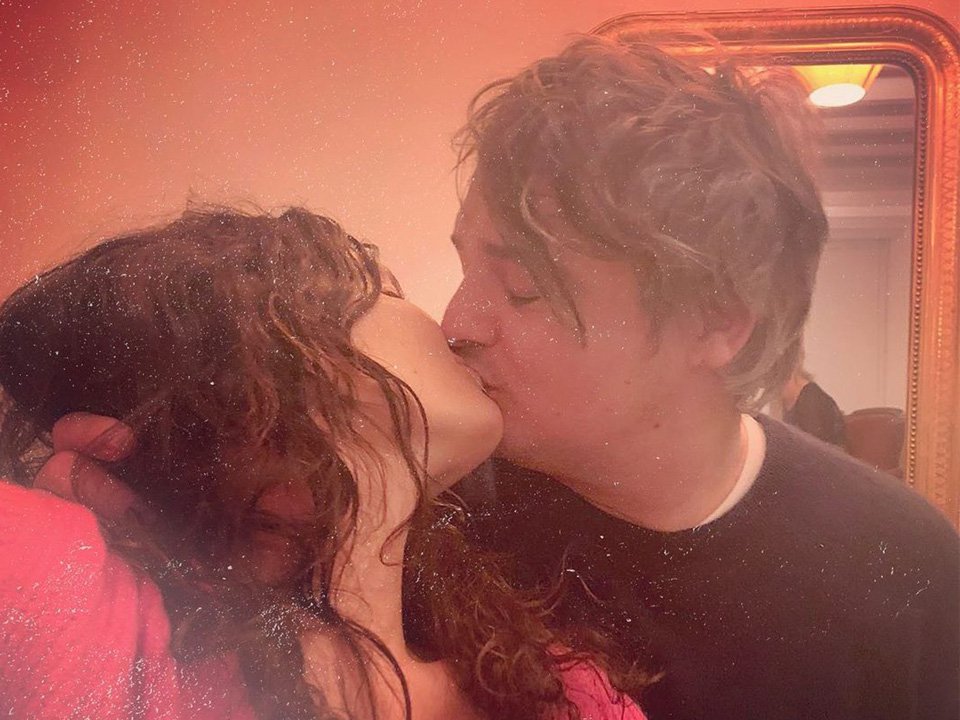 The Libertines star married Puta Madres bandmate Katia at a ceremony at the Domaine Saint Clair hotel in the French city of Etretat, where they have lived together for the past three years.

Guest David Simon shared a picture of the bride and groom to Instagram, with Pete, 42, beaming as he held his wife’s hand.

The rocker looked dapper in a dark suit and tie, while Katia wore a short tulle bridal dress and a veil dotted with stars.

In videos also shared by Mr Simon, it appears that Pete and Katia were in charge of entertainment, as they jumped on stage to perform for family and friends.

Pete also got on stage with The Libertines to perform the classic hit Don’t Look Back Into The Sun, and according to reports, his once estranged father Peter joined him to sing the 2022 track What A Waster.

The star’s mother Jacqueline and sister Amy were also present at the nuptials.

Katia’s cousin Julia Mallet also shared pictures of the bride to Facebook, and wrote: ‘When you find out your cousin got married overnight! Congratulations Peter and Katia DOHERTY!’

On Wednesday, a rep for Babyshambles star Pete confirmed that he had been engaged to Katia ‘for a while’, after the musician and film editor was spied wearing a diamond ring on her left hand in Instagram pictures shared by Trampolene frontman Jack Jones.

The couple have been dating since 2016, after meeting when they formed the band Peter Doherty and the Puta Madres.

They have settled down in Normandy together, and while he was formerly known for his rock’n’roll lifestyle, Pete has adjusted to the quiet life rather well.

Cheese and naps make up his new lifestyle, as Pete recently told The Sun: ‘I like Comté, Comté on toast. My guilty pleasure is sleeping.

‘For years and years, I would stay up for five or six days and then I would sleep for 24 hours, so now I love sleep.

‘At the moment I’m quite clean. I stopped taking heroin and ketamine.

‘I like experimenting, making cocktails with champagne, a bit of rum, orange juice, I’m coming across like a bit of an alcoholic, but I’m not — I like a nice glass of water.’

The Can’t Stand Me Now singer also recently revealed to BBC Scotland that he has been sober for over two years.

Pete said: ‘I’m in recovery I suppose, I’m two and a half years clean of heroin which is a big deal for me and yeah, I’m ticking along, writing music, still writing music.’

Prior to settling down with Katia, Pete was a headline staple due to his raucous partying, drug use and high-profile relationships.

Most famously, the musician dated Kate Moss on and off for two years after meeting at Kate’s 31st birthday party in early 2005.

After drawing a portrait of him and the supermodel in crayons and blood, Pete proposed to Kate in 2007, but they split up for good soon afterwards.

Pete is a dad-of-two, sharing 18-year-old son Astile with ex Lisa Moorish – who is also mum to model Molly with Liam Gallagher – and nine-year-old daughter Aisling with model Lindi Hingston.