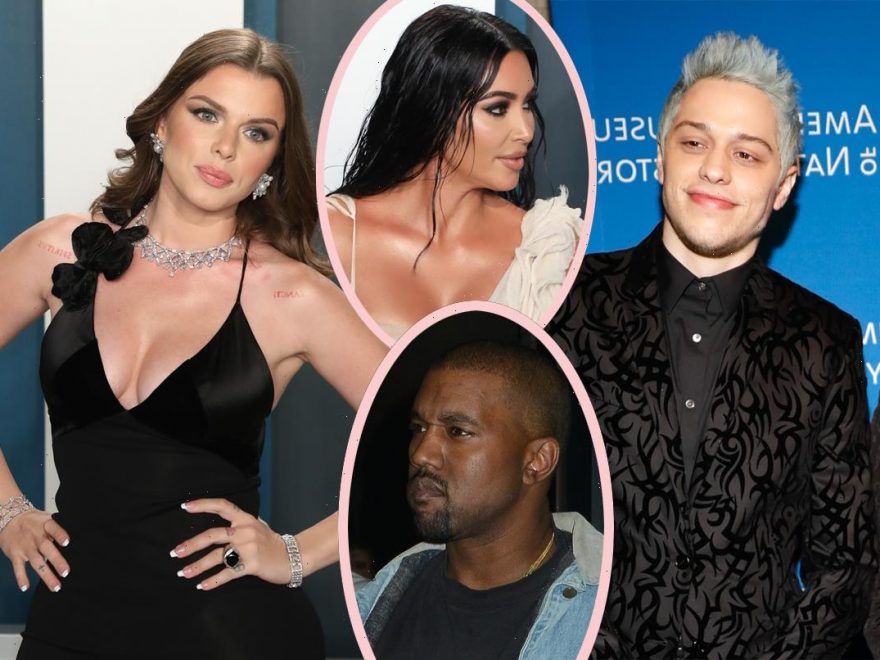 What are the odds of Kim Kardashian and Kanye West both moving on with not just younger rising stars, but rising stars who worked together??

The biggest fans of Pete Davidson will recall that huge Paper magazine profile a couple years back, AKA the photoshoot where he removed his penis.

He apparently had the idea to play against his B.D.E. reputation, so he posed as a Ken Doll — perfect and plastic and with absolutely no junk down there (see below):

Well, that photoshoot had a Barbie, too. And as it turns out, that too-perfect female counterpart to his doll? It was none other than Julia Fox!

The artist was about to make a major splash on the indie film scene with her star-making turn in Uncut Gems, but at the time she was still relatively unknown — People even misspelled her name. But wow did they make a striking toy couple!

Funny old world, huh? The photoshoot — originally from way back in November 2019 — resurfaced on Wednesday, largely thanks to Paper reminding everyone. Guess they wanted to “break the internet” again as they juxtaposed one of the pics with covers they did of Kim and Ye:

“Went their separate ways”? What is that supposed to mean??

In the original article, 13 Reasons Why actor Tommy Dorfman, who did the art direction and photography, explained the idea initially came from Pete himself:

“He’d told me he slept in a car bed as a kid I saw it immediately: this Staten Island Ken Doll version of Pete stuck in a Barbie nightmare, pills everywhere. ‘You’d be like depressed Ken,’ I said. ‘Yeah! And d**kless, like, with Ken-d**k,’ he said.”

They didn’t mention at the time how Fox got involved, just that she was also from New York City like Pete. But if you recall, Pete was kind of obsessed with the work of the Safdie Brothers, who made Uncut Gems. Remember when he couldn’t stop plugging Robert Pattinson‘s Good Time on Jimmy Fallon like a year after the fact?

Pete was also pals with one of Uncut Gems‘ producers, Sebastian Bear-McClard (if that name is familiar to you, it’s probably because he’s Mr. Emily Ratajkowski).

So with all that in mind, chances are good these two actually did know one another. Crazy, right? Just two years on, Pete is getting legitimately serious with Kim K, and all of a sudden Julia is going on multiple dates with — and introducing her son to — Kanye. Who would have thunk it, right?