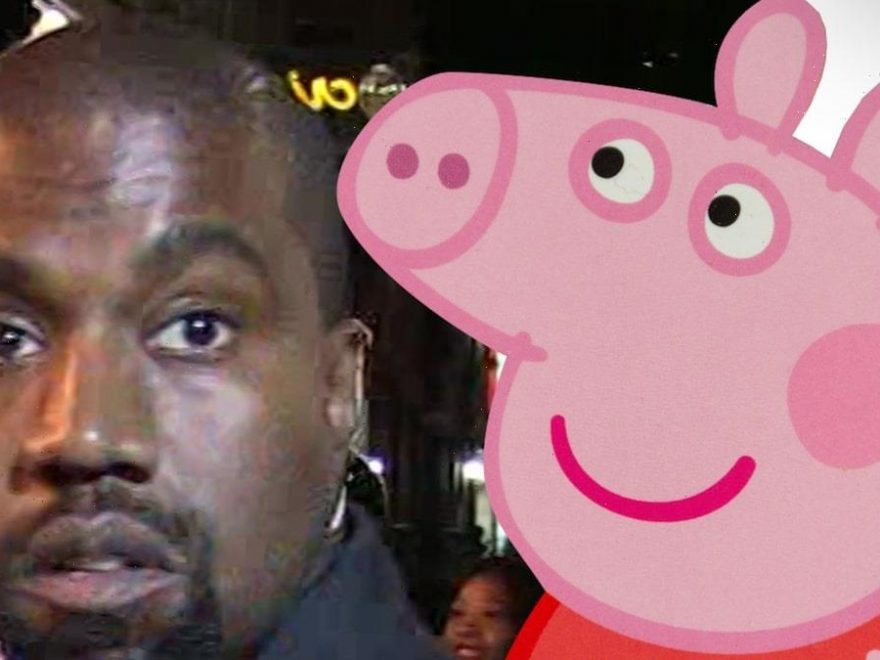 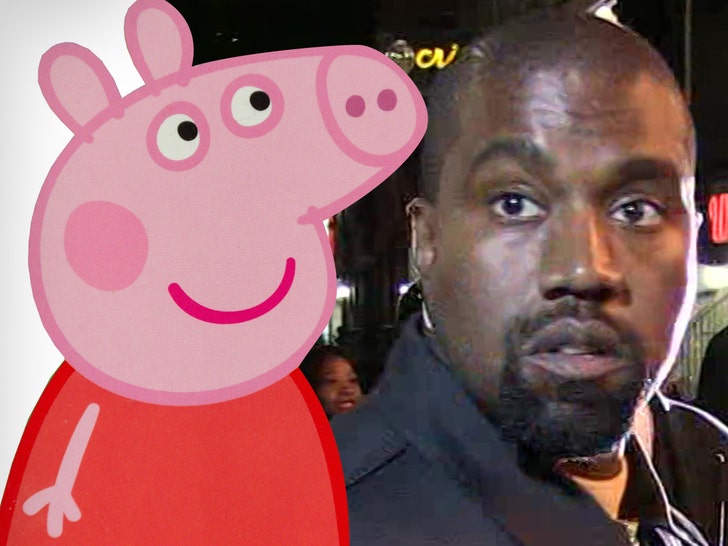 Peppa Pig is rubbing her music review in Kanye West‘s nose … trolling him because his new album came in with a lower score than an animated farm animal’s album.

Here’s the deal … Peppa Pig’s recent music offering, “Peppa’s Adventures: The Album,” earned a 6.5 out of 10 score from Pitchfork, slightly higher than the 6.0 rating for Kanye’s “Donda.”

Peppa Pig, the massively popular British TV series for preschoolers, is making sure Kanye and his fans know who got the better review, with the show’s official Twitter account throwing shade at Ye. 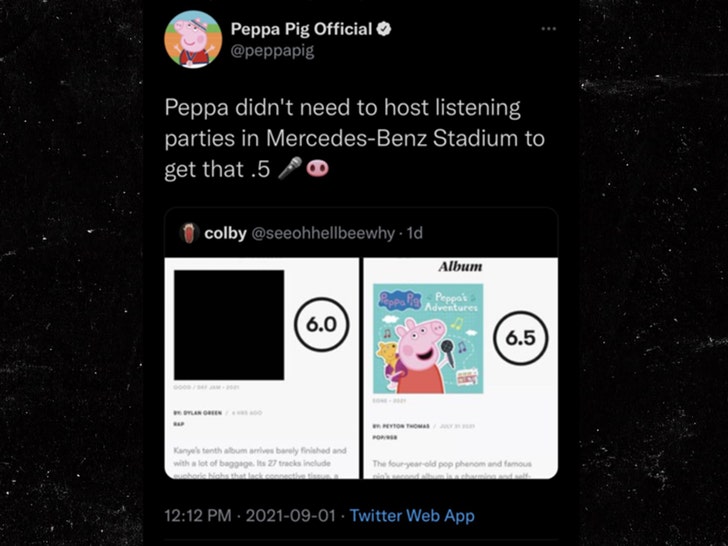 Oooh, burn! And, Peppa even did the ol’ tweet and delete … so, you know she meant it!

As you know … Kanye had several “Donda” listening parties at football stadiums in Atlanta and Chicago before last Friday’s album drop.

Peppa’s walked some of the trash talk back, but she’s still responding to her own fans who are still trolling Kanye.