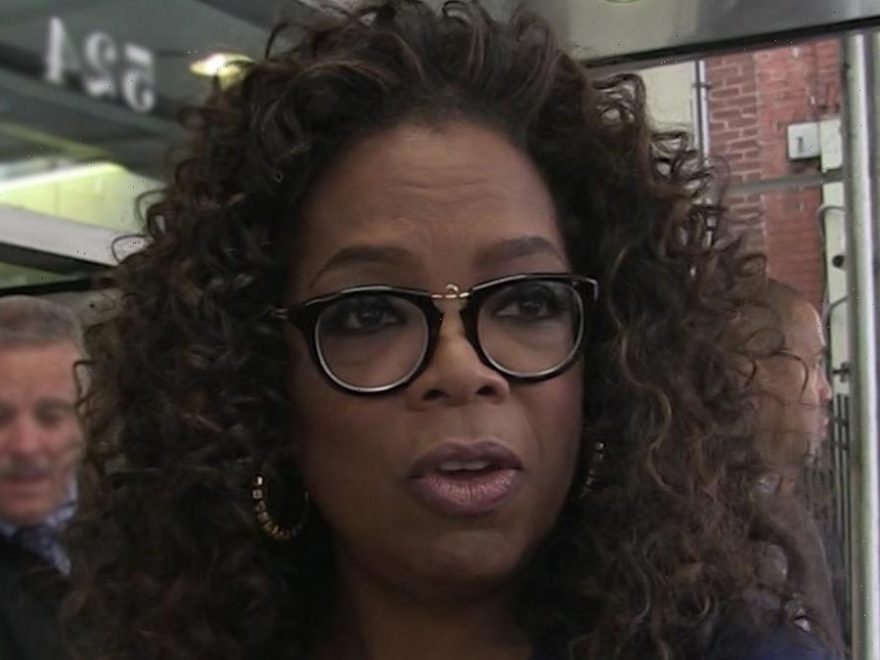 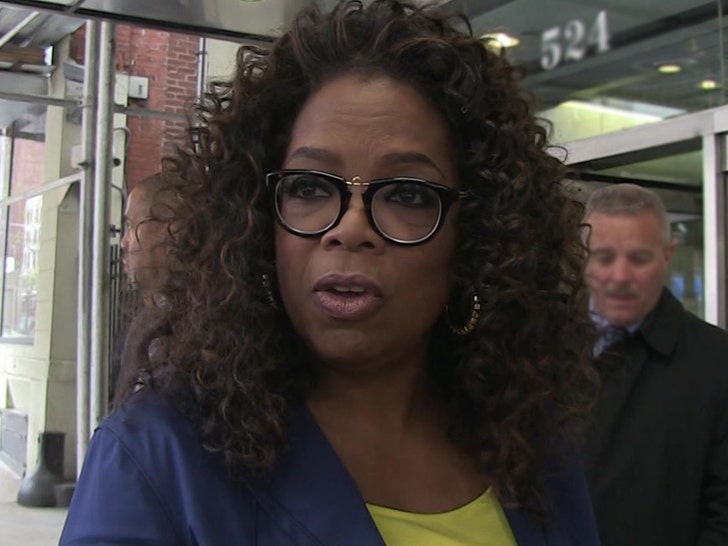 Oprah Winfrey got trolled by some idiots pushing a bizarre QAnon conspiracy theory, claiming she was arrested in a global sex trafficking ring, and sadly … she was forced to debunk it herself when her name began trending on Twitter.

Welcome to the new normal?

Oprah responded to the nonsense after her name and the bogus story — which claims, among other things, that coronavirus is a hoax created to conceal a global drug and child trafficking ring among celebrities — began trending late Tuesday night. 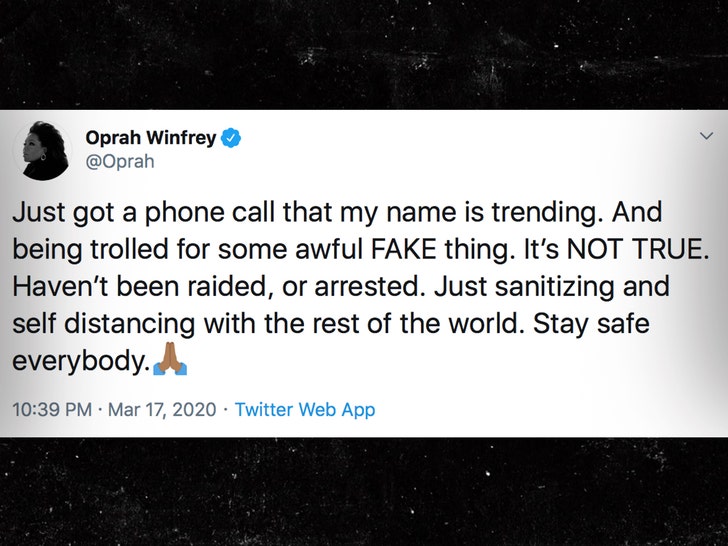 She wrote … “Just got a phone call that my name is trending. And being trolled for some awful FAKE thing. It’s NOT TRUE.”

Oprah added … “Haven’t been raided, or arrested. Just sanitizing and self distancing with the rest of the world. Stay safe everybody.”

Unfortunately, with a vast majority of the country holed up in their homes and bored on their computers … the wild conspiracy theory began to spread like a virus, and by Wednesday morning hashtags like #opraharrested and #OPRAHDIDWHAT were also trending.

And if ya aren’t familiar … QAnon followers — mostly big Trump supporters — believe there is an anonymous secret agent working in the government who shares messages and symbols showing there is a plot to overthrow the President.

QAnon wackos support the notion that the COVID-19 pandemic is “the biggest covert U.S. intelligence operation that the world has ever seen.”

By the way … the same wild story Oprah’s name was involved in also claimed Tom Hanks was actually arrested for pedophilia and is being held in Australia — and his coronavirus story is fake.