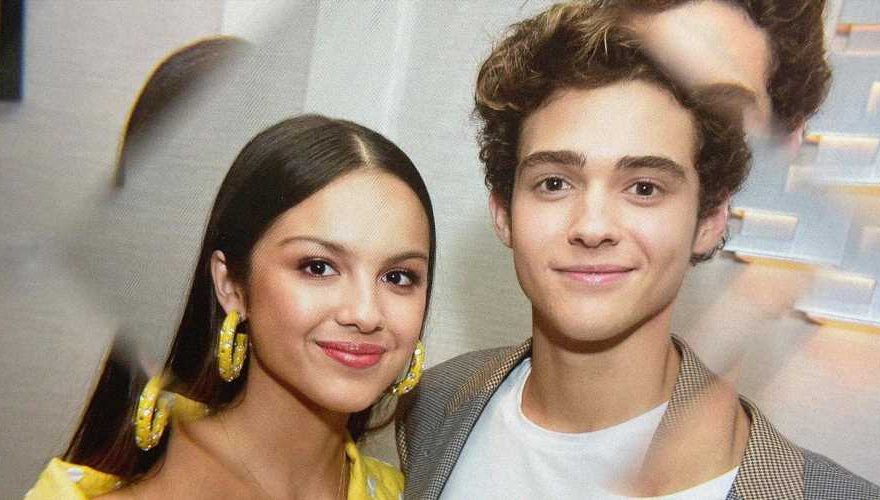 Of the thousands of TikTok trends spawned by Olivia Rodrigo's smash debut single "drivers license," my favorite was the challenge where teens would ask their partners to fake break up with them on camera so they could experience the full pain of Olivia's heartbreak anthem. I quickly tried to jump on the bandwagon, asking my boyfriend of about a year to pretend-end our relationship so I could fully process this 17-year-old's pain. Much to my dismay, my (now ex) boyfriend wouldn't give our country's emerging pop-poet laureate the time of day. I wonder if he has even heard Olivia's now-famous wail, "I still f***ing love you." I wonder if I still f**ing love him.

As an adult in my mid-twenties, I have zero shame about my unabashed love for High School Musical: The Musical: The Series and its recently legal-in-the-eyes-of-the-law cast. In fact, my love for the meta Disney+ mockumentary preceded my relationship. Rumors swirled about Olivia and her HSMTMTS co-star Joshua Bassett as soon as the series dropped in 2019, and I supported their reported courtship long before Ms. Rodrigo even had her permit. I would repeatedly ask my friends "is it OK that I have a crush on Joshua Bassett if he's over 18???" When Olivia released "drivers license," neither red lights nor stop signs could slow down my obsession. The alleged breakup sent me on a YouTube spiral to rival that of any pizza-gate QAnon-er. There are a few hour-long compilations now scrubbed from the internet (I assume the CIA got involved) featuring every Snapchatted and Instagrammed glimpse of evidence that Rodrigo actually dated her curly-brown-hair co-star. I devoured it all in the dark quar winter of 2020: footage of them hugging at Disneyland; zoomed-in shots of his hand on hers during interviews; blurred footage of them pecking in parking lots.

As I meticulously fact-checked Rodrigo and Bassett's relationship, I also inadvertently questioned the reality of my own first love. During a time when there was nothing else going on in the world, my ex only wanted to see me twice a week. He rejected most sentiment from me in person but caught me off guard when he publicized his feelings for me on our first (and only) anniversary. To this day, I scroll through my camera roll trying to piece together a relationship that I am not sure fully happened. If I felt true love for this man, why am I so incapable of stringing together a narrative for my first real serious relationship? Why was it easier to find barely-there evidence of this maybe-not-real Gen Z teeny-tiny relationship than my own?

A week before Olivia Rodrigo's debut album SOUR was released, my boyfriend finally fulfilled my January request. He broke up with me 24 hours before Olivia's all-out breakup banger "good 4 u" was released. Lucky me: I got my wish, I could fully empathize with Olivia's heartbreak. I went through all the stages of grief with this album. I regretted my own cowardly behavior as I listened to "1 step forward, 3 steps back;" I reconciled my own role as his "favorite crime;" I aggressively stalked every other man he ever brought up to the tune of "jealousy, jealousy." Whether or not SOUR is truly about an unconfirmed relationship between Taylor Swift's protege and a bisexual Harry Styles stan, it is about how to process a powerful first love that might not be fully requited.

I believe my ex-boyfriend actually loved me, but our relationship, which existed mostly during quarantine, has echoes of the incognito behavior of Olivia and Josh. My friends never met my ex, and, in the aftermath, as I poured my heart out to them, they couldn't corroborate any of the stories and behaviors I mentioned. SOUR is a tapestry of clues alluding to Bassett and his supposed other woman, Sabrina Carpenter, but it's anyone's guess whether or not any of this happened. The only proof livvies (Olivia Rodrigo stans, obviously) have is a YouTube wormhole. The only proof I have of my own breakup is a Photos app AI slideshow of pictures of us on my couch watching The Undoing.

I don't drive alone past his street like Olivia (because I live in Brooklyn and I don't have a car like some prince), but I do bike past listening to SOUR on full-blast. Just like Olivia, my friends are tired of hearing how much I miss him, but mostly because to them he never existed.

Breakups That Broke Us is a column about the failed celebrity relationships that convinced us love is dead.