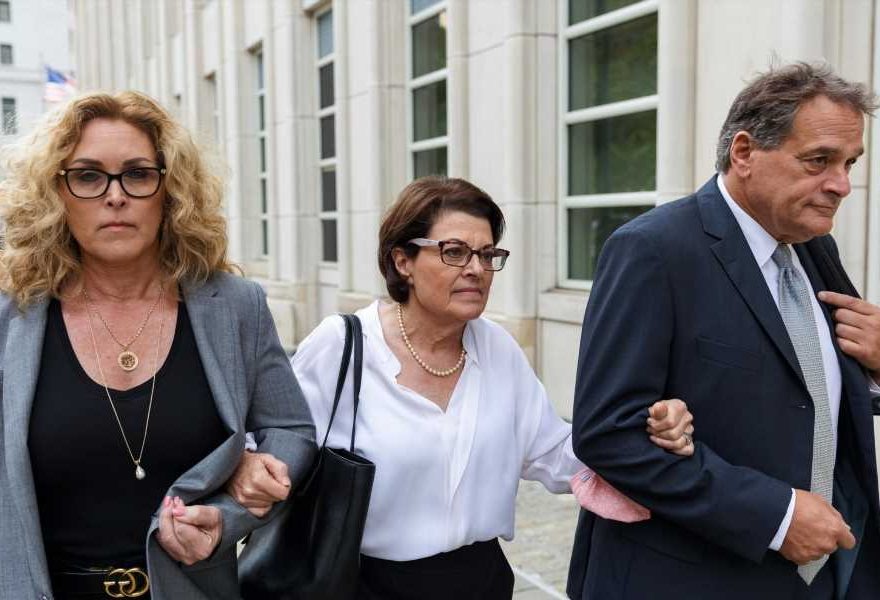 Nancy Salzman, the co-founder of the controversial self-improvement group, multi-level marketing organization, and alleged sex cult NXIVM, has been sentenced to three and a half years in prison.

Salzman, 66, pleaded guilty to one count of racketeering conspiracy back in 2019. Prosecutors recommended that Salzman serve about three and a half years in prison then, while her attorneys pushed for two years on house arrest instead of prison time.

Salzman’s sentencing comes months after NXIVM’s second-in-command, Allison Mack, received a three-year sentence and a $20,000 fine after pleading guilty to charges of racketeering and racketeering conspiracy herself. Last October, NXIVM’s enigmatic leader, Keith Raniere, was sentenced to 120 cumulative years in prison after he was found guilty in spring 2019 of seven criminal charges, including sex trafficking, racketeering, wire fraud conspiracy, and conspiracy to commit sex trafficking.

“I am horrified and ashamed that I promoted… him,” Salzman told the court, per the New York Daily News.

Salzman, a former nurse, met Raniere and helped him found NXIVM in the Nineties. The group claimed it was focused on wellness and self-help, attracting high-profile clients like Mack (a star on the CW show Smallville), the daughter of Dynasty star Catherine Oxenberg, and Seagram heiress Clare Bronfman (last year, Bronfman was sentenced to six years and nine months in prison for identity theft and immigration fraud). Within NXIVM, Raniere was accused of running a secret all-female group called DOS, where the women involved were allegedly known as “slaves” and Raniere their “grandmaster.” Members of DOS were allegedly coerced into having sex with Raniere and sending him explicit photos of themselves.

Known within NXIVM as “Prefect,” Salzman is said to have been an integral part of NXIVM operations, as well as a confidant and protector to Raniere. In a New York Times interview, Alejandro Betancourt, a nine-year member of NXIVM’s executive board, said, “Nancy was Keith’s enabler.”

Ivy Nevares, a NXIVM victim, submitted a statement at Salzman’s sentencing, which read in part: “Having trained as a psychiatric nurse, Salzman knew my condition yet did nothing to help. Instead, she leveraged my suffering against me, using it as further justification for her abuses and exploitation. She may pretend to be contrite today, but your Honor, picture the woman in this room enacting these unspeakable acts while being self-righteous. That is the Nancy Salzman I knew. That is the Nancy Salzman who nearly destroyed me.”

Salzman, however, does not appear to have been involved in the DOS sect; her lawyers have argued she wasn’t even aware of it until it became public knowledge and pointed out that prosecutors have also acknowledged as much (per CNN). Salzman’s lawyers have said that she accepts responsibility for “enabling the horrific crimes Raniere committed” and that she “feels the weight of responsibility for not making herself more aware of the enormity of what ‘Vanguard’ Raniere was doing at the helm of NXIVM, an entity that she had co-founded with him and that was her life’s work.”

Salzman’s daughter, Lauren, was also charged and pleaded guilty to racketeering conspiracy. However, she avoided jail time partly because she testified against Raniere at his trial.