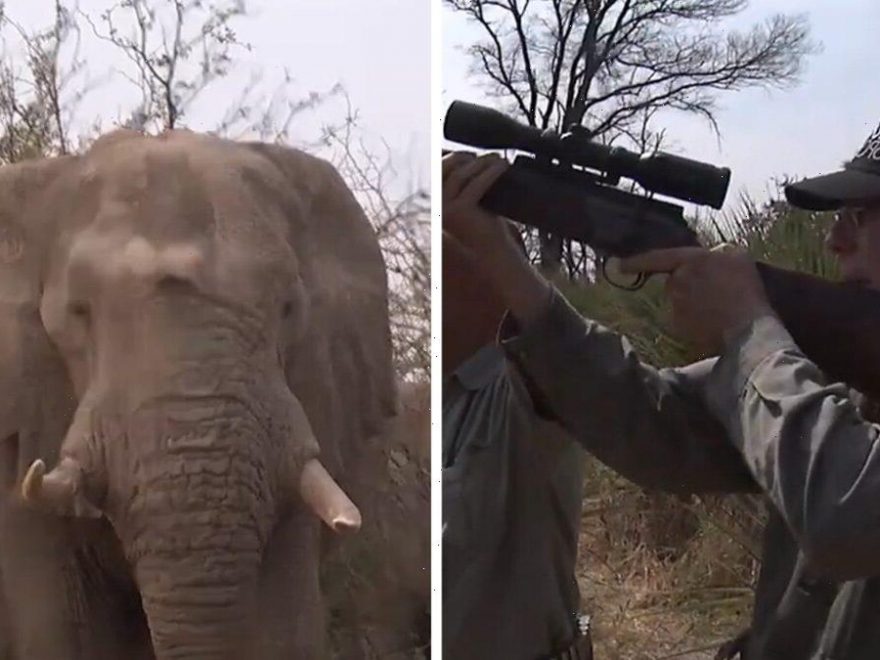 This is gonna be stomach-churning for some … video of NRA exec Wayne LaPierre and his wife hunting elephants in Africa, and his lack of marksmanship at crunch time made the brutal event even more inhumane.

The disturbing footage shows the LaPierres in Botswana during a 2013 trip, and as they trek through the bush with guides and a couple of friends, they find what they came to kill — an adult elephant grazing nearby.

The New Yorker and The Trace obtained this video of Wayne taking aim at the animal and taking it down with a single rifle shot — but one of the guides said the bull wasn’t dead, and instructed Wayne on where to aim for the kill shot. The National Rifle Association’s Executive VP took 3 more shots — from about 20 feet away — but couldn’t put the poor elephant out of its misery.

The guide finally asked someone else in the group to make the shot.

Later that day, it was Wayne’s wife, Susan‘s turn, and she killed an even bigger elephant from closer range … as it seemed to be staring right at her. It’s hard to see any “sport” in what happens in this video.

According to the New Yorker, the video was supposed to be used for a TV show called “Under Wild Skies,” but never saw the light of day … due to the NRA’s concerns about a PR blowback. Both Wayne and his wife celebrated with smiles, hugs and high fives after their kills. Susan is seen cutting off the elephant’s tail and shouting, “Victory!”

BTW, the hunt was totally legal — Botswana auctions off 100+ elephant hunting licenses each year which typically cost tens of thousands of dollars. Last year’s hunting season was canceled because of the pandemic. Sadly, the country plans to issue nearly 300 licenses this year to make good with last year’s hunters.