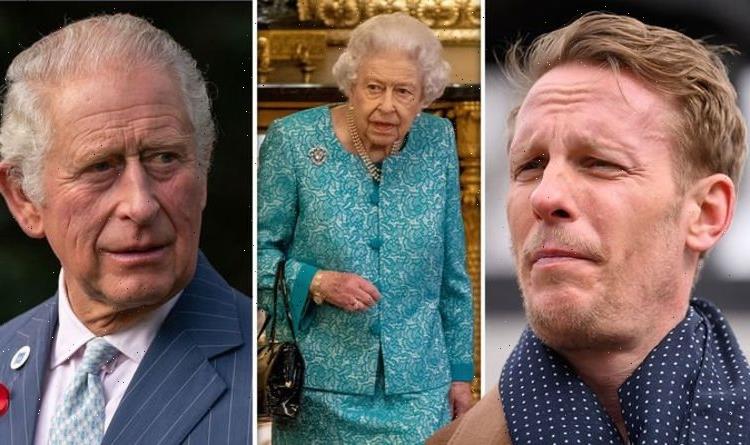 Not one to hold back on his opinion, Laurence Fox took to Twitter to suggest that the Queen should be the final monarch as he branded Prince Charles an “oaf”. The 43-year-old actor turned politician shared his thoughts alongside a video of the royal speaking to world leaders at the G20 summit in Rome today.

The Prince of Wales put forward his concerns on climate change ahead of the COP26 in Glasgow.

As part of his speech, he said: “Quite literally, it is the last chance saloon.

“We must now translate fine words into still finer actions.

“And as the enormity of the climate challenge dominates peoples’ conversations, from newsrooms to living rooms, and as the future of humanity and nature herself are at stake, it is surely time to set aside our differences and grasp this unique opportunity to launch a substantial green recovery by putting the global economy on a confident, sustainable trajectory and, thus, save our planet.”

Following his speech, Laurence took the opportunity to take a swipe at the royals in view of his 300,000 followers.

He wrote: “The queen should be our final monarch.

“Give this oaf a grouse moor and a game keeper to entertain himself with and let’s turn the [UK] into a constitutional republic.

“No more Charles. And definitely no more Harry.”

Alexander Holcroft wrote: “Hard disagree. The monarchy has stood for centuries and has brought stability to this country.”

Mary Jasper commented: “No, Laurence. I agree with much that you say, but absolutely not this. It’s not worthy of you.

“Charles is not an oaf. He is highly intelligent. As well as being our future king.”

Debra Chiles penned: “It saddens me to say it but I think you are right.”

Laurence’s remarks came after the Queen pulled out of the COP26 following an overnight stay in hospital.

On Tuesday, Buckingham Palace said the royal had “regretfully decided” to give the event a miss on doctors’ orders.

The full statement reads: “Following advice to rest, The Queen has been undertaking light duties at Windsor Castle.

“Her Majesty has regretfully decided that she will no longer travel to Glasgow to attend the Evening Reception of COP26 on Monday, 1st November.

“Her Majesty is disappointed not to attend the reception but will deliver an address to the assembled delegates via a recorded video message.”

The 95-year-old was scheduled to attend the event with Prince Charles and Camilla as well as Prince William and Kate.