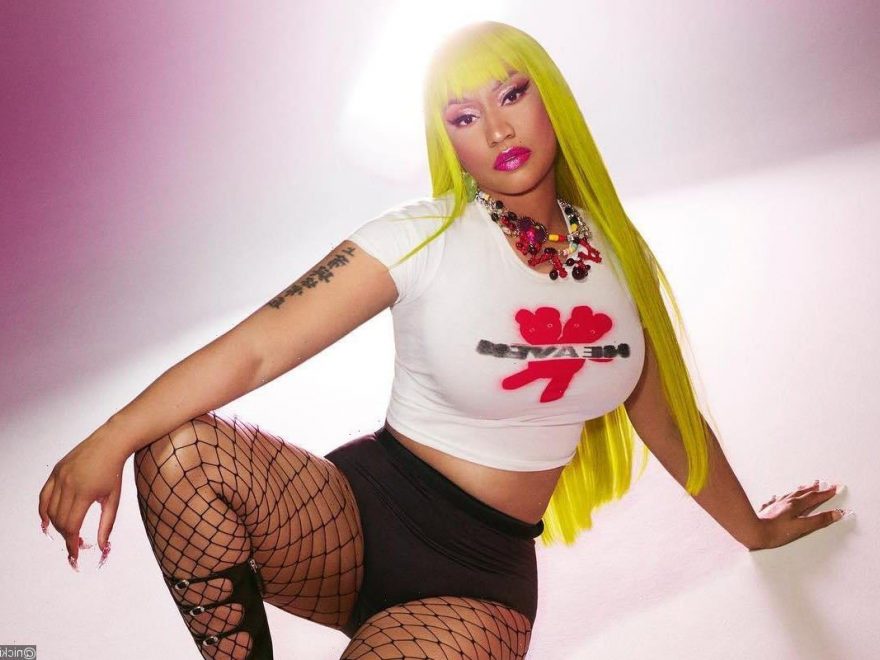 Taking to her social media account, the ‘Anaconda’ raptress insists that she ‘can and will’ only be herself when slamming a hater who says that her current lifestyle doesn’t represent her anymore.

AceShowbiz –Nicki Minaj doesn’t let anyone question her authenticity. Making use of her social media platform, the “Anaconda” raptress told an online troll to “eat s**t” after she was accused of not being “authentic.”

On Tuesday, March 29, the Trinidadian raptress took to Twitter to slam a hater who told her that her current lifestyle doesn’t represent her anymore. “Tell me you don’t know anything about Nicki Minaj w/o telling me,” the “Superbass” spitter replied. “Ppl rlly create their own perception of you then tell you not to be you. Girl eat s**t please. Thank you. out of all the 3 wishes a b***h get a b***h using 1 wish to tell me not to be who I’ve ALWAYS f**kng been.”

In a separate Twitter post, Nicki insisted that her whole “AUTHENTIC come up is fully documented for the world to see.” The 39-year-old hip-hop star continued, “YouTube is free I think still. Y’all want me 2b some rich RNB singer/pop star so bad [laughing emoji] (well not the smart ppl) they know my story. 1 thing u can never change is ur story. I can&will only be me. Take it or [leave].” 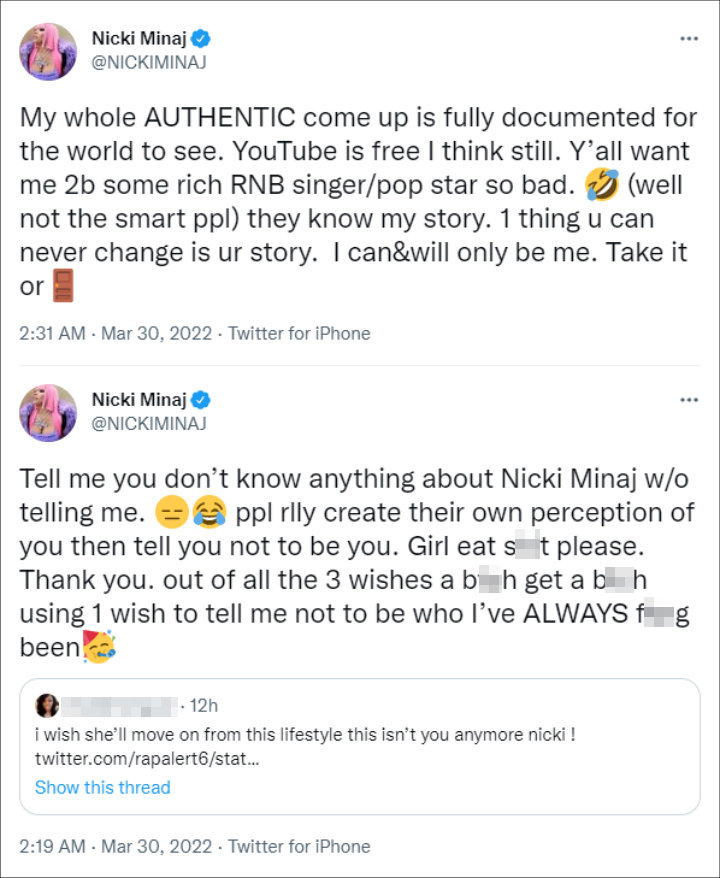 Nicki Minaj slammed a hater who said that she’s not ‘authentic.’

The criticism came shortly after Nicki attended Fivio Foreign‘s birthday following the surprise release of their collaboration “We Go Up”. With no promotion or video, the song reached #1 on the U.S. iTunes chart.

For the celebration, Nicki and Fivio could be seen having fun together at a nightclub. “We ain’t say happy birthday to the King of New York,” Nicki said at one moment. To express her genuine relationship with Fivio, she looked directly into the camera and said, “I don’t go nowhere. I just came all the way out here to tell my n***a happy f**king birthday. For the real ones only. We was going to definitely get up in here to let him know.” Fivio later responded, “Nicki Minaj on my birthday. That’s crazy.”