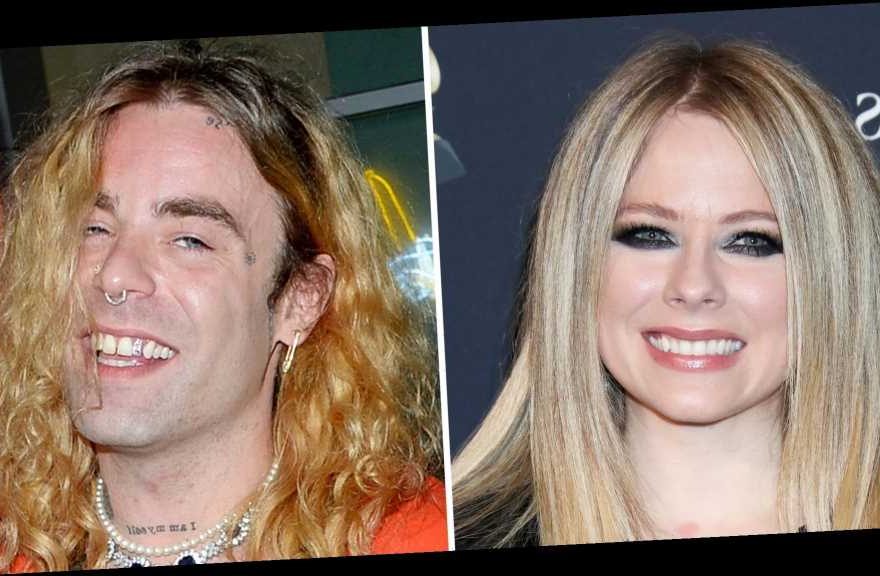 From collaborators to couple! Avril Lavigne and Mod Sun are dating after they worked together on “Flames,” Us Weekly confirms.

Avril Lavigne Through the Years

The Minnesota native has seemingly made their relationship official with a neck tattoo of Lavigne’s name, according to TMZ. Mod Sun debuted his new ink on Thursday, February 4.

The Did I Ever Wake Up? author previously dated Tana Mongeau and Bella Thorne. He and the Shake It Up alum, 23, had a wedding ceremony and exchanged vows without legal paperwork in 2018.

All of the Most Artistic Graphic Celebrity Tattoos

As for Lavigne, the Grammy nominee married Sum 41 frontman Deryck Whibley in 2006 in California, and the former couple split after three years together. “I am grateful for our time together, and I am grateful and blessed for our remaining friendship,” the Canada native wrote in a statement at the time.

She went on to date The Hills’ Brody Jenner from 2010 to 2012 before her marriage to Nickleback singer Chad Kroeger. She and the “Photograph” singer, 46, tied the knot in July 2013 in France, separating two years later.

“It is with heavy hearts that Chad and I announce our separation today,” Lavigne wrote via Instagram in September 2015. “Through not only the marriage, but the music as well, we’ve created many unforgettable moments. We are still, and forever will be, the best of friends, and will always care deeply for each other. To all our family, friends and fans, thank you sincerely for the support.”

Celebrities Who Have Been Married Three Times or More

Us broke the news of their split one month prior, a source saying, “It’s over. He has been going around L.A. telling people that they are divorcing.”

In February 2019, the voice actress called Kroeger “family,” gushing, “We’re actually really close, because that was a more recent relationship. He was with me through a lot and is a really protective person in my life.”

Lavigne most recently dated billionaire Phillip Sarofim for one year before splitting in November 2019.