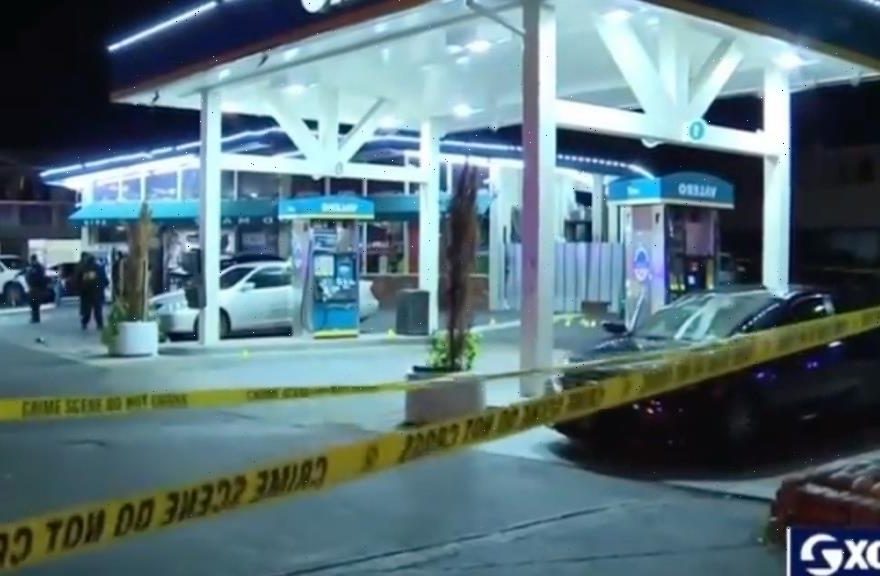 In what amounts to the third mass shooting in California in as many days, seven people were wounded and one killed during what local news reports characterized as a music video shoot on and Oakland street last night. It happened at a Valero gas station where, apparently, there was some sort of production taking place.

Jennifer Coolidge Is Hasty Pudding's 2023 Woman of the Year

The deceased was reportedly an 18-year-old male resident of the city.

It’s unclear what the nature of the music video was or if it was permitted, but one local resident objected not just to the tragic shooting, but to the production itself.

“You can’t use a neighborhood as a prop,” Jerald W. Vallan Sr., an architectural designer and longtime Millsmont resident who operates a nearby business, told the Oakland Tribune about the music video being produced at the Valero gas station on the corner of MacArthur Boulevard and Seminary Avenue in the Millsmont neighborhood in East. Vallan Sr. had a bullet pierce the glass of his shopfront.

Here is the full written statement from the Oakland P.D.

The Oakland Police Department (OPD) is investigating a shooting that occurred on January 23, 2023, in the 5900 block of Macarthur Blvd, just after 6:00 PM.

OPD officers were dispatched to the area to investigate a ShotSpotter activation. During the course of the investigation, officers learned there was a shooting between several individuals.

Officers arrived on scene and located several casings but did not locate any victims on scene. OPD Communication Division received notification of multiple gunshot wound victims self transporting to several area hospitals.

At this time, we are aware of eight victims, one who is deceased and the remaining victims were listed in stable condition.

The deceased victim’s identity is being withheld at this time pending notification to next of kin.

The shooting took place hours after a gunman killed seven people and critically-wounded another in Half Moon Bay near San Francisco and less than 72 hours after 11 people were killed at a dance studio in L.A.’s Monterey Park on Saturday night.