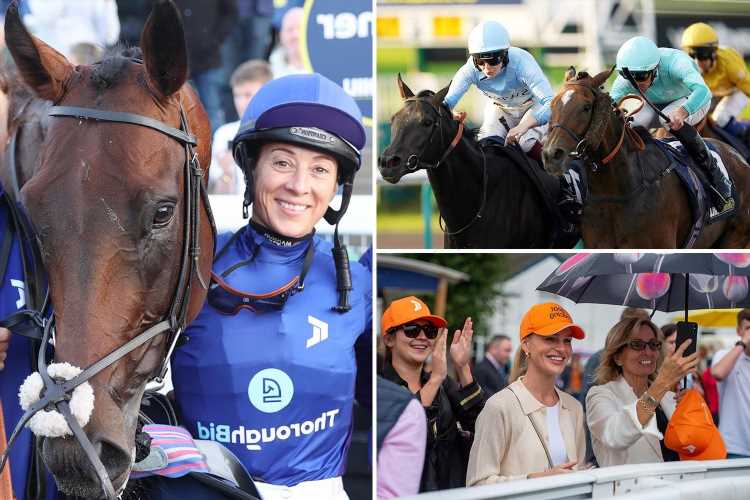 A SHOT at history and the small matter of £2million is up for grabs in the blockbuster finale to the Racing League tonight.

The thrilling six-week series draws to a close in nail-biting fashion at Newcastle. 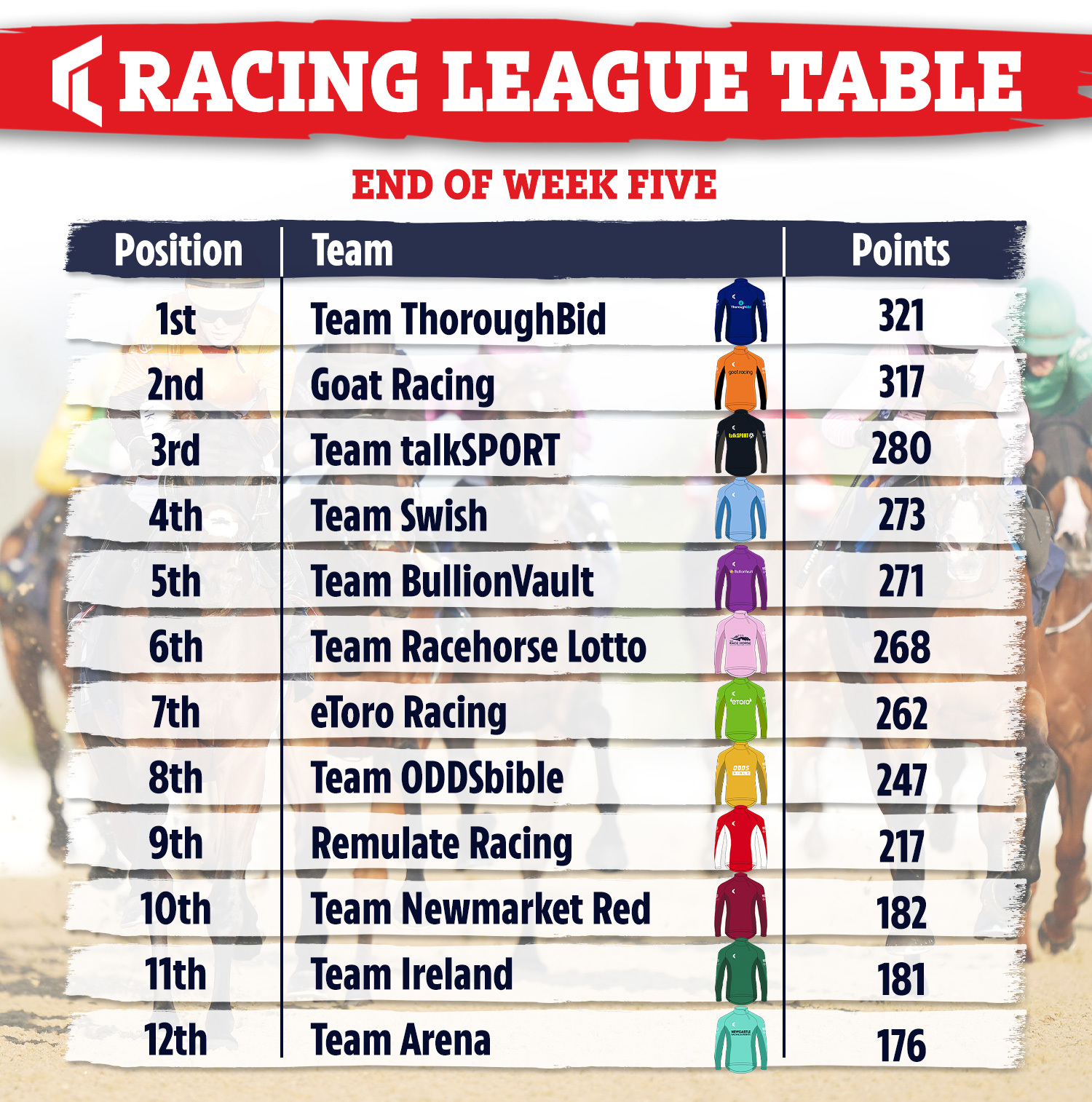 Although Louis Steward, who is tied with Turner on 207 points, will crucially miss the final six races due to a whip ban.

That means Turner's closest pursuer on the night is Team talkSPORT's Jack Mitchell on 200 pooints.

Martin Dwyer of Team ODDSbible and Osborne come next on 186 and 181 points respectively.

Steward told SunSport he hopes he can still sneak third despite missing Newcastle.

He said: "It’s a shame to miss the last one as I’ve loved every minute of it!

“I wanted to be involved from the off so it was great how it worked out as I started to get a few more rides from Charlie Fellowes and others on the GOAT team.

“I think Jack might win it, he has a great batch of rides. It would be silly to rule out Hayley though, she has near enough a full book! Saffie looks like the one with the most to do." 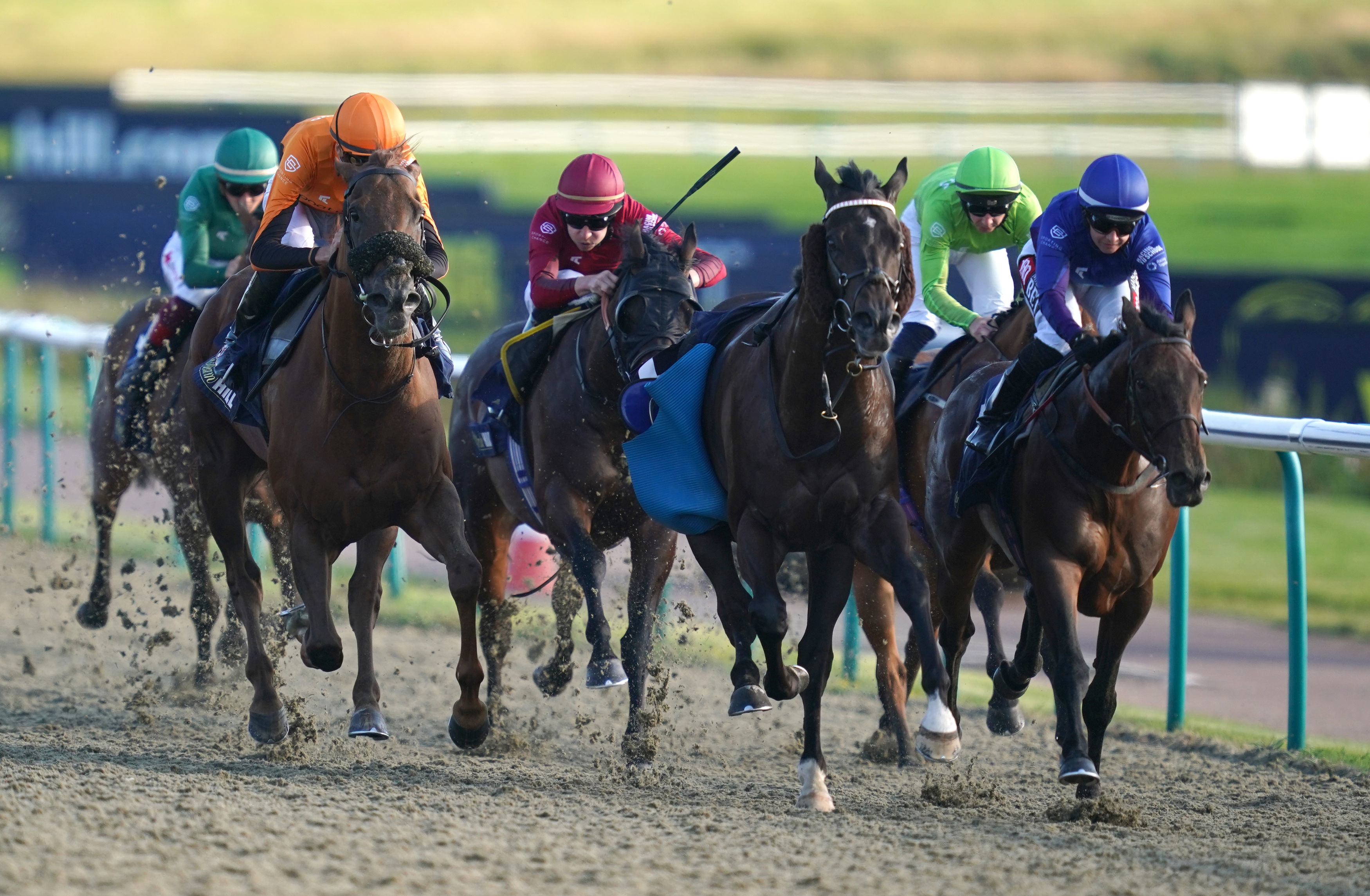 While any new event will not be without its hitches, fans, jockeys and trainers have voiced their support for the new initiative.

Signed up for another year at least, the Racing League will be back next summer for more big-money racing.

Andy Ash, founder and chairman of Racing Manager, says the Racing League is a perfect example of why and how the sport needs to change.

He said: "Sometimes an industry can become so focused on its problems that it fails to see the wood from the trees.

"One of the relatively few points of unanimous agreement across the racing industry relates to the paucity of prize money, along with the resultant drop in ownership numbers and increase in good horses being sold to race abroad.

"There is rather less agreement on solutions or on the irrefutable fact that in order to see increased prize money, racing simply has to innovate and change to grow. 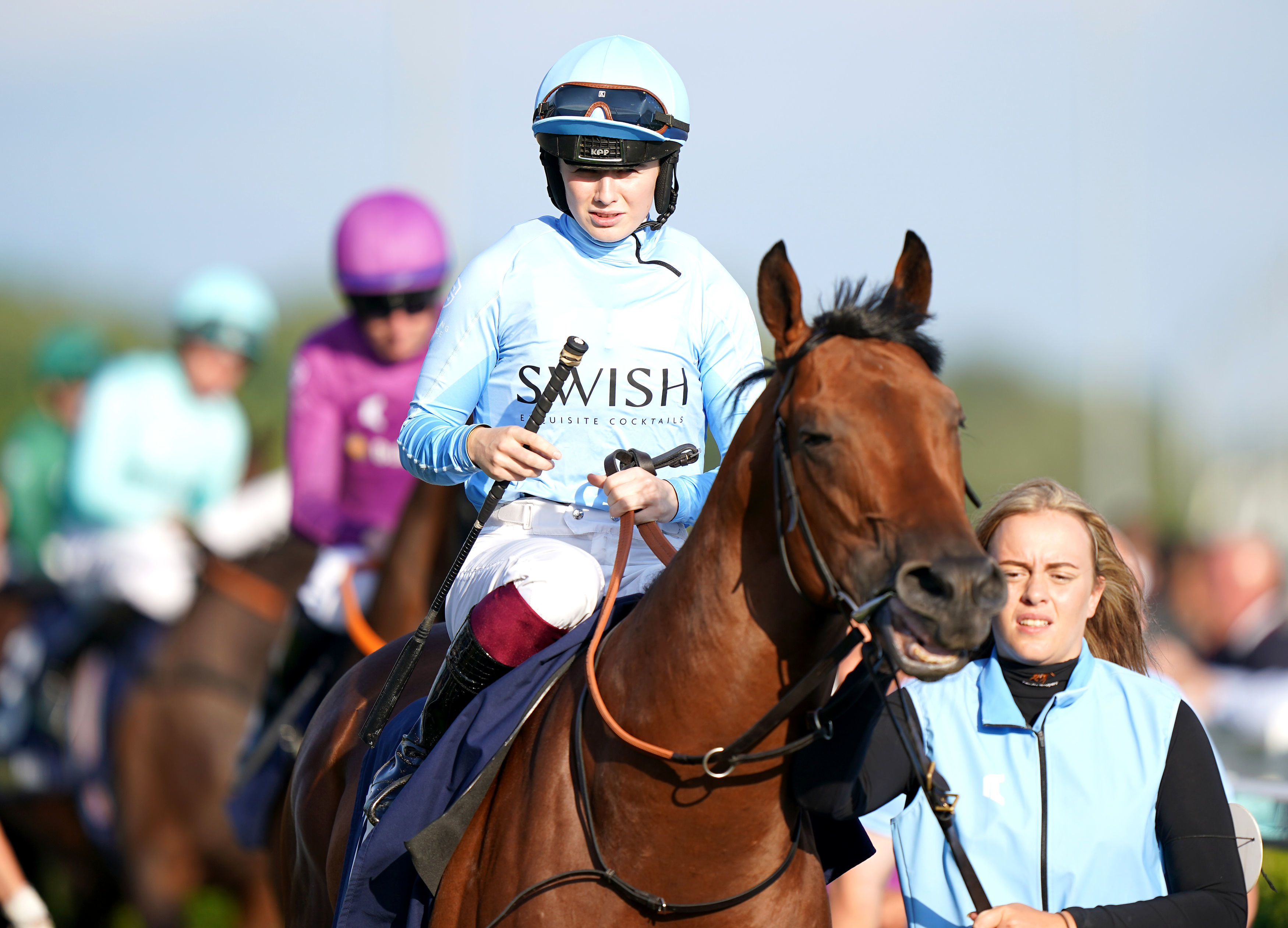 "The Racing League is an interesting case in point. A new venture, bringing a fresh £2m of prize money to the sport, has received a warm welcome from some in the sport, derision and outright hostility from others.

"Like many ‘new’ ventures it is (and I am sure that those in charge of The Racing League would agree) a nascent enterprise but has undoubted potential, over time, to evolve into a widely welcomed and exciting innovation, as T20 has become in cricket, which itself was viewed with disdain by many when the concept was born.

"The wide range of people involved in trying to make the Racing League a success have shown that racing can unite in change and at the same time rather enjoy it!

"The Racing League is definitely a great example of this exciting change and The Racing Manager is thrilled to be part of it."