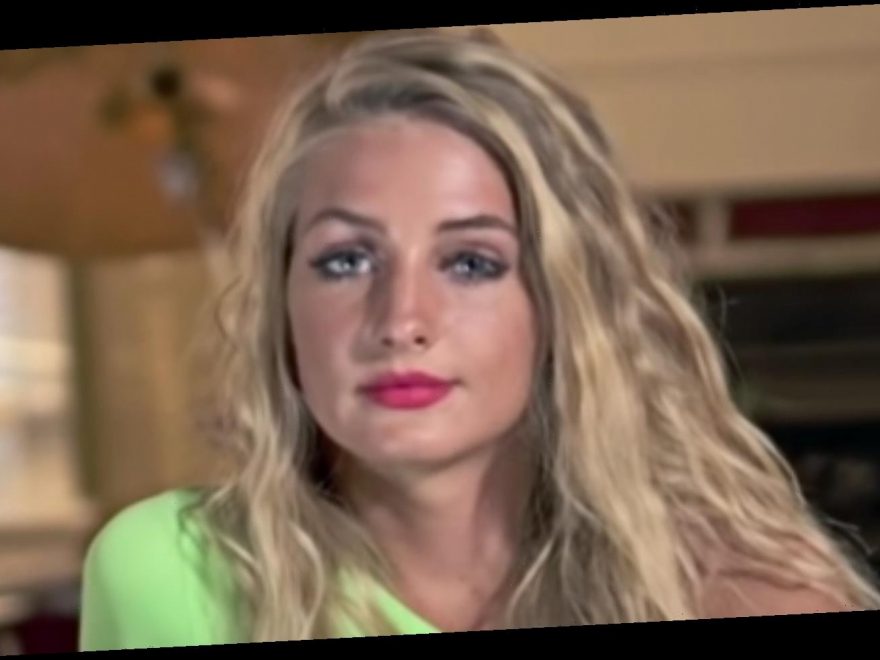 TLC is known for bringing viewers some of their favorite, binge-worthy reality shows, and Welcome to Plathville is a fan-favorite that isn’t afraid to bring family drama to the small screen. The show, which follows the lives of Kim and Barry Plath and their nine children, has been a staple on the network since its debut in 2019. And although the show’s season second wrapped in Jan. 2021, fans of the hit reality series are still curious about every detail when it comes to each of the Plath kids — especially Moriah Plath, who may or may not have emancipated herself from her family when she was just 17 years old (via TV Shows Ace).

Throughout the last two seasons, fans have noticed a particular symbol that Moriah seems to wear on her clothes and accessories, and the symbol also shows up in her social media posts from time to time. That symbol is the anchor, and it has a particularly special meaning to the second oldest Plath daughter.

In a picture posted to her profile late in 2020, which either appeared on her Instagram Story or has since been deleted, Moriah Plath revealed to her 244K Instagram followers just exactly what the anchor means to her. “In case anyone is wondering why I love anchors so much [black heart, anchor emoji] just one of my gazillion reasons,” she captioned a screenshot of the symbol above an explanation of the symbol (via SoapDirt), which reads, “Symbolizing strength & stability, something (or someone) who holds you in place and provides you the strength to hold on no matter how rough things get.”

And although Moriah and her boyfriend, Max Kallschmidt, broke up on an episode this past season, one scroll through Moriah’s Instagram page will tell you that the couple is fully back on, as she’s posted numerous pictures with her man, who many fans think is her “anchor” — thanks to the anchor emoji she’s been using in her captions of pictures of the two of them. “You made 2020 worth it! [red heart] Every part of it [black heart, anchor emoji] I love you,” she wrote in a post on Jan. 1. Moriah also used the same emojis in her recent Valentine’s Day tribute to Max, which is further confirmation that her anchor necklace is likely representative of her and Max’s relationship.