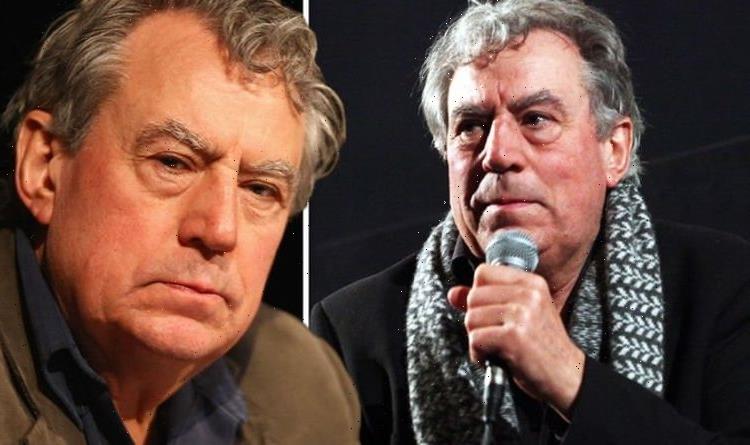 Terry Jones’ children have reportedly launched a legal battle with their late father’s widow over the contents of his will. Bill, 45, and Sally Jones, 47, claim that their Monty Python actor father’s will does not stand, after he left his estate and home in Highgate to Swedish clothing designer Anna Soderstorm, 38, following nine years of marriage.

She has no plans to disinherit his children

His two children from his first marriage have now reportedly launched a legal battle.

They say that due to his dementia diagnosis, he did not have the mental capacity and are now claiming for “reasonable provision” to their father’s estate under the 1975 Inheritance Act, according to The Sun.

The fashion designer met the Monty Python actor in 2005 and they were married for almost a decade before his death.

In March this year, the Swede sold the property in Highgate for a reported £2.8 million.

Despite the contents of the will not having been disclosed, she is thought to be the main beneficiary of the actor’s will.

Sources have claimed that the money from the sale has gone towards legal fees in the High Court battle .

The designer is said to have been left “baffled” by their claims, with an insider insisting that she had no plans to remove either of her late husband’s children from the will.

“Anna has been left baffled by it. She has no plans to disinherit his children,” they told The Times.

They continued: “They are directors of the company that receives his royalties and she’s happy for that to continue — that is where the real value is.

“Anna is not a gold-digger, she is a very accomplished woman and they were together in a relationship for around 17 years.”

Terry and Anna met when she was 23 and a student at Oxford University.

The star was previously married to Alison Telfer, with whom he shares Bill and Sally.

In 2012 Terry and Anna married and settled in Highgate with their daughter, Siri.

Terry was diagnosed with primary progressive aphasia, a rare form of dementia which typically worsens over time.

Last January, Terry Jones died at his home in Highgate following a battle with dementia.

Following his death, tributes to the star poured in from his former co-stars.

Graham died in 1989 following a battle with cancer.