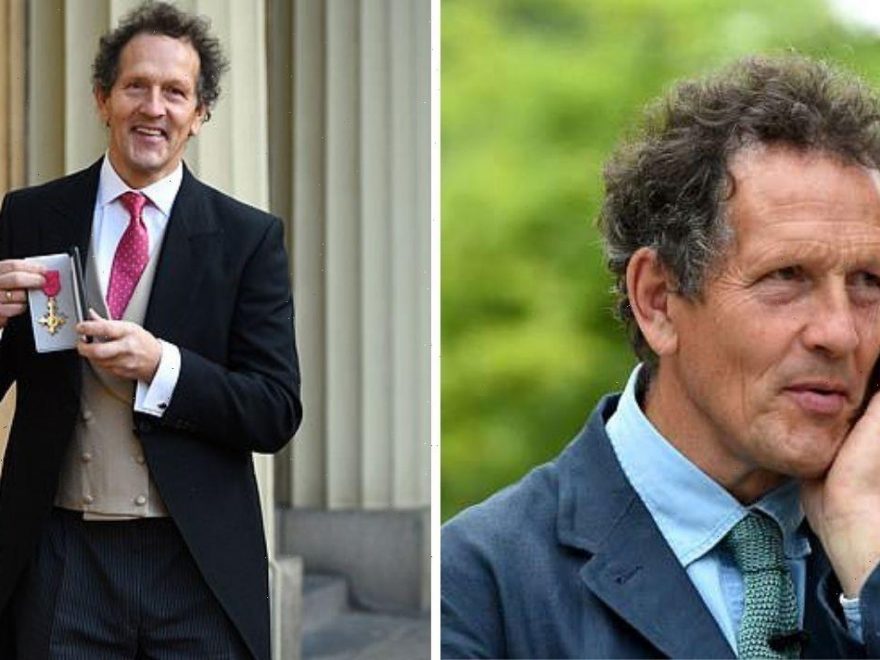 Monty Don, 66, has taken to Twitter to show off his latest award after a recent chat with the Queen. The Gardeners’ World host said he received the Victoria Medal of Honour (VMH) – an award dedicated to British horticulturalists – and was presented to him by the Royal Horticultural Society Chelsea Flower Show yesterday.

He posted a photo of the medal to his 262,300 followers on the micro-blogging site.

In the caption, he explained how he had a jam-packed day when he attended the outdoor event.

He said: “The Victoria Medal of Honour presented to me by the Royal Horticultural Society at Chelsea today.

“I also gave the address at the President’s lunch. Later I met and chatted to Her Majesty the Queen.

“Oh and I filmed all day for tonight’s programme at 8pm on BBC2. Quite a day!”

@Sassyhome wrote: “Looking wonderful with your shiny new medal, and quite chuffed to chat with HRH the Queen.

“Couldn’t be happier for you and all your hard-earned honours.”

“The programme is a national institution. I’m sure Geoff would be proud of you as well.”

@1everend said: “Many, many congratulations Monty… Wow, what a Day!!

“It couldn’t have happened to a better man. I speak for millions who love your work..”

It comes after fans were seriously concerned about Monty’s well-being earlier this month.

The star was bedridden for days last week after contracting coronavirus.

On Instagram, the Gardeners’ World host admitted that having the illness hadn’t been “fun” but reassured fans he was feeling “better”.

Monty began his career in a television debut as a regular on ITV’s This Morning with a gardening segment in 1989.

This led to further work throughout the 90s on his own shows for BBC and Channel 4.

Monty replaced Alan Titchmarsh as the lead presenter of Gardeners’ World in 2002, only leaving the show between 2008 and 2011 due to illness.

Since then he has written and produced several garden series of his own; the most recent was Monty Don’s Adriatic Gardens which aired in 2022.

Gardeners’ World airs on Friday on BBC Two at 8pm.