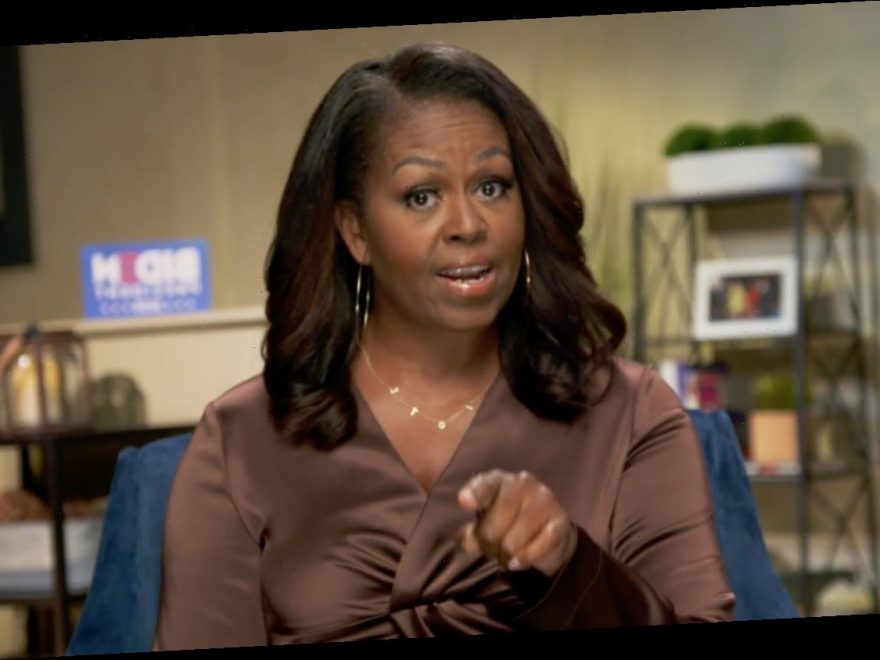 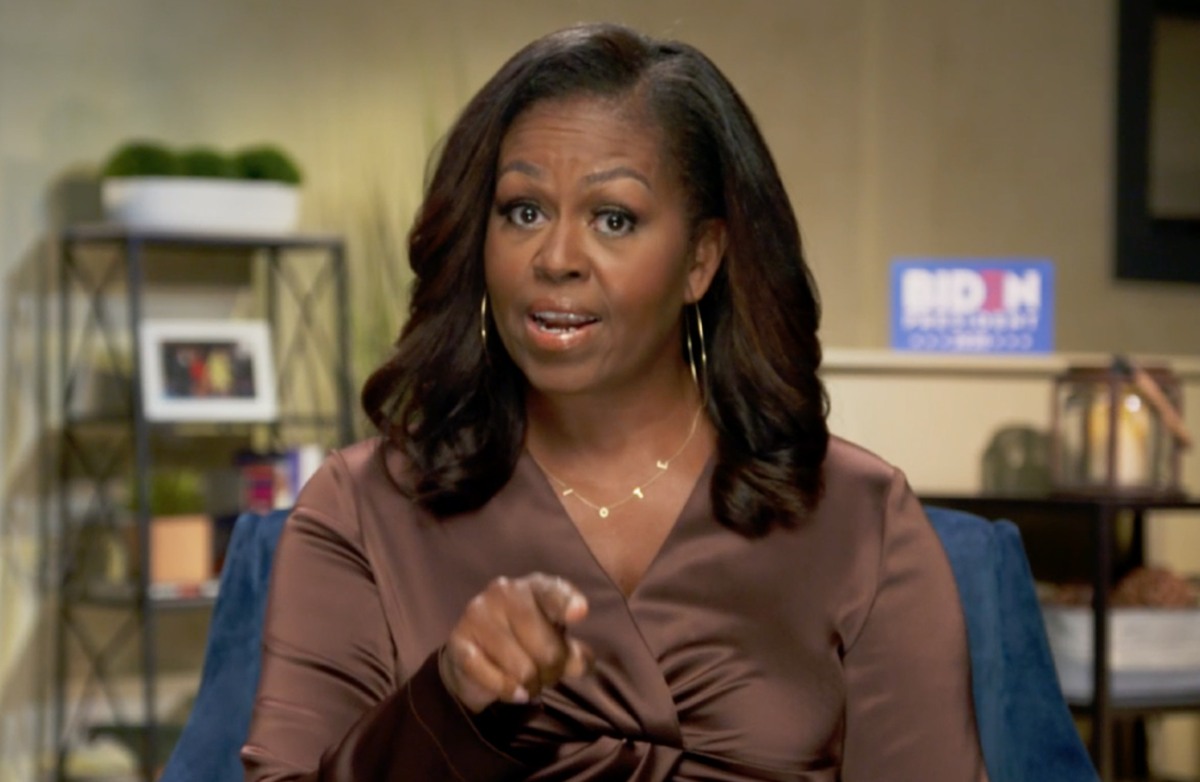 Michelle Obama’s 2016 “when they go low, we go high” speech was right for her. It was a good, classy message from the outgoing First Lady, a plea for decency and mutual respect in the face of abuse, fascism, racism and misogyny. As it quickly turned out, going high was never really an option for the rest of us. And maybe Michelle has come around to that as well. I don’t blame her for trying, for wanting the American people to be better, to handle every part of this ordeal with grace. But that’s over now. Michelle knows. She issued a statement on Thursday, and she read Donald Trump for filth. Some large sections of her statement:

“I woke up yesterday elated by the news of Reverend Raphael Warnock’s election victory. He’ll be Georgia’s first Black senator, and I was heartened by the idea that the senior pastor of Ebenezer Baptist Church—the home parish of Dr. King and a spiritual and organizational hub during the Civil Rights Movement—would be representing his state in the United States Senate…

In just a few hours, though, my heart had fallen harder and faster than I can remember. Like all of you, I watched as a gang—organized, violent, and mad they’d lost an election—laid siege to the United States Capitol. They set up gallows. They proudly waved the traitorous flag of the Confederacy through the halls. They desecrated the center of American government. And once authorities finally gained control of the situation, these rioters and gang members were led out of the building not in handcuffs, but free to carry on with their days.

The day was a fulfillment of the wishes of an infantile and unpatriotic president who can’t handle the truth of his own failures. And the wreckage lays at the feet of a party and media apparatus that gleefully cheered him on, knowing full well the possibility of consequences like these. All I know is that now is a time for true patriotism. Now is the time for those who voted for this president to see the reality of what they’ve supported—and publicly and forcefully rebuke him and the actions of that mob.

It all left me with so many questions — questions about the future, questions about security, extremism, propaganda, and more. But there’s one question I just can’t shake: What if these rioters had looked like the folks who go to Ebenezer Baptist Church every Sunday? What would have been different? I think we all know the answer.

This summer’s Black Lives Matter protests were an overwhelmingly peaceful movement—our nation’s largest demonstrations ever, bringing together people of every race and class and encouraging millions to re-examine their own assumptions and behavior. And yet, in city after city, day after day, we saw peaceful protestors met with brute force. We saw cracked skulls and mass arrests, law enforcement pepper spraying its way through a peaceful demonstration for a presidential photo op. And for those who call others unpatriotic for simply taking a knee in silent protest, for those who wonder why we need to be reminded that Black Lives Matter at all, yesterday made it painfully clear that certain Americans are, in fact, allowed to denigrate the flag and symbols of our nation. They’ve just got to look the right way. What do all those folks have to say now?

Seeing the gulf between the responses to yesterday’s riot and this summer’s peaceful protests and the larger movement for racial justice is so painful. It hurts. And I cannot think about moving on or turning the page until we reckon with the reality of what we saw yesterday. True progress will be possible only once we acknowledge that this disconnect exists and take steps to repair it. And that also means coming to grips with the reality that millions voted for a man so obviously willing to burn our democracy down for his own ego.

I hurt for our country. And I wish I had all the solutions to make things better. I wish I had the confidence that people who know better will act like it for more than a news cycle or two. All I know is that now is a time for true patriotism. Now is the time for those who voted for this president to see the reality of what they’ve supported—and publicly and forcefully rebuke him and the actions of that mob. Now is the time for Silicon Valley companies to stop enabling this monstrous behavior—and go even further than they have already by permanently banning this man from their platforms and putting in place policies to prevent their technology from being used by the nation’s leaders to fuel insurrection.”

An infantile and unpatriotic president? Ma’am!!! “Millions voted for a man so obviously willing to burn our democracy down for his own ego…” Yes, that’s it precisely. What I love about this is that… Michelle didn’t really need to make a statement. Her husband issued a statement on Wednesday evening, and I think everyone is clear on how the Obamas feel about Trump. So I like to imagine Michelle sitting with her thoughts for a day and then deciding to call Donald Trump an infantile and unpatriotic president. 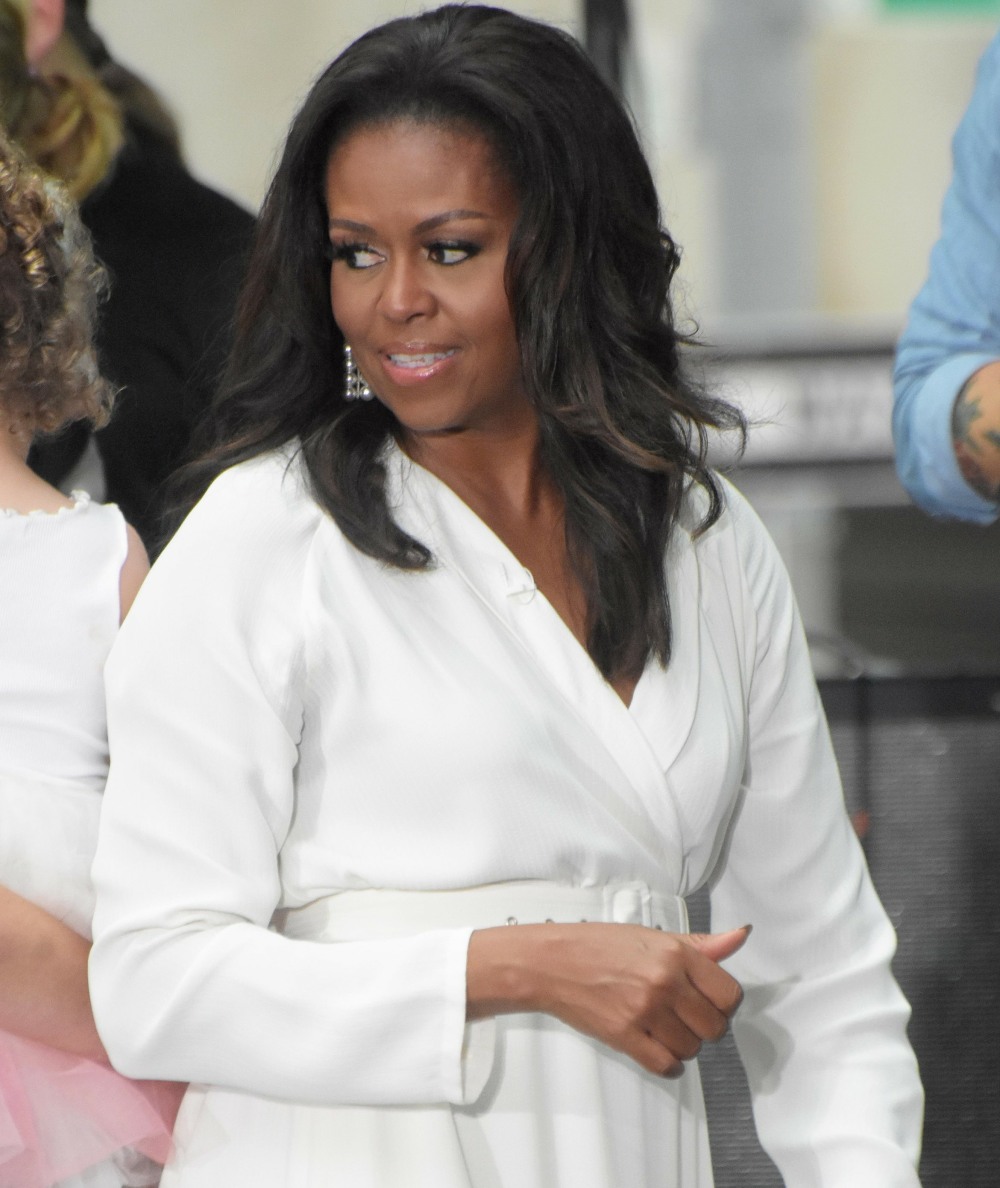