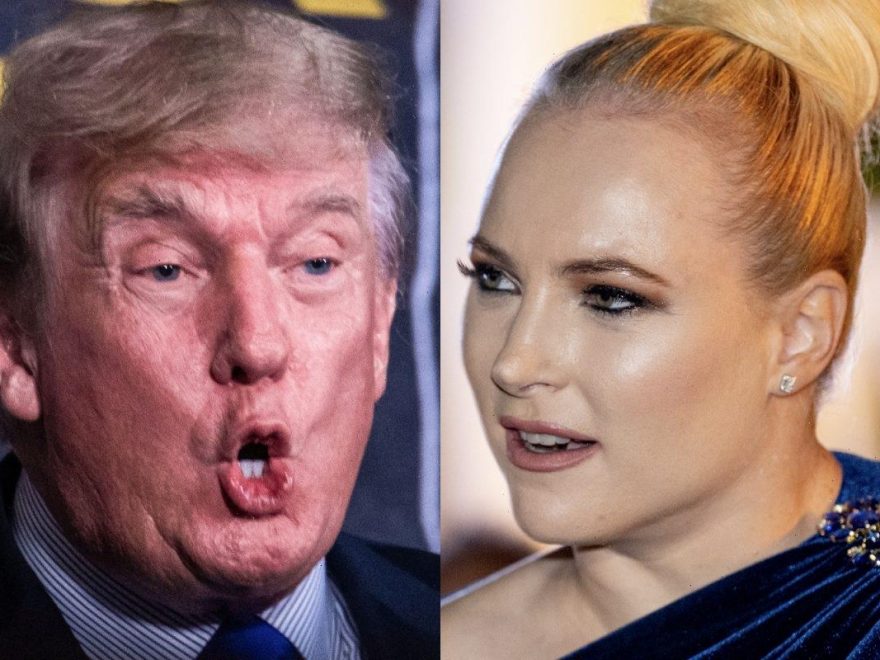 Meghan McCain released a tell-all book about her time on The View that is causing headlines. The Republican pundit has not been shy about calling out her perceived “toxic” work environment on the ABC talk show. In the middle of all the messiness, Donald Trump came out to slam McCain for the book calling her a “bully” and a “lowlife.” Now the political commentator is reacting to Trump’s statement and firing back.

Meghan McCain is no fan of Donald Trump

It’s not a revelation that Trump is no fan of the McCain’s and has repeatedly attacked the family since the beginning of his political career. McCain was in a tough predicament during her time on The View as she was the resident Republican. On the show, she had to advocate for Trump’s policies while the president of the United States threw daggers at her family. After Trump lashed out at her following the release of her “Bad Republican” tell-all, she is not clapping back.

“I mean my first reaction was, ‘Thanks for the publicity,’” McCain said during an interview on Media Buzz. “He really has a way of helping people get publicity for their books. And I also think this is part of what my memoir’s about. It’s about being a bad republican at The View when just being a Republican in general means that you’re a villain at The View. And then it means me being a bad republican in the Republican party right now because I’m not a Trump supporter.”

McCain said that Trump’s criticism doesn’t hurt her and she actually laughed at his statement along with her husband. Adding that it was when Trump bashed her father that it really stung.

Meghan McCain had a difficult time on ‘The View’

“It was as if I had become an avatar for everything they hated about the president,” she narrated. “It felt like the co-hosts and staff only knew one Republican — me — and took out all their anger on me, even though I didn’t even vote for Trump.”

McCain explained an incident in which she overheard Behar say she didn’t understand how she was still defending the Republican Party after Trump had been so vicious.

“I could separate Trump from being a Republican. And by the way, that was my job on the show. It’s also how the great political analysts survive the ups and downs of each administration,” she added.

Trump released a statement following McCain’s tell-all book about her time on The View and gave her some suggestions. The former president said that McCain has “always been a bully and basically a lowlife.” Trump found it ironic that she was “now complaining” she was “bullied” off the show. He also reminded McCain that it was he that “made it possible for her father to have the world’s longest funeral.”

“Meghan should fight the Communists instead of explaining how they beat her, hurt her, and made her ‘physically ill,’” Trump added. “She should fight back against the Losers of The View the way she fights against very good and well-meaning Republicans, and she would do herself a world of good!”