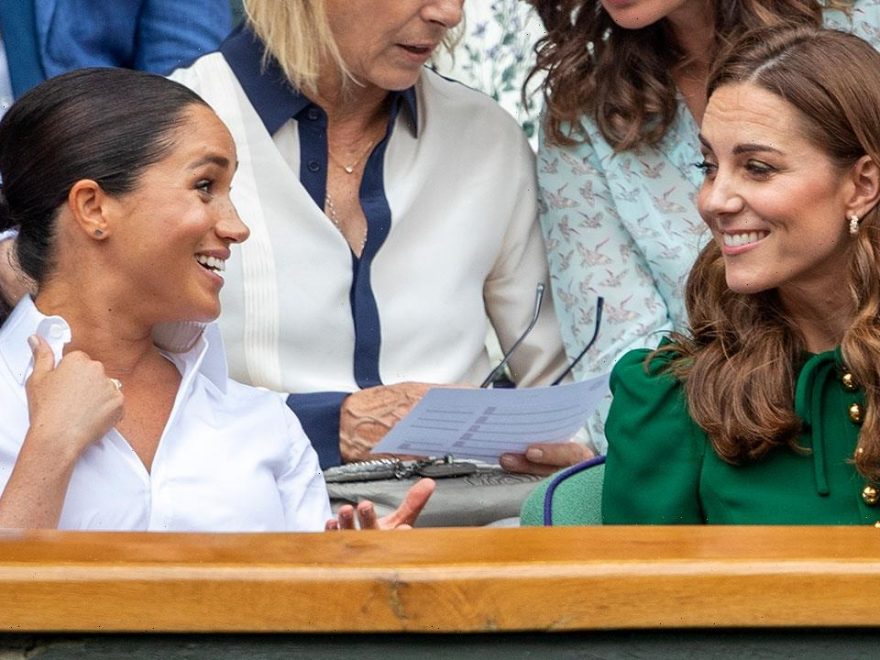 An old picture of Meghan Markle taken in 2014, two years before she and Prince Harry met, has resurfaced – and it features Kate Middleton.

The snap shows the now Duchess holding a copy of Irish U Magazine whilst standing next to editor Denise Cash. At the time, the cover of the publication featured the Duchess of Cambridge, erroneously announcing that she was pregnant with twins.

At the time, Meghan was famous for her role in hit series Suits, and contributed to the Irish publication by writing an article on sunglasses.

RELATED: Meghan Markle opens up about her first meeting with Duchess Kate

The picture was first shared back in 2017, following her engagement to Prince Harry, with Denise simply captioning the photo: “So proud! Princess Meghan.” She later added in her comments: “We knew her and Kate would be sisters-in-law. Look at that cover!”

On the same day that the royal engagement was confirmed, Meghan revealed to BBC’s Mishal Husain how her first meeting with Kate had gone, praising the royals for welcoming her so warmly into the family.

After the couple were asked about Meghan’s introduction to William and Kate, Harry said: “What was it like? It was exciting. I mean I’ve – you know I’d been seeing her for a period of time when I – literally didn’t tell anybody at all. And then William was longing to meet her and so was Catherine, so you know being our neighbours we managed to get that in a couple of – well quite a few times now and Catherine has been absolutely…”

“Wonderful,” Meghan interjected. “Amazing, as has William as well,” Harry agreed. “And then my father as well.”

During their first TV interview, Meghan also stated she didn’t know who Harry was before meeting on a blind date.

“I’m from the States, you don’t grow up with the same understanding of the royal family. While I now understand very clearly there is a global interest there, I didn’t know much about him,” she confessed at the time.