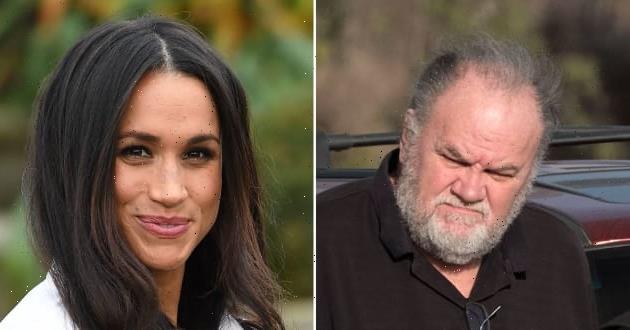 In fairy tales, when the heroine triumphs over adversity and the depredations of villainous foes to marry an adoring prince, the story ends and a life lived “happily ever after” commences.

Sadly, Meghan Markle’s tale has turned out to be the inversion of that well-known narrative.

While her life was not without hardship before she met Harry, Meghan’s most trying challenges began after she said “I do” and became the Duchess of Sussex.

Obviously, Meghan’s suffering at the hands of her in-laws has made international headlines, but the royals aren’t the only ones who seem to have devoted themselves to standing in the way of her and Harry’s happiness.

We’ve talked at length about Meghan’s awful family and the various revolting ways in which they’ve attempted to cash in on her fame by disparaging her in public.

And sadly, this has turned out to be quite a lucrative venture for the members of the Markle clan, several of whom seem to be supporting themselves entirely by exploiting their tenuous connection to the Duchess.

The most shocking example of these cynical machinations came when Thomas Markle sold a letter he’d received from a Meghan to a UK tabloid.

We can only imagine the pain Meghan experienced upon learning that her own father had betrayed her in such an appalling fashion.

It came as no surprise when she filed suit against the Mail on Sunday for publishing the letter, in which — in a bitter twist of irony — Meghan begged her meddlesome father to stop selling her out to the media.

Meghan won her case against the Mail in February, but now, the tabloid has appealed the decision, and legal experts say there’s a good chance that the appeal will be successful.

They say the Duchess’ privacy is at risk, and any judge who reverses the original decision is sending the media a message that it’s open season on Meghan and people like her.

“[The Mail on Sunday’s] conduct of the litigation is not just needlessly expensive and attritional but intrusive—in particular in its attempts to force her to open up further aspects of her private and personal life and that of her friends,” the filing reads.

“To permit the defense to go to trial would only have facilitated further invasions of [Meghan’s] privacy, all flowing from its publication of a private and deeply personal letter, whilst giving [The Mail on Sunday] the opportunity to profit handsomely from the media circus that would inevitably result.”

The case would be far more straightforward were it not for an interview Meghan’s friends gave to People magazine after the letter was sold but before it was published.

The Mail claims they misrepresented the contents of the letter, thus giving the tabloid the right to publish in order to set the record straight.

The Mail‘s publishers also argue that Meghan expected the letter to be published when she wrote it.

“This was in truth a very straightforward case of mass media dissemination, for commercial gain, of a private and deeply personal letter from a daughter to her estranged father—a letter which self-evidently was intended to be kept private,” her attorneys argue.

“Much though [The Mail on Sunday] has sought to muddy the waters, and to generate a proliferation of factual issues which it relies upon as justifying a trial, the essential facts are clear and indisputable.”

Meghan and Harry have both complained of privacy violations both in America and in the UK.

This case is of particular importance, however, as a reversed decisions means that Meghan’s family would essentially be given the go-ahead to continue attacking her from inside the fortress.

And the last thing these two need is more betrayal from the people who are supposed to be in their corner.