Meghan Markle and Prince Harry might still be glowing from their adorable baby announcement, but they’re about to delve into pressing royal matters involving their decision to step back as senior royals. According to People, Meghan and Harry will “likely” lose their Queen Elizabeth-appointed royal patronages as soon as next month. In addition to this big change, Harry will probably lose his honorary military appointments.

People‘s report said Harry will have to relinquish the Rugby Football Union, the Rugby Football League and the London Marathon as his patronages, while Meghan will have to give up the National Theatre. This decision wasn’t supposed to happen until March 31, aka when their probation period. But instead, a source told People these decisions will be made sooner, with no final decisions confirmed as of yet.

The good news, though? It does sound like Harry and Meghan will be able to keep their Duke and Duchess of Sussex titles. 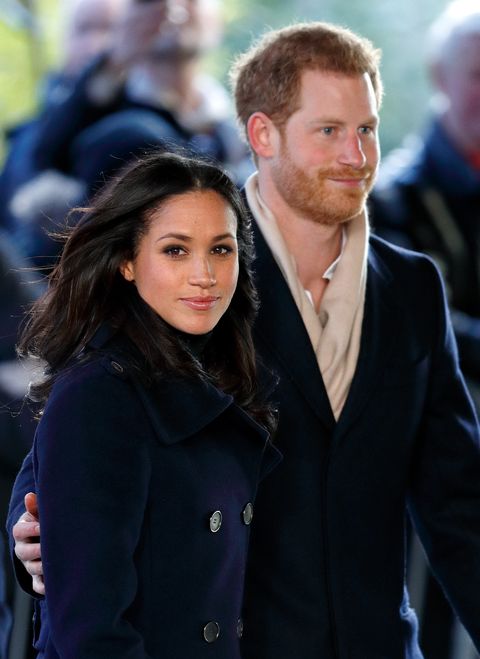 No word on how Meghan and Harry feel about this new development, but when Harry lost his military titles last year, he was pretty heartbroken.

“The most demoralizing aspect of the new deal was his being stripped of his honorary military appointments that had been awarded to him as a senior royal,” Carolyn Durand and Omid Scobie wrote in an excerpt from Finding Freedom, according to Marie Claire UK. “As a retired serviceman, Harry would always be able to wear his medals, but no longer could he wear uniform as Captain General of the Royal Marines, Honorary Air Force Commandant of the Royal Air Force Base Honington, and honorary Commodore-in-Chief of the Royal Navy’s Small Ships and Diving Operations.”

An insider who provided info for the book also told Scobie and Durand that Harry’s military title loss was “a tough pill to swallow and the one that has been most painful to Meghan witness him go through. It’s the one that made Harry emotional.” 😞

Sucks that Meghan and Harry have some not-so fun royal business to deal with, but at least they can balance it with their good baby news!