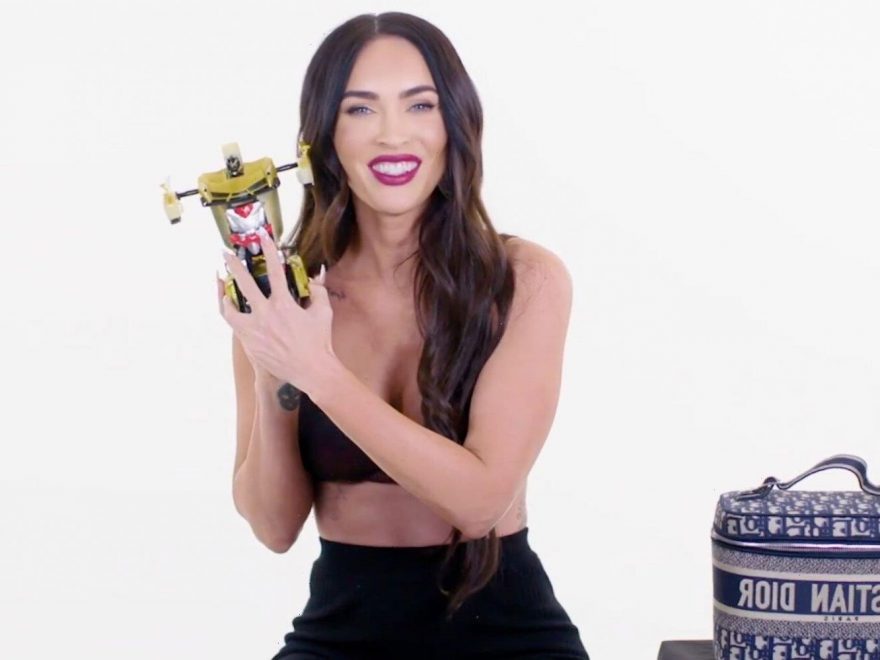 For someone who headlines a movie franchise about cars, Megan Fox would much rather look at a birth chart than anything under the hood of a muscle car. During her sit-down with InStyle, Fox revealed that although she'll always be thankful for the Transformers movies, she's more familiar with chakras and crystals and ready to take on astrology and metaphysics whenever she gets the chance. As soon as Transformers debuted, she explained, she was pushed into the spotlight and, well, just about everyone knows how that went. Without warning, Fox says she was suddenly very famous and very unprepared.

She went on to say that the attention was traumatizing, especially since many people forget that she was still a teenager at the time.

"It blew up and when it came out, I was instantly insanely famous and kind of shell-shocked and traumatized after that. I was just a kid. I was … I had just turned 19 or something like that," Fox continued. "It's not like I had any warm-up to it, I was just thrown into it. It was a wild, wild experience."

And after sharing that she didn't learn anything about cars — transforming or not — from her time with Bumblebee, she shared her extensive knowledge of metaphysics. The whiplash of going from grease monkey to auras and good vibes was a definite swerve.

"I don't know shit about cars," Fox admitted before pulling a pair of crystals from her bag. In stark contrast to her lack of car know-how, she proved that she knows her way around vibrations and frequencies. "I'm really into everything metaphysical. I got into, like, shamanic work. I just went to Costa Rica to do this really intense immersive ayahuasca experience. But crystals are all a part of that. They change your vibration, they change your frequency. They're good for healing your body, for calming your nerves, for just about any you can up with. Any ailment you have, there's a crystal for you."

Fox finished with a quick look back at Jennifer's Body, the much-maligned, now-beloved cult hit. And while she did note that her kids aren't allowed to watch any of her movies just yet (Teenage Mutant Ninja Turtles would be the first, she said), her oldest son is obsessed with the idea of his mom playing a zombie cheerleader.