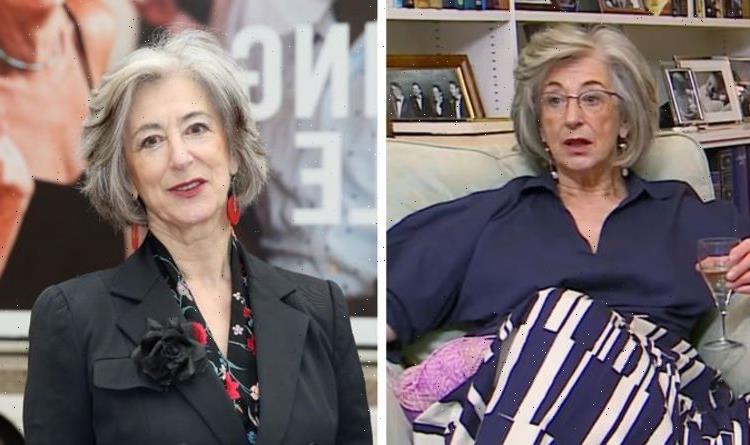 Dame Maureen Lipman shared the news during an appearance on Loose Women yesterday, asserting that she wasn’t happy with how producers had been editing the reality show, supposedly leaving out all the “clever things” she and her friend Gyles Brandreth had talked about. The Coronation Street actress was part of the all-star spin-off version, in which celebrities watch the week’s TV highlights.

They’re searching for ways to make me go, ‘Urgh!’

But according to the 75-year-old, her segments on the programme were edited in a way that left her feeling embarrassed as she recalled telling Gyles to “get it off” when they would watch the episodes as they aired on Channel 4.

Janet Street-Porter praised the Yorkshire native for partaking in the show before asking the latter whether she had considered returning for another series.

“I want to ask you about Gogglebox. You were wonderful. Are you not going to be on it any more?” she said

Maureen responded: “I’ve seen all the male tackle that I need to see for this lifetime, to be honest, I really have,” referencing to an episode where she was asked to watch Naked Attraction.

“I’ve run through my period of going [shocked noises], ‘Oh, get it off!’ Giles loves it, he absolutely loves it and we had such a good time but none of the clever things we said went into it… so no.”

Maureen previously walked off the set of Gogglebox when she was first made to watch the aforementioned dating show, which consists of multiple contestants looking to find love as their naked bodies are revealed from the bottom up.

“I’d seen Gogglebox and I thought, ‘Oh, [ours] is the grown-up version, is it?’ But it’s your reaction to 12 dangling willies they want,” she continued.

“They’re searching for ways to make me go, ‘Urgh!’ So I thought, ‘Well, actually, no, life is too short to watch a series of hopeless men dangle their bits and pieces in my direction.'”

The Loose Women panel, which consisted of Janet, Coleen Nolan, Ruth Langsford and Denise Welch, were left in giggles by Maureen’s blunt answer of whether she’d consider returning to Gogglebox.

She continued to stress that while her pal had a wonderful time filming the series and would have probably considered taking part in another run, Maureen has been left mortified by her reactions on TV and ruled out any chance of a possible return.

Back in June, the Ladies of Letters actress revealed in an interview with Radio Times that she initially thought she was signing up for the “grown-up version” of the show when show bosses had first approached her.

Maureen said she quickly realised that producers had a particular agenda when it came to editing each episode, she claims.

She quipped that they were more interested in seeing her respond to “12 dangling willies” than to include any of the commentaries she gave on shows which weren’t as shocking as watching Naked Attraction.

“I’m going to go on, and make a lot of comment now about the oeuvre and ‘I did like his first trilogy, but then I felt in some ways that perhaps over the years…’ But it’s your reaction to 12 dangling willies they want,” she told the publication.

Maureen later went on to tell This Morning that while she thought she’d be “a sort of female Will Self” on the programme, show bosses running the production had a different perspective on how they would edit the episodes.

“We say really witty things, don’t we Gyles?” she quizzed him.

“However, it’s cut in favour of us going ‘Ew!’ and ‘What’s that? Oh, I didn’t realise people were growing aubergines like that?'”

Maureen became the first Dame of Coronation Street after being awarded the honourable title by Prince Charles back in October.

She was made a dame commander for her decades-long service to multiple charities, entertainment and the arts in a career that has spanned over 50 years.

Speaking of the achievement, Maureen gushed: “I am proud to be honoured by the Queen and country that I love, for doing the work that I love.”