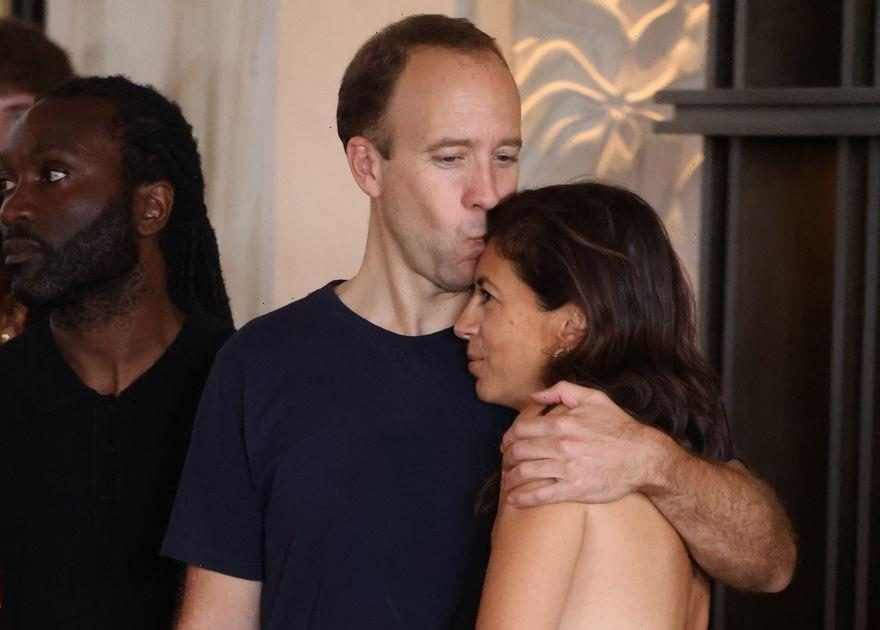 Matt Hancock and his girlfriend Gina Coladangelo couldn't keep their hands off each other at last night's I'm A Celebrity Get Me Out Of Here! final.

The former Health Secretary, 44, finished at third place on I'm A Celeb on Sunday night behind winner Jill Scott and runner up Owen Warner, and it seemed as though he couldn't wait to celebrate with his other half.

The MP, still dressed in his jungle kit, was pictured wrapping his arms around Gina and planting several kisses on her head as they enjoyed the end of the show celebrations.

Gina looked gorgeous as she rocked a black cropped top, high waisted nude trousers and gold earrings – and appeared to be loving the attention from her boyfriend.

A source told The Sun: “Gina could not stop looking at her man and they were like teenagers in the honeymoon phase.

“Matt kept brushing his hand over Gina’s back and they were totally in their own love bubble.

“They were all over each other for 20 minutes and they did not care who saw.”

The couple were full of smiles after finally being reunited after Matt spent a couple of weeks in the jungle, after entering as a last minute addition at the beginning of the series.

Last year, the pair were involved in a scandal after it was revealed they had been having an affair, and both went on to leave their spouses.

Matt was then forced to step down from his position as Health Secretary due after breaking his own Covid guidelines to be with Gina, who was his aide at the time.

Speaking to Ant and Dec during his exit interview, Matt said: "I know that it was controversial me coming here, I know some people said people in your position shouldn't put themselves in embarrassing situations.

"But we're all human and we all put ourselves in it."

He went on to say: "I just went in absolutely clear that I was going to be totally myself as if there cameras weren't on and that's what I did.

Matt had his Conservative whip removed after it was revealed he would be joining I'm A Celebrity this year.

His appearance on the show is said to have earned him a whopping sum of £400,000.

Despite many people's reservations about him, Matt became a key character this series with him being grilled by his campmates, winning multiple stars and taking part in dances and karaoke.