Matt Damon and Ben Affleck might be longtime friends. But in some respects — such as their reputations in the media — they couldn’t be more different. While Affleck’s love life and personal struggles have been constantly scrutinized, Damon’s private life has largely stayed that way. Still, through it all, the two stars have remained close. Damon once opened up about the moment he knew their friendship was a special one. 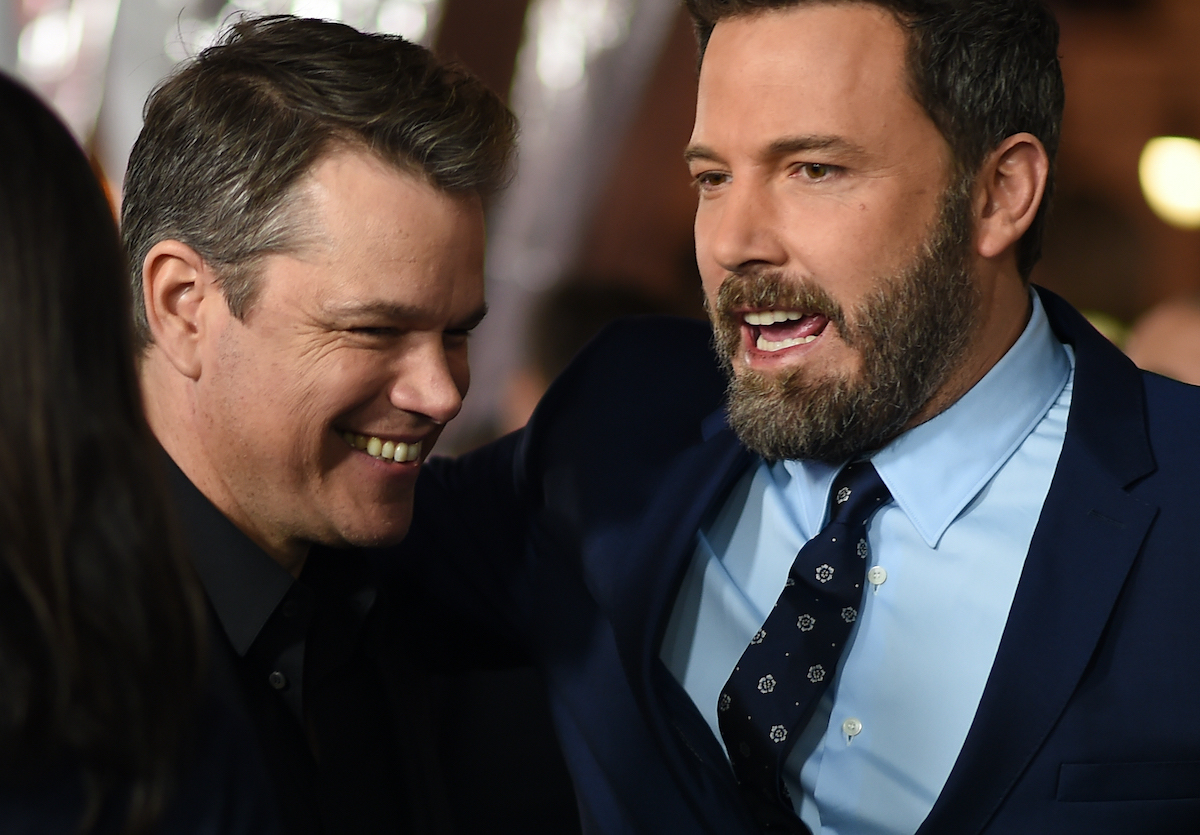 Damon and Affleck were thrust into the spotlight in 1998 when their screenplay for Good Will Hunting — a film in which they both appear, Damon in the title role — won the Academy Award. But the actor’s friendship had much deeper roots. In fact, the two actors attended school together back in Massachusetts. And they entered the entertainment industry around the same time as well.

After Good Will Hunting, Damon and Affleck shared the screen together several times. Most notably, they paired up for several comedies written and directed by Kevin Smith. And the actors even parodied Good Will Hunting in 2001’s Jay and Silent Bob Strike Back. However, their friendship has endured largely because its roots go back so far, predating either man’s rise to stardom.

The actors once got wrapped up in a childhood fight together

In a 2019 interview on Conan, Damon and host Conan O’Brien discussed Damon’s new movie Ford v Ferrari. And while touching on a fight scene between Damon and co-star Christian Bale, the Good Will Hunting actor revealed how a fight led to a pivotal moment for him and Affleck. It started when Damon apparently mouthed off to a much bigger schoolmate during a game of tackle football, leading to a physical confrontation.

“Before I knew it, I was on the ground. He was above me, and I was like ‘This is going to be bad.’ And it was right then that little 5’2” Ben Affleck tackled this dude off of me out of nowhere. I was a junior, and he was a freshman. And he tackled this kid off of me literally at the risk of his own life. And really quickly then everyone broke it up. … But I remember that was a big moment, going like ‘This guy will put himself in a really bad spot for me. This is a good friend.’ … So that was the other time in my life I’ve been in a fight with Batman.”

Of course, Damon’s last comment plays into the fact that both Bale and Affleck went on to play the DC superhero Batman. But the rest of his story puts the last 20+ years of their film careers in a whole new light. Clearly, Damon and Affleck’s friendship had a solid foundation to build upon. And without such a strong bond at the outset, who’s to say how the pressures of Hollywood could have tested their loyalty to each other?

In any case, Damon and Affleck are working on another movie together. The two actors co-wrote the screenplay for director Ridley Scott’s upcoming historical drama The Last Duel with screenwriter Nicole Holofcener. And much like Good Will Hunting, they star in the film alongside Adam Driver and Jodie Comer.

Originally, The Last Duel was expected to arrive in theaters in late 2020 in the heart of awards season. As it now stands, it’s scheduled for release on Oct. 15, 2021. With this creative team, the movie could very well wind up being a major contender at the 2022 Academy Awards, 25 years after Good Will Hunting‘s release.