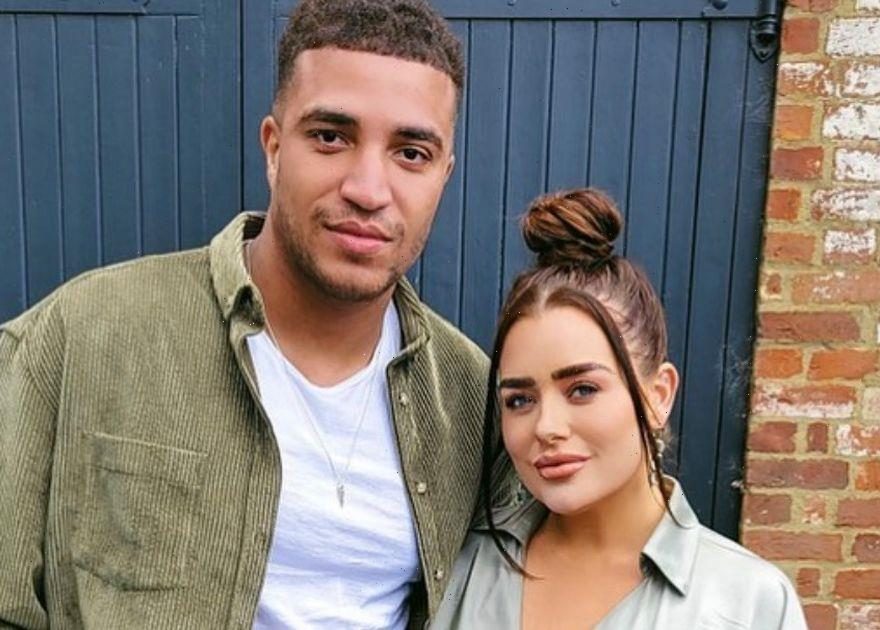 But while their co-stars Adam and Tayah have just announced they are expecting their first baby together, Amy and Josh's relationship didn't have the same happy ending.

While Amy has since found love with firefighter Leon McKenzie after being dumped by Joshua, the star has revealed she wishes she and her ex could be in touch more.

Taking to her Instagram stories, Amy answered a fan's question about how things are between her and Josh now.

"We don’t speak, it’s sad but I have to respect it," she shared. "I’m sure if we saw each other out we would say hello and hopefully, it wouldn’t be awkward."

The sports broadcaster, 35, went on to admit: "I have no bad feelings towards him. I’d love to be able to text him random funny s**t I remember but hey ho.”

Amy found herself enduring a very public split from Josh just a fortnight before the reunion show in October, and she described the separation as "cold".

In January, she told Closer Online: "We haven’t spoken since the reunion show aired. It was a bit of a cold cut-off.

"I wouldn’t say we’ve left it on a bad note – there’s no animosity between the two of us. I’m sure if we saw each other out we would be civil and say ‘hello’.

"It would be nice to still have a friendship because we went through a lot together, but I guess I’m just a bit more sentimental than he is."

Now, Amy is smitten with her firefighter beau Leon, and she revealed they have even moved in together after matching on Hinge.

Last week, the journalist reflected on her time on the show as she wished Josh "all the best" on her Instagram post.

"A whole year ago today I said I do to a complete stranger!!" she wrote.

"And now he’s a complete stranger again gone full circle! If you’re reading this Josh all the best babe, we had some laughs!"

Amy explained further: "Anyway no regrets, I learnt a lot on the journey and about myself and met a bunch of people I now class as family.

"I would do it all again in heartbeat! Feel so grateful to @e4grams and @e4mafsuk for giving me the opportunity to (try to) find love and turns out the love was inside ME all along."

She added: "Andddd 15th April 4 years I said yes and got engaged in Santorini – fair to say I’m renaming this date dooms day, but this year I’m with my girls celebrating and the only thing I’m saying yes and I do to is shots, so if you see me out in Wxeter tonight I’ll have a tequila rosé cheers!!"

For all your updates on Married at First Sight UK, sign up to our daily OK! newsletter.