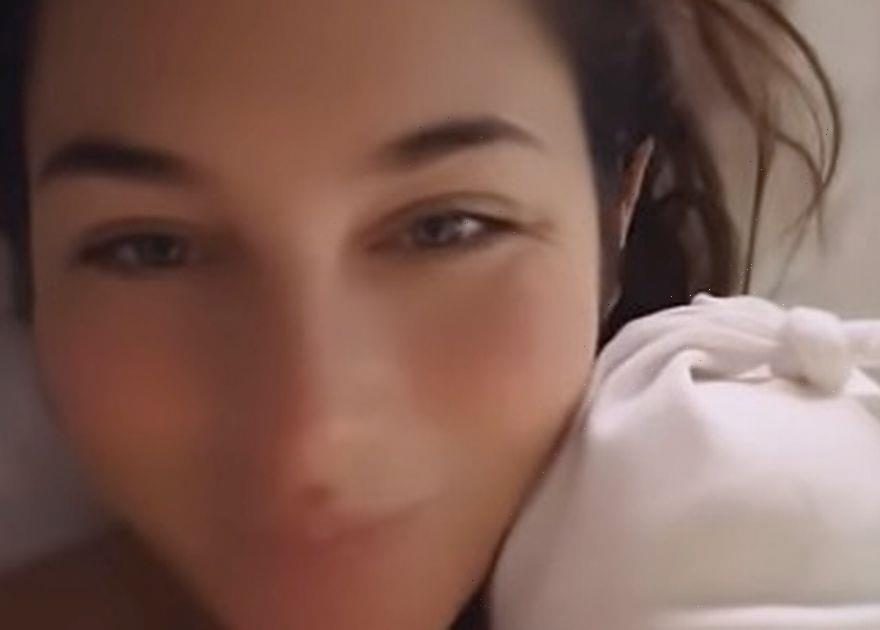 On Friday, Maeva shared the exciting news on her Instagram Story that she and new baby Beau were going home after spending the past few days in the hospital.

She showed her partner and Made in Chelsea co-star James Taylor sporting a grey crewneck saying Papa while carrying baby Beau in his carrier as they walked out of the hospital before driving home. In the background, the song Driving Home for Christmas was playing.

As they got home, Maeva shared an adorable pic of Beau wrapped up in a blanket sleeping at home. He was also wearing a white hat and mittens.

As they were driving home, Maeva posted a video of her in the backseat with Beau and James in the front driving.

James said he drove 55mph on the motorway behind a lorry.

"Everything is safe and good."

On 30 November, Maeva posted a collection of heartwarming snaps, writing: "Welcoming the last 9 months and 11 days into our lives this morning was everything and more than we could have ever hoped for.

"I’m so happy I’ve now met you my little roast. @jamestaylorldn is going to be the best daddy ever. Being induced on Sunday and trying to achieve a virginal birth from the outset wasn’t meant to be.

"We both decided along with the amazing doctors at the Rosie that a C section was the safest option to bring our boy to us.

Describing the birth experience as a "painful moment" Maeva said she'd share more of the details at a later date.

The couple only announced that they were expecting a baby earlier in October, as well as featuring the announcement on Made in Chelsea: Mallorca.

Maeva and James have been together for three years. The pair met on Made In Chelsea before getting engaged in April while on a romantic trip to Rome.

Announcing their pregnancy, Maeva said: "I'm so excited to finally share all the details about James' surprise proposal, including a look at my gorgeous ring… [ring] P.S: We've also been hiding another secret…"

She gushed: "All my dreams are coming true at the same time.

"I still don’t believe it! It’s all amazing – I just want to enjoy it all as much as I can."