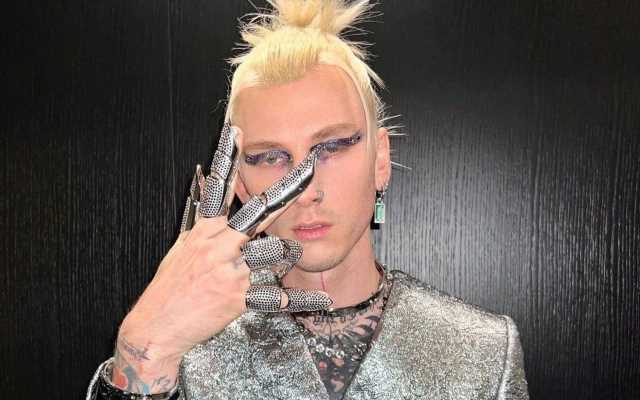 The ‘Bloody Valentine’ musician tells trolls to keep their ‘insecurities’ to themselves after he was mocked for comparing his Milan outfit to Jules from ‘Euphoria’.

AceShowbiz –Machine Gun Kelly has fired back at trolls who mocked his style. The pop punk star – who is engaged to actress Megan Fox – faced negative comments about his fashion sense after comparing his Milan Fashion Week ensemble – a silver jacquard Dolce and Gabbana suit, complete with pointed metal finger covers – and spiky updo hairstyle to the style of Jules from the teen drama “Euphoria” – “if she went to Milan.”

“I call this, if jules from euphoria went to milan (sic),” MGK – whose real name is Colson Baker – wrote on Instagram alongside his snaps from the event. He later reacted to the comments on Twitter, writing, “You can’t comment about my style, if you have none.” And sharing the tweet to his Instagram, he added in the caption, “Keep your insecurities to yourself.”

The “more than life” star is known to match his bold red carpet outfits to his future wife’s. The couple often turn up at public events in matching nail art and previously attended UN/DN LAQR’s launch party chained together by their fingers.