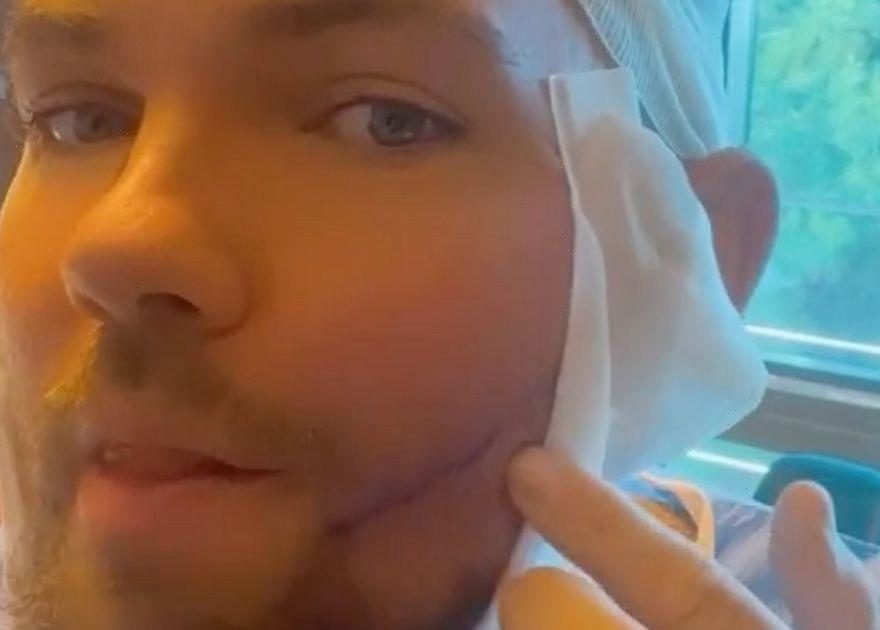 Love Island's Sam Gowland was unrecognisable as he showed off his swollen face after getting a beard transplant.

The 27 year old Geordie lad, who found fame on the third series of Love Island in 2017, made the drastic decision to go through with the surgery after the "sides [of his beard] refused to grow".

Sam flew to Turkey to have the procedure and he took to his Instagram stories to tell his 1.1million followers that he was getting it done, writing "off to get my beard transplant," as he sat in a waiting room in a dark hoody and white shorts.

In the next snap, Sam donned a blue hospital gown as he showed off the pre-surgery markings on his face in front-on and side shots. Over the snap, he wrote: "So, this is me as of now. Great middle admittedly, but the sides refuse to grow properly."

Next, Sam posted a video of his surgeon talking him through the procedure as the reality star looked in a mirror.

A few hours later, Sam posted a video of his swollen and bandaged face after he had had the surgery as he wrote: "Update on my very, very swollen face".

He revealed that hair from the back of his head was used for the procedure. Talking about his bandaged face, he said: "So…I look like The Mummy.

"I'm halfway through, I shaved the back of my head."

He continued: "They numbed it first," before saying "didn't hurt" as he looked sarcastically at the camera and then laughed.

He then explained: "They put the hair in a tub over there and injected my face, which is very numb."

Sam pressed gingerly on his swollen cheek as he said: "They are going to put the hair in there up to that line."

"But to be honest with you not too much pain, I thought it would be worse."

Sam initially found fame on Love Island where he coupled up with Georgia Harrison, 27, but the pair later split.

He then carried on his reality TV career when he bagged a spot on Geordie Shore, and went on to date Chloe Ferry – also from the show – for three years.

The cheeky-chappy Geordie boy turned to being an MMA fighter before becoming a property developer, and recently building his dream home after purchasing land in 2020.