Staying positive. Lori Loughlin was in high spirits at the Bel-Air Country Club in Los Angeles on Tuesday, October 1.

The Full House alum, 55, was spotted grinning from ear to ear as she arrived at the elite members-only social club, which boasts an 18-hole golf course and multiple tennis courts. She wore a large fedora, aviator sunglasses, a navy long-sleeve jacket, matching pants and white sneakers.

Since being arrested in March for their alleged involvement in the college admissions scandal, Loughlin and her husband, Mossimo Giannulli, have put on brave faces. She signed autographs for fans outside her hotel in Boston in April and then greeted more bystanders outside court as they yelled, “Lori, pay for my tuition!” A source later told Us Weekly exclusively that the actress “regrets … smiling so much on her way into court.” 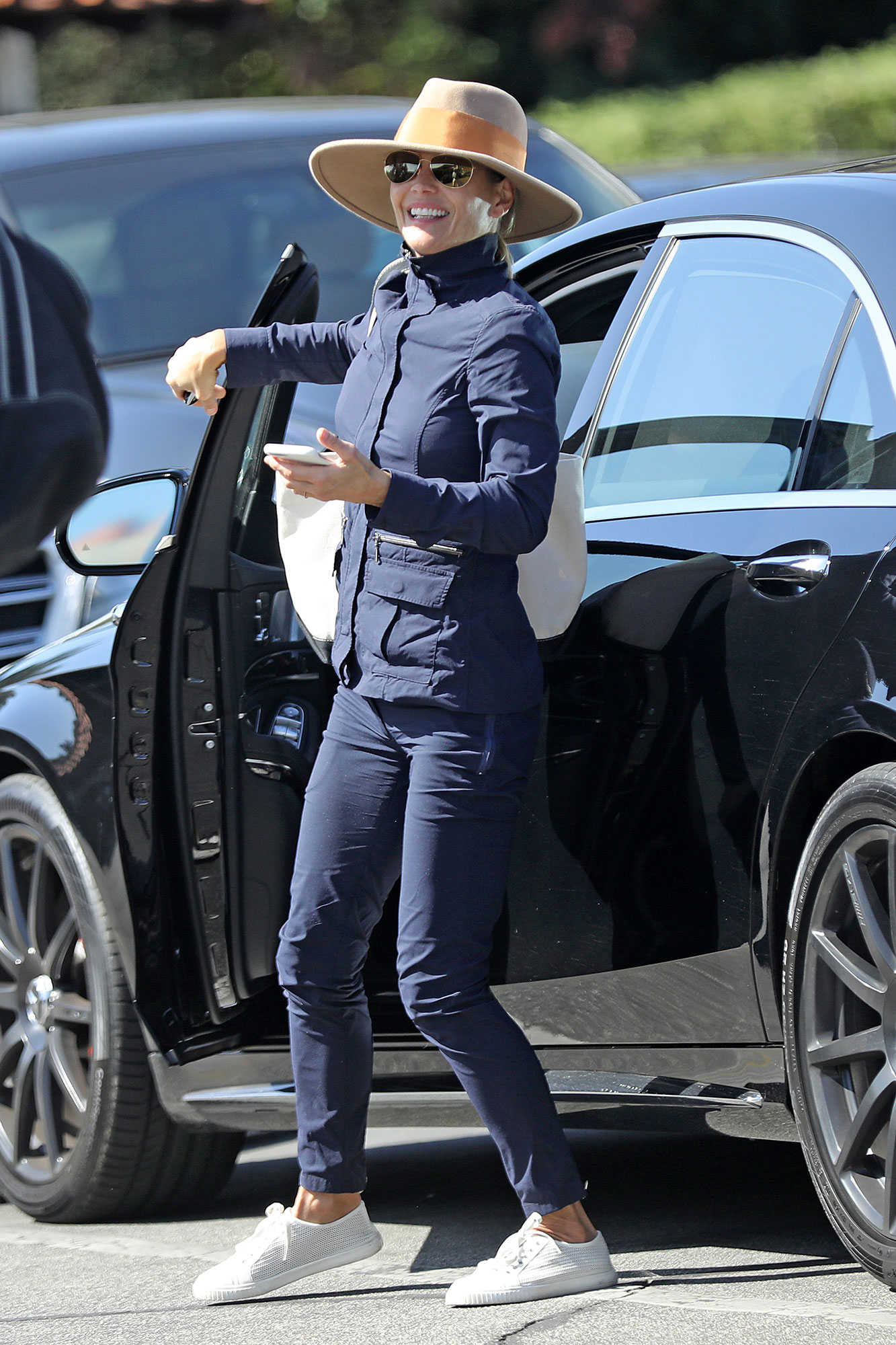 Loughlin and Giannulli, 56, have been accused of paying $500,000 to designate their daughters, Bella, 21, and Olivia Jade, 20, as University of Southern California crew team recruits — despite having never participated in the sport — so that they would be accepted into the school. The couple, who married in 1997, pleaded not guilty to charges of money laundering and conspiracy to commit mail and wire fraud.

A source told Us in July that the Summerland alum and the fashion designer “believe they’ll be exonerated,” although a second insider revealed that Loughlin “regrets not doing what Felicity [Huffman] did” by taking responsibility in the Operation Varsity Blues case. (Huffman pleaded guilty to paying $15,000 to boost her daughter Sophia’s SAT scores and was subsequently sentenced to 14 days in federal prison.)

The scandal has taken a toll on the Giannullis in recent months. In August, a source told Us that “the family is still very strained and there’s a lot of deep-rooted hurt.” And while another insider said that Loughlin’s “friends think she should leave” her husband, a third source insisted, “Their marriage is not on the rocks. They love each other. They are happy together. They are united.”

Loughlin and Giannulli are each facing up to 40 years in prison. The case is expected to go to trial in 2020.