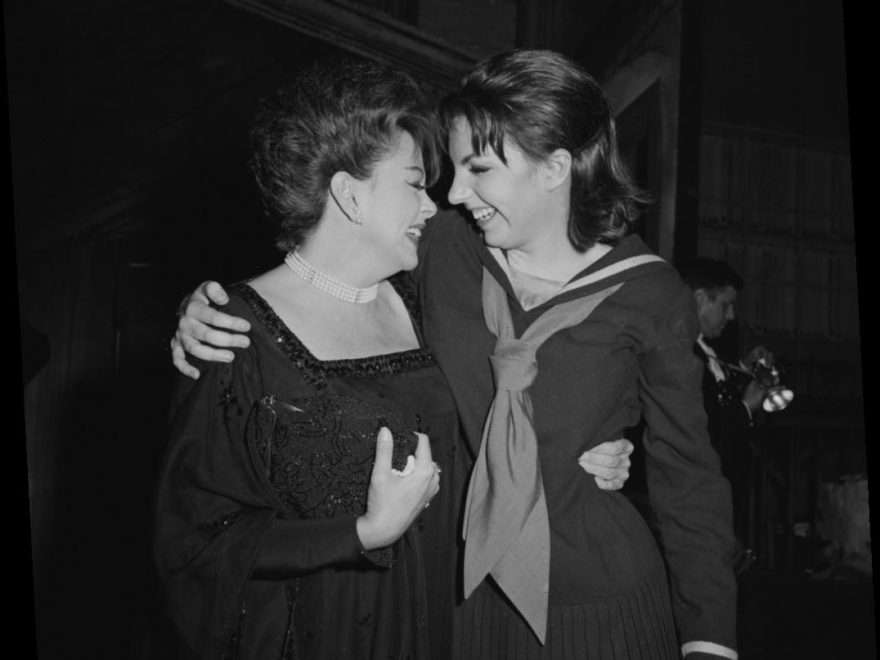 From The Wizard of Oz and Meet Me in St. Louis to The Clock and For Me and My Gal, Judy Garland retains an unwavering showbiz legacy. Her talent is unparalleled; she was the “it girl” of the 1950s and a woman whose life remains partially shrouded in fiction — with stories exaggerated and truths embellished for mass arousal. Yet, one thing is certain, her life — from a young age — was not as peachy as the technicolor would lead viewers to believe.

Garland endured one of the hardest ascensions to stardom. Joining the industry at a young age, she faced studio heads and producers who pushed her to her limits — giving her uppers in the morning and sleeping pills at night while obsessively monitoring her weight. Her adolescent years were far from ideal, as she struggled with such trauma throughout her adult life. However, she was not a bad mother, according to Liza Minnelli, despite what many tabloids and depictions beg to argue.

Liza Minnelli had a happy childhood with mom Judy Garland

When speaking about her relationship with her mother, Judy Garland, Minnelli told Vogue Arabia:

Unfortunately, celebrity publications tend to focus on dark times, as the allure sends gossip rags flying off the shelves, yet the down times did not outweigh the good times. Minnelli said:

“There were highs and lows for sure, but I can say I was very happy.  If people choose to believe that or not, it’s up to them, but I know I was happy.”

When asked about “what kind of happy” her monther was by Variety, Minnelli explained her mother’s assets from a loving daughter’s perspective, sharing, “She was funny, very funny, clear, incredibly intelligent, but more than you could even imagine, and in the moment.”

Liza Minnelli’s childhood was far from ordinary, as she grew up surrounded by individuals in one of the most volatile industries for a child to age within. However, she didn’t realize how unordinary her upbringing was while she was in it. She shared:

“Nearly everybody my parents knew were in showbusiness…So, by default, when I was growing up, nearly everybody I met was in the industry. Looking back, of course you realize that wasn’t a regular childhood. But to me, at the time, it was…”

When she was a kid, she was just a kid; she didn’t know any different. And, her mother, well she made sure that her kid was happy.