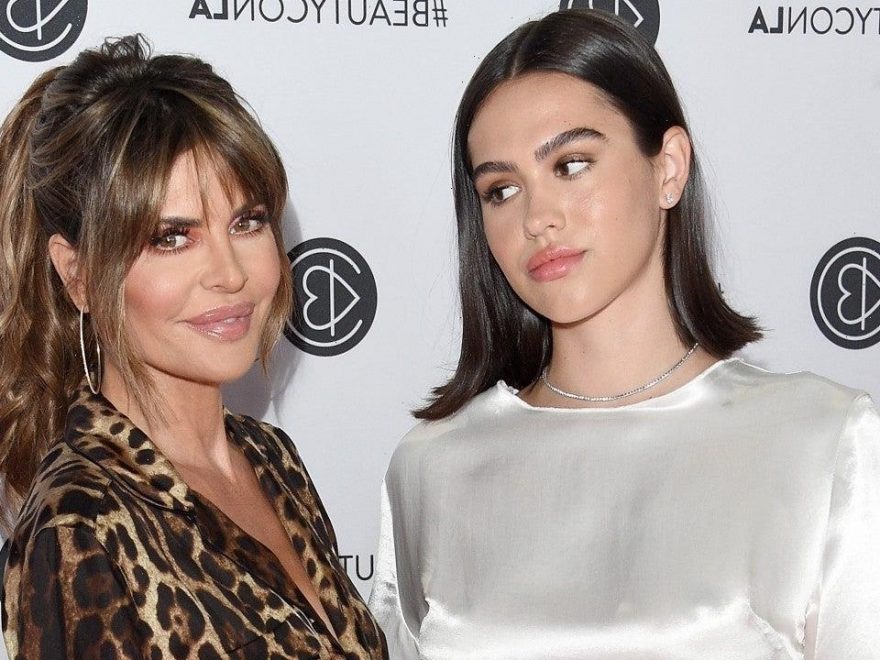 Lisa Rinna is happy that her daughter, Amelia Hamlin, is happy. The 20-year-old model is currently dating reality star Scott Disick, and while Rinna, 58, has been vocal about her disapproval in the past, she’s not going to stand in the way of her daughter’s happiness.

On Wednesday, Rinna appeared on Watch What Happens Live With Andy Cohen where she played a game seeing which celebrities followed her on social media.

The 38-year-old businessman was first brought up when Cohen jokingly described him as “Lisa’s possible son-in-law.”

Rinna took off her sunglasses, and declared, “You did not just say that! F**ker!”

Later in the episode, Cohen asked Rinna for an update on her stance on Hamlin and Disick’s romance.

“What do you think?” she quipped before adding, “Listen, I will say this. Amelia is very happy right now. And I’m very thrilled that she is happy.”

Rinna has been vocal about her disapproval of the relationship in the past.

During a June episode of the Real Housewives of Beverly Hills, Rinna admitted to feeling “a lot nervous about it.”

Hamlin and Disick first got together in November 2020. They’ve traveled together with his three kids, whom he shares with ex Kourtney Kardashian, and showered one another with lavish gifts.

For more on the romance, watch the clip below: