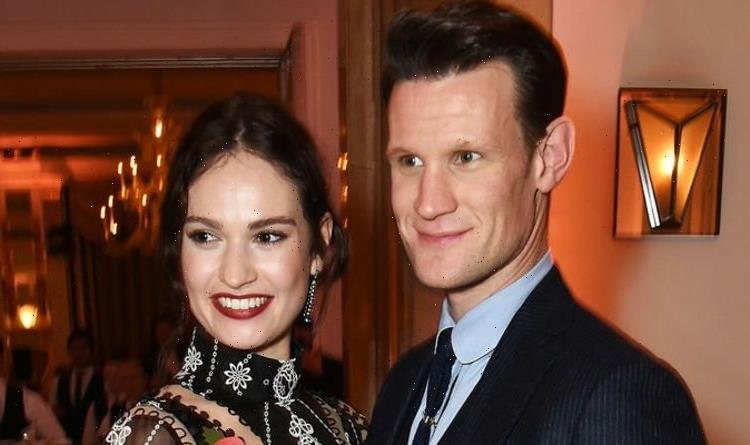 The Pursuit of Love: Lily James stars in BBC trailer

Lily James will star alongside David Walliams in a pantomime being aired this Christmas for BBC’s Comic Relief. ‘Beauty And The Beast: A Comic Relief Pantomime for Christmas’, is the second panto production put on by the BBC, following last year’s performance which featured Rege-Jean Page, Olivia Colman, Helena Bonham Carter, Anya Taylor-Joy and Daniel Craig. Lily is well known for big roles in films such as Cinderella and Mamma Mia!. For five years, Lily dated Matt Smith, known for playing Prince Philip in the first two seasons of the Crown and for playing the titular character in popular BBC sci-fi show Doctor Who.

However, the couple unfortunately split in 2019, with a source telling The Sun at the time that Lily and Matt realised they’d be better off as friends after struggling to make their relationship work.

In October 2020, The Daily Mail claimed that Lily was hoping to date someone who isn’t in the limelight.

A source told the newspaper: “They [Lily and Matt] have gone back and forth this year trying to sort things out between them because they both have so much love for each other.

“But unfortunately it just isn’t working and they have mutually decided to just close this chapter of their lives.

“Now Lily just wants to find a normal guy who’s not in the spotlight because she found it quite tough being with another celebrity.”

Lily and Matt first met while filming Pride and Prejudice and Zombies in 2014, but their relationship wasn’t made public until February 2015.

Another source told The Sun in September 2020 that the split came because of the stars’ busy schedules.

They said: “Matt and Lily’s break-up was mostly because their hectic schedules meant they could barely see each other.

“Being in the house and having no work and distractions has allowed them to reconnect and get back to a good place. There is such an amazing chemistry between them and they make a wonderful couple.

“It’s what their friends had all hoped would happen because they do make each other so happy and their split happened because they were just too busy to see each other.”

Prior to their split in 2019, Lily told The Sunday Times Magazine that she had considered marrying Matt.

She said: “I’ve gone through different phases of wanting and not wanting to get married. I don’t know where I sit with it now. What matters is the relationship and how you feel about each other.

“I come from the most incredible family, so that means a lot to me. Eventually, sharing your life with a family is the most important thing.”

Lily is now reportedly dating Michael Shuman, best known for being the Queens of the Stone Age bassist.

Lily’s latest project with Comic Relief will represent a new challenge having starred in big shows and films in recent years.

In early 2018, she was in the Winston Churchill biopic Darkest Hour, where she played Elizabeth Layton.

During the same year, she played Young Donna in Mamma Mia! Here We Go Again.

In 2020, she appeared in Netflix’s Rebecca, and the following year saw her appear in The Dig, based on the story of an archaeologist who embarks on the historically important excavation of Sutton Hoo in 1938.