Meant to be! Lauren Sorrentino reflected on the early days of her relationship with her now-husband, Mike “The Situation” Sorrentino, and opened up about how the pair reconnected after their college romance.

‘Jersey Shore’ Cast: Then and Now

During a revealing game of Us Weekly‘s “I Can Explain,” Lauren, 35, gave insight into her favorite photos with the Jersey Shore alum, 38. The pair dated from 2004 to 2007, but put their relationship on pause for “however long Jersey Shore was.” The MTV reality series originally aired from 2009 to 2012. Looking back on her time with the Dancing With the Stars alum, Lauren told Us that finding love once again felt like “fate.”

“Even though we were on such a long break — like, years — once we reconnected, it was full steam ahead,” she explained. “He never moved out of New Jersey … but I never ran into him. I had friends and family and people that would always run into him. In, like, five or six years, however long that break was, I never ran into him. It was kind of like fate.”

Years later, Lauren still remembers the moment she fell for the reality star all over again. “One night in spring of 2013, I was at a kickboxing gym and he knew I was going there because I kept seeing his family there,” she recalled. “He knew what class I took every night and then he showed up. We connected and that was just it.” 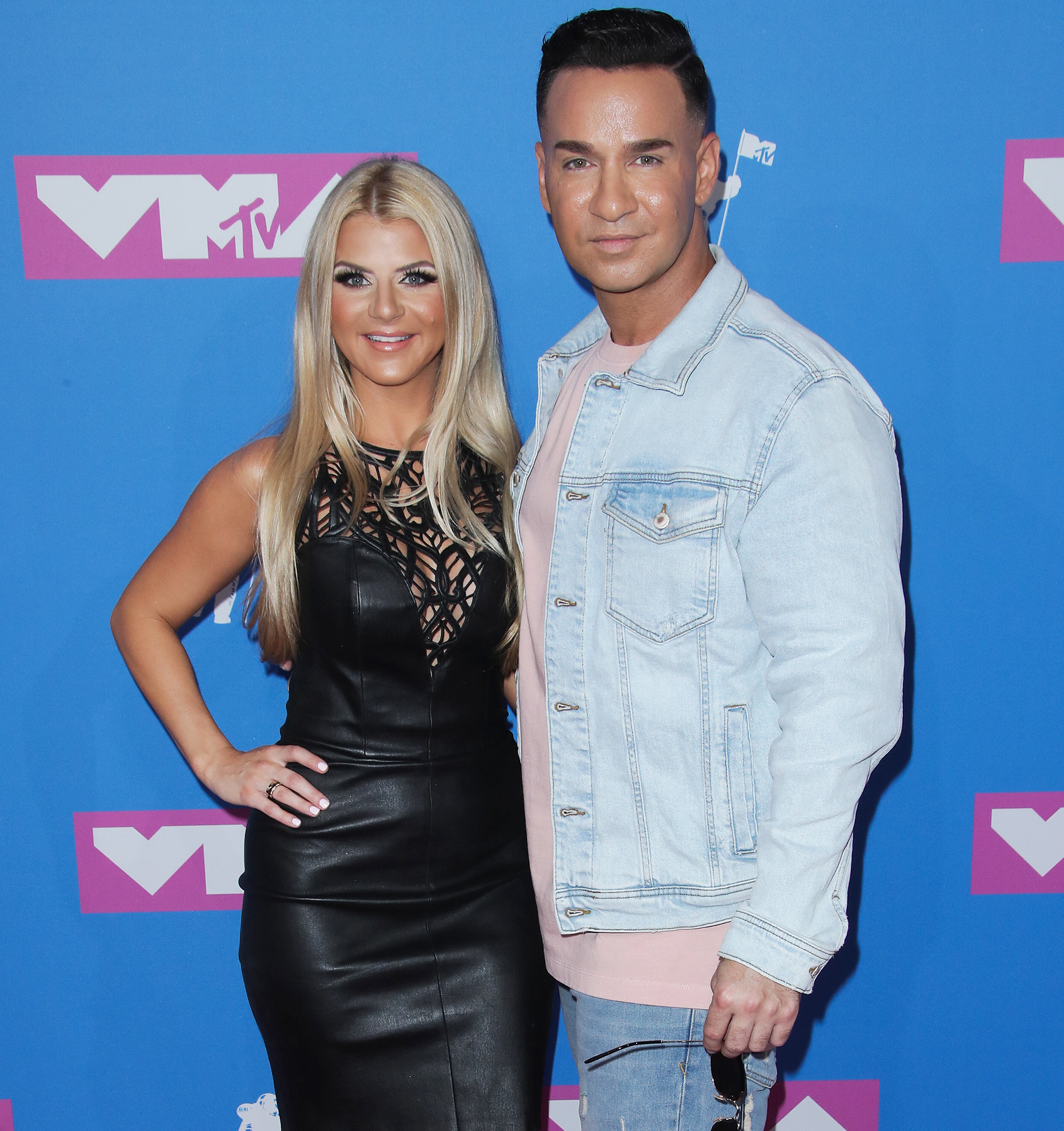 Mike Sorrentino and Lauren Sorrentino: A Timeline of Their Relationship

The couple got engaged in April 2018, and seven months later, Us broke the news that they tied the knot at the Legacy Castle in New Jersey. Days after their nuptials, Lauren gushed about her deep connection with the Jersey Shore: Family Vacation star.

“We’re best friends, but we’re opposites,” she told Us exclusively at the time. “We’re really made for each other I feel like he is my soulmate and I don’t think everyone gets the opportunity to find their soulmate in life, but if you do, you find a way to … power through and make it work.”

Throughout their relationship, the pair has faced a number of hurdles — but their struggles only made them stronger. In October 2018, Mike was sentenced to eight months in prison after pleading guilty to tax evasion earlier that year. He was released in September 2019. Two months later, the duo announced that they suffered a “heart-wrenching” loss seven weeks into Lauren’s first pregnancy.

Stars Who Are Honest About Their Fertility Struggles

“That definitely brought us closer together,” Lauren told Us of her past miscarriage earlier this month. “Mike and I are an open book and that was a big reason why I wanted to share it. … Once we shared that, it was like a weight off our back. Just to be able to help other people by sharing my story is always the best thing I can do.”