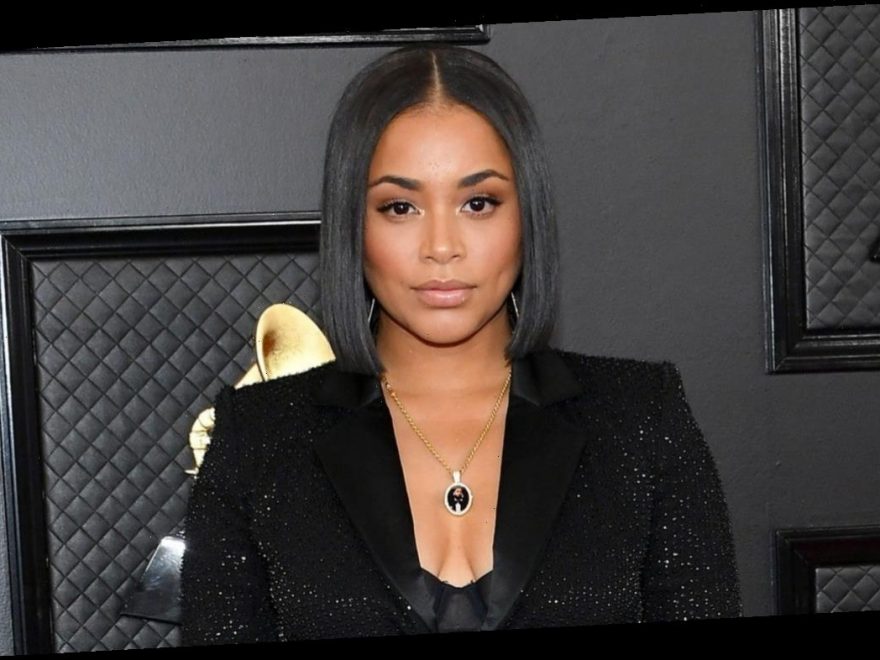 Lauren London is shutting down rumors about her. The ATL star responded to reports that she is pregnant on her social media on Wednesday, confirming that she is not expecting.

“Woke up to some straight bullsh*t. Rumors ! Lies !” she tweeted and reposted on her Instagram Story. “On a woman trying her best to heal?! Please stop. I’m NOT pregnant.”

She followed up the post on her IG story, adding, “Now back to my sacred healing circle. #LLNH.”

London is mother to two children, 11-year-old Kameron, whom she shares with Lil Wayne, and 4-year-old Kross, whom she had with the late Nipsey Hussle. Hussle, whose real name was Ermias Asghedom, was shot and killed outside of his Marathon clothing store in Los Angeles in March 2019. He was 33. 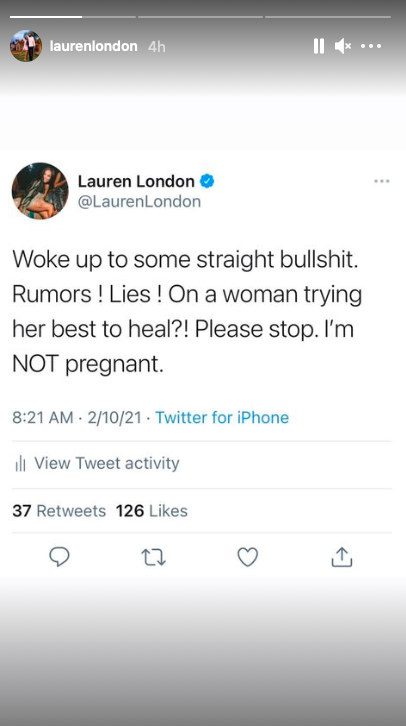 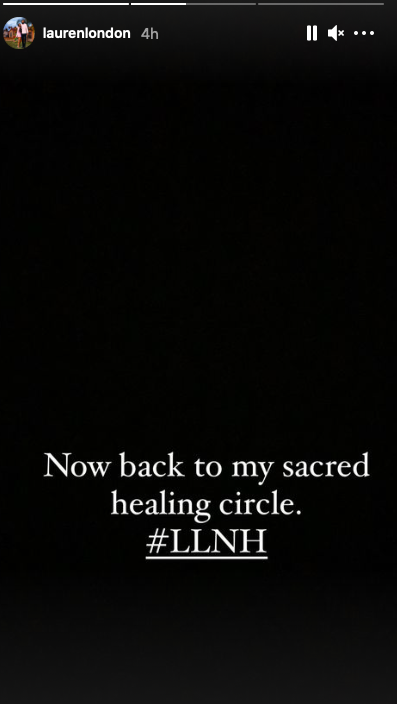 London has honored the late rapper on multiple occasions in the time since his death, and has worked hard to keep his memory and light alive.

In November, London paid permanent tribute to her late love, turning one of his love letters into body art. She had the personal handwritten note inked on her forearm.

The sweet and concise personal message reads, “2 Lauren you my heart love you more! – Ermias.”

On Tuesday, Warner Bros. released a teaser trailer for Judas And The Black Messiah, set to “What It Feels Like,” a new song by Nipsey Hussle and Jay-Z. The company also shared the official track list for the movie’s soundtrack, Judas and the Black Messiah: The Inspired Album, which includes 22 songs by rappers such as Black Thought of The Roots, Nas, A$AP Rocky, Hit Boy, and H.E.R., among others.

For more on the couple, see below.