From the moment it was published in 1928, D.H. Lawrence’s steamy romance of a commoner and artistocratic wife has met with outrage and enduring popularity. It was so scandalous an unexpurgated version never appeared until an obscenity trial in Britain in 1960 was won by the publisher of the uncut version, leading to 3 million more in sales, not to mention the several film and tv versions that have been tried throughout the years including a 1955 film that itself was subject to cries for censorship. Now French actress and filmmaker Laure deClermont-Tonnerre has given it a new whirl in an uninhibited and sexy, but quite respectable, version starring Emma Corrin (The Crown) as Connie who marries happily into England’s upper crust only to have a raging affair with her husband’s new gameskeeper, Oliver Mellors played by Jack O’Connell. This thing , without the right and convincing chemistry between the two lovers, both married to others, could fall flat as a souffle. Fortunately these are two exceptionally talented actors who pull it all off – in more ways than one.

The story is familiar, nearly a century old now. Connie marries Sir Clifford Chatterley , becoming Lady Constance Chatterley as the happy couple moves to his family estate Wragley in the midlands. However like so many at the time he is called back to the front in World War I and returns to his new bride six months later in a wheelchair and paralyzed from the waist down. Despite his depression she assures him it will not affect their marriage, even if he can’t partake in his manly duties. Soon he begins to write again, and to even fix up the estate hiring a new gameskeeper, Mellors, and even at one point suggesting that the desired child Connie wants to have is very possible, perhaps finding a proper man as a surrogate to impregnate her with the caveat that no one ever know the baby isn’t Clifford’s.

Once convinced she could live this marriage “of the mind” , Connie’s physical needs come to the forefront upon meeting gameskeeper Oliver, whose own wife played around on him when he was off to the war but still hasn’t divorced her. In no time, with her hand touching his flesh a torrid series of clandestine meetings occur between the pair as her sexuality heightens to boiling hot, and the secret union changes her in many ways, even when the town begins to gossip. When she discovers she is actually pregnant things get, uh , complicated.

Once the heat is turned on, deClermont-Tonnerre proves adept at filming passionate, unclothed scenes that must have kept the intimacy coordinator working overtime. Corrin is simply terrific as the unleashed Lady Chatterley, and she and the equally fine O’Connell throw everything against the wall – including themselves – in this increasingly intense and dangerous fling that seems to prove love has to be physical, not just in the mind. They do it lying down, standing up, inside, outside, even a fully naked and unashamed romp in the pouring rain. It seems there is a new sex scene every 10 to 15 minutes but the director and her Oscar nominated screenwriter David Magee are up to the task of keeping it interesting. Magee with credits for Finding Neverland, Life Of Pi, and Mary Poppins Returns proves he is able go all X rated when he has to, but because both stars are first class actors, and the production really top flight as well, this may be the best Lady Chatterley yet filmed, certainly it is not boring. 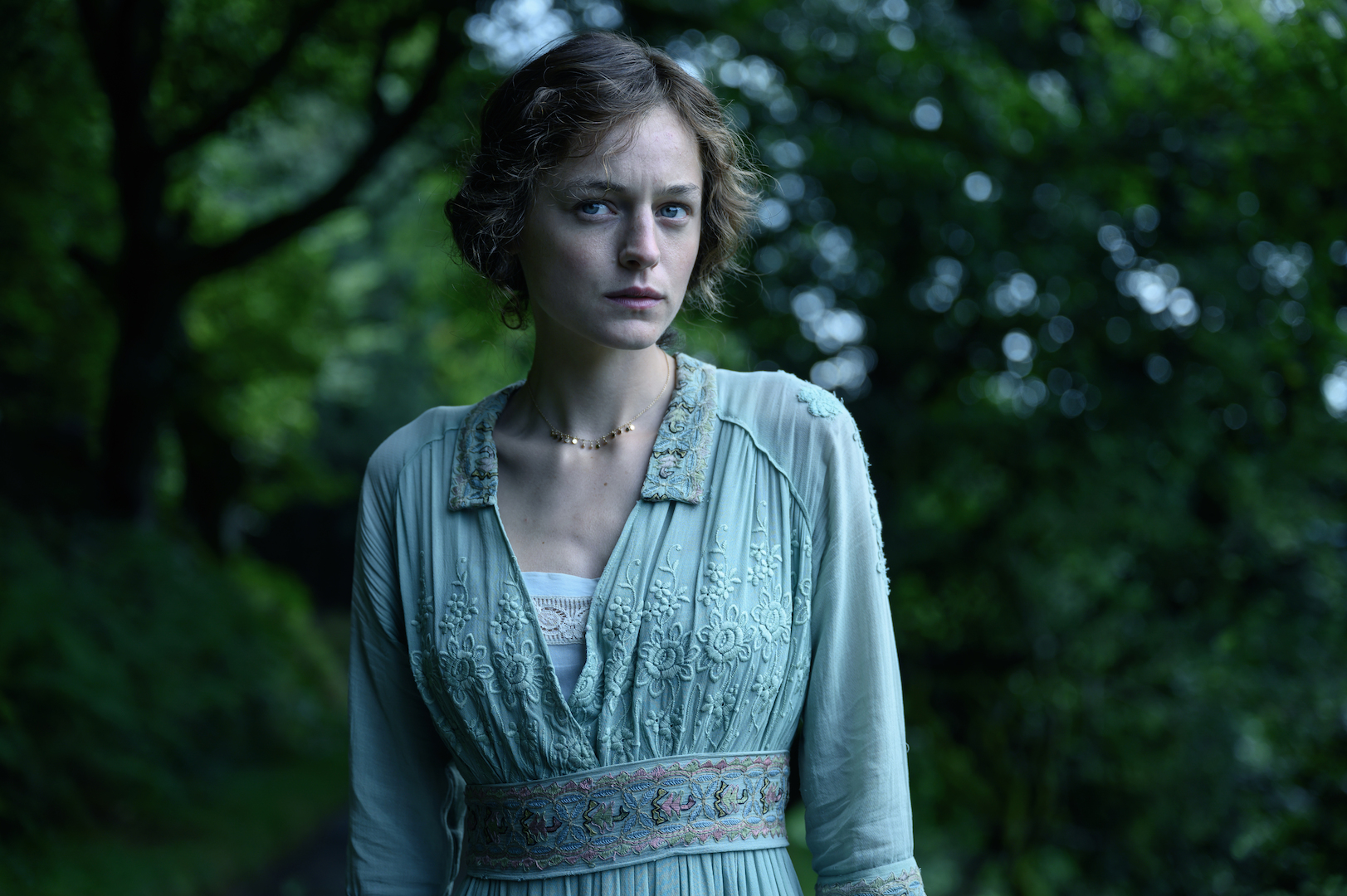 Among the rest of the cast, Matthew Duckett as Clifford gains our sympathy until he doesn’t, Faye Marsay is fine as Connie’s sister who worries about her, and best of all Joely Richardson (who actually played Lady Chatterley in a 1993 TV series) is elegant and just right as Mrs. Bolton the woman hired to look after Clifford when it became too much for Connie. Benoit Delhomme’s luscious cinematography deserves special mention along with Isabella Summers’ lovely musical score. Producers are Laurence Mark, Pete Czernin, and Graham Broadbent.

Netflix releases the film, which was actually made by Sony Pictures and then sold to the streamer, in theatres in November and on Netflix in December where fans of the likes of Bridgerton will likely eat it up.

Timothée Chalamet Back On The Lido, ‘Bones And All’ & ‘Padre Pio’ Reviews: Full Coverage