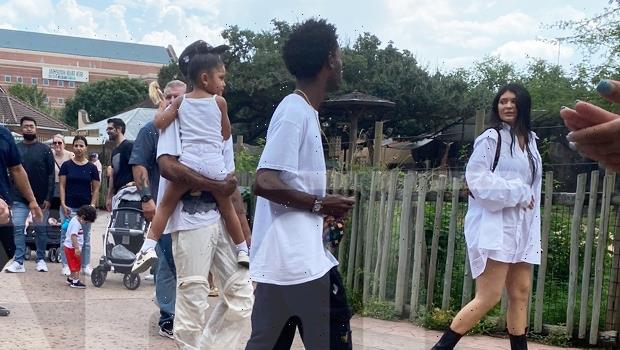 Kylie Jenner hid her baby bump in casual cool outfit as she stepped out with family and friends for a trip to the Houston Zoo on Sept. 20.

One hot mama! Kylie Jenner, 24, went to the Houston Zoo with her daughter, Stormi Webster, 3, and on-again/off-again partner, Travis Scott, 30, on Sept. 20. The beauty mogul and style star looked happy to be enjoying the day with her family in Travis’ hometown of Houston, as she was seen casually covering up her baby bump with a loosely fitted white button down shirt, while her rapper beau carried Stormi in his arms. 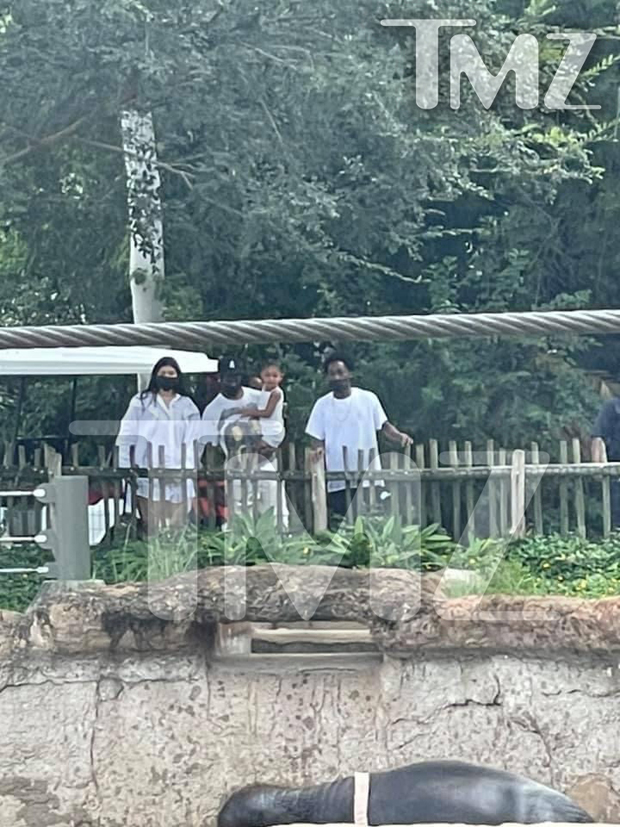 In the photos obtained from TMZ, Kylie is seen wearing the white button down shirt to cover her body and pregnant belly. She completed the laid-back look with black combat boots and a stylish black leather backpack. Dad Travis also sported a casual getup, with light beige pants with convertible zippers around his knees, a white t-shirt, and a black baseball cap. Kylie also wore a black mask, which she popped on and off, depending on how many people were around. According to Daily Mail, the couple rode around in golf carts to take baby Stormi on the perfect zoo adventure, while surrounded by body guards and friends and family. 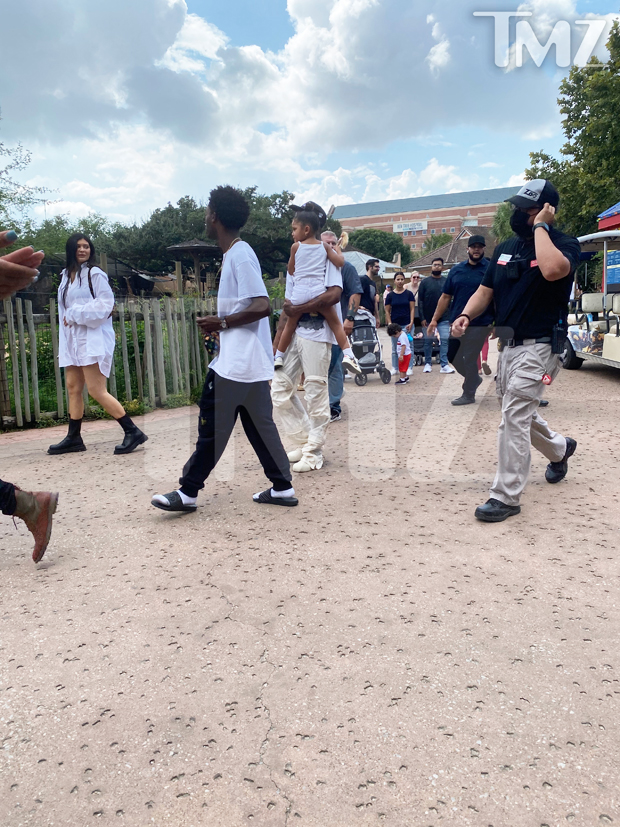 After skipping the Met Gala this year, it looks like Kylie is ready to be out and about again, as she made time for family fun while still keeping her baby bump slightly under wraps. The swimwear entrepreneur revealed back in August she was not looking to travel as much during her second pregnancy, noting how she wanted to be more “focused” on daughter Stormi and also wanted to have a “healthy” pregnancy.

A source also shared in August that Kylie and Travis were “beyond thrilled” to be pregnant with another child, revealing that the pair had been trying “for many months” to give Stormi a sibling. Although it can be difficult to keep track of Kylie and Travis’ relationship status as an on-again, off-again couple, the two looked cozy and content together for their Texas trip, giving Stormi the safari of her dreams as they prepare for their next baby to be welcomed to the family!