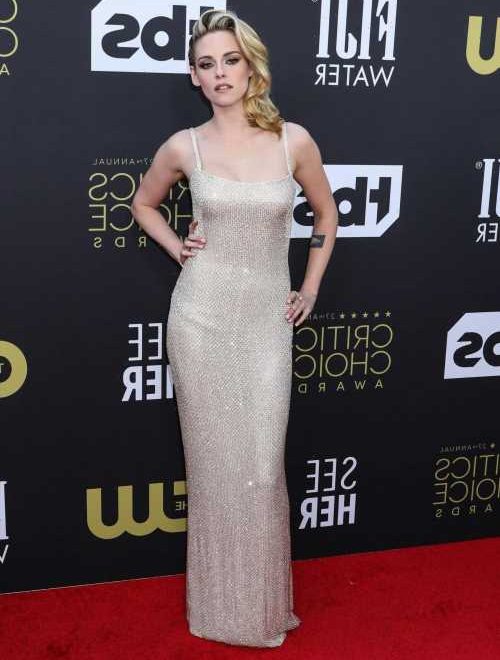 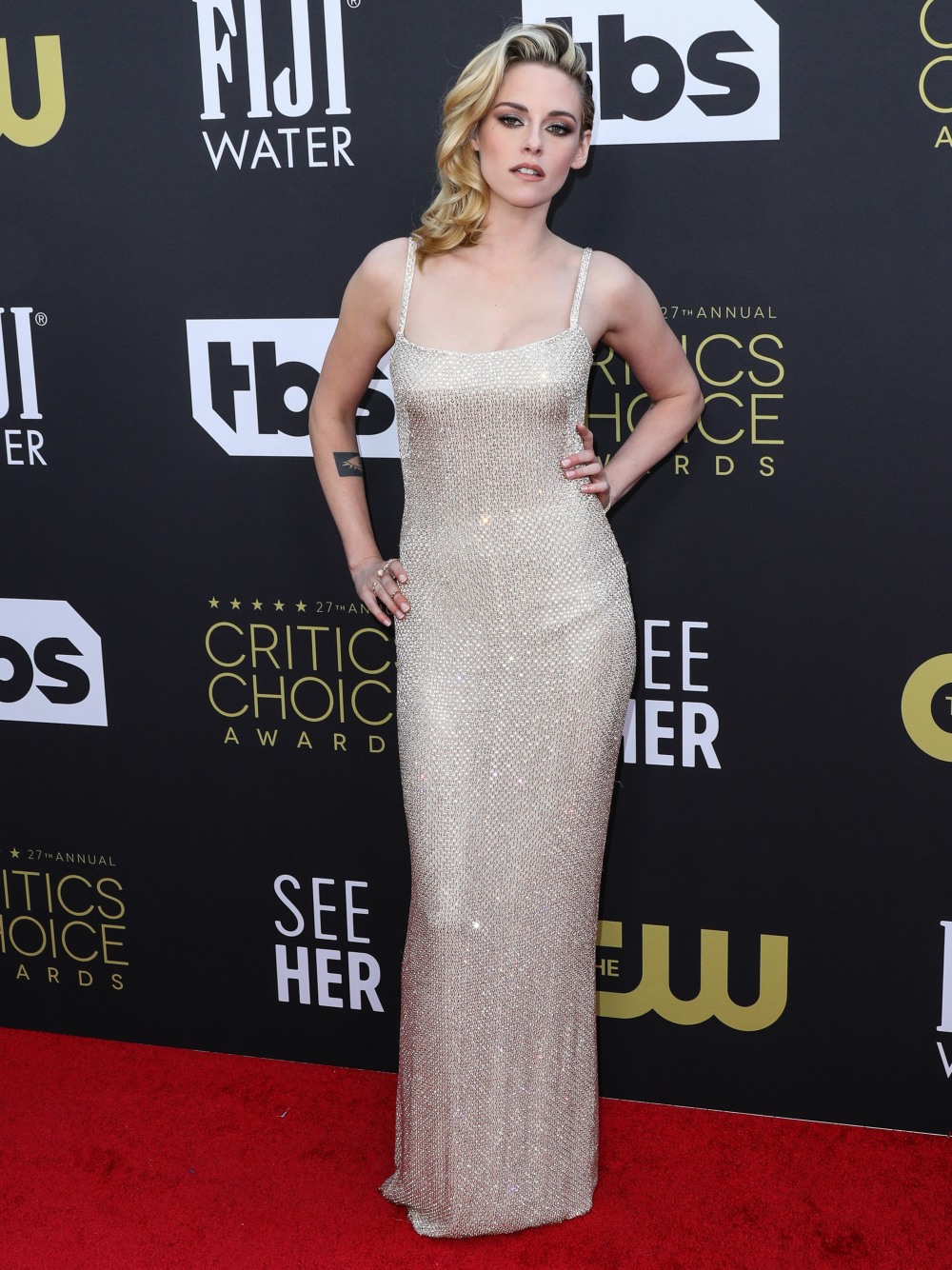 Here are some fashion photos from last night’s Critics Choice Awards. Kristen Stewart was nominated for Best Actress, but lost to Jessica Chastain. Which is what will probably happen at the Oscars too, God willing. That being said, K-Stew dressed like a winner. She’s finally been unshackled from her Chanel chains, however brief. Kristen wore this sort of pale gold Dolce & Gabbana gown to the Critics Choice and as someone who has covered her fashion during the Spencer promotion and awards season, I have to say that this is her best look of the past six months. Simple, elegant, pretty. Kristen and Chanel just don’t “fit” together. She should have been wearing other designers this whole time. 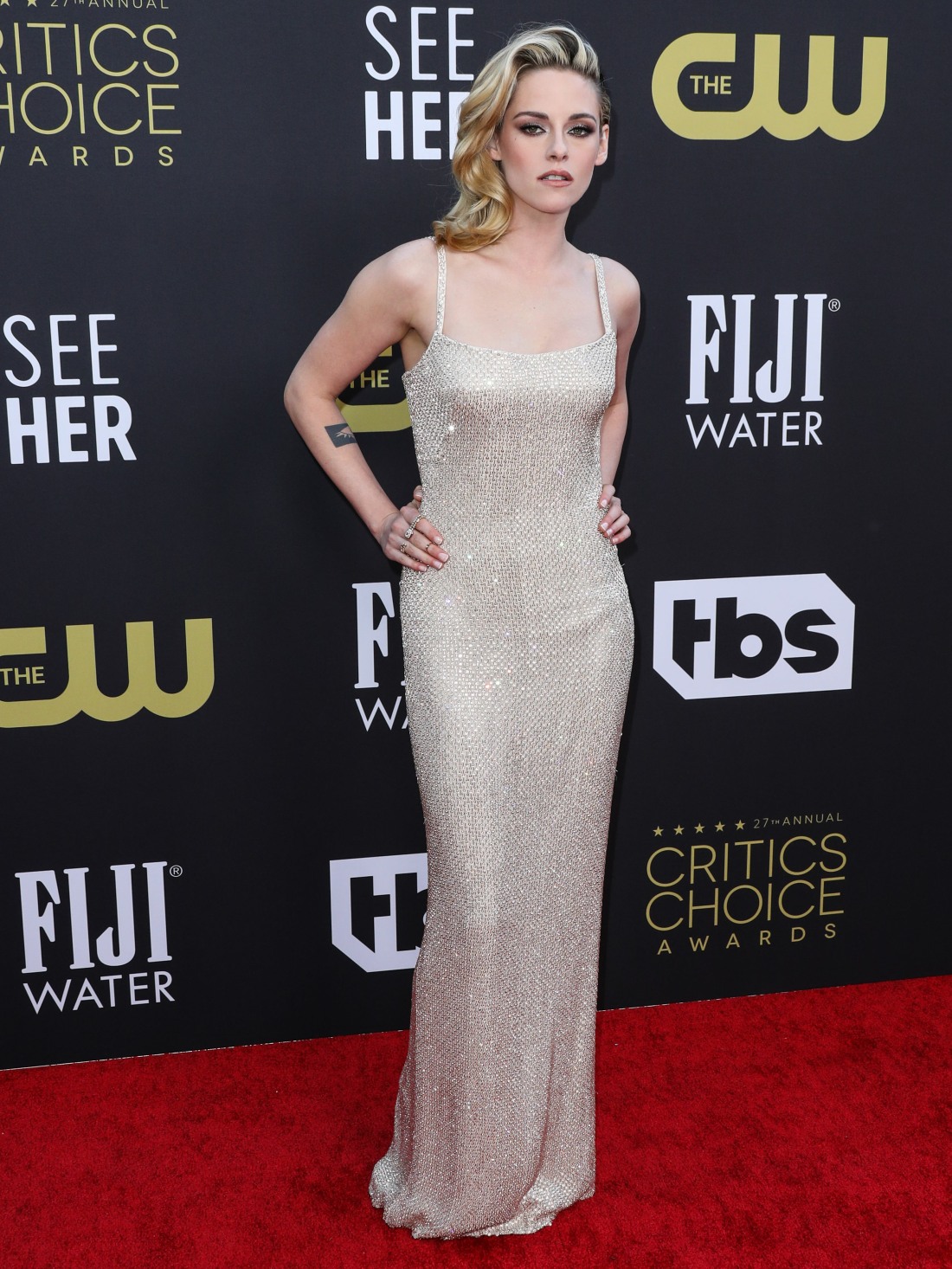 Maggie Gyllenhaal wore Chloe. It’s just a basic dress. I think it’s taffeta, which is not great. I hope she wears something a lot better to the Oscars. 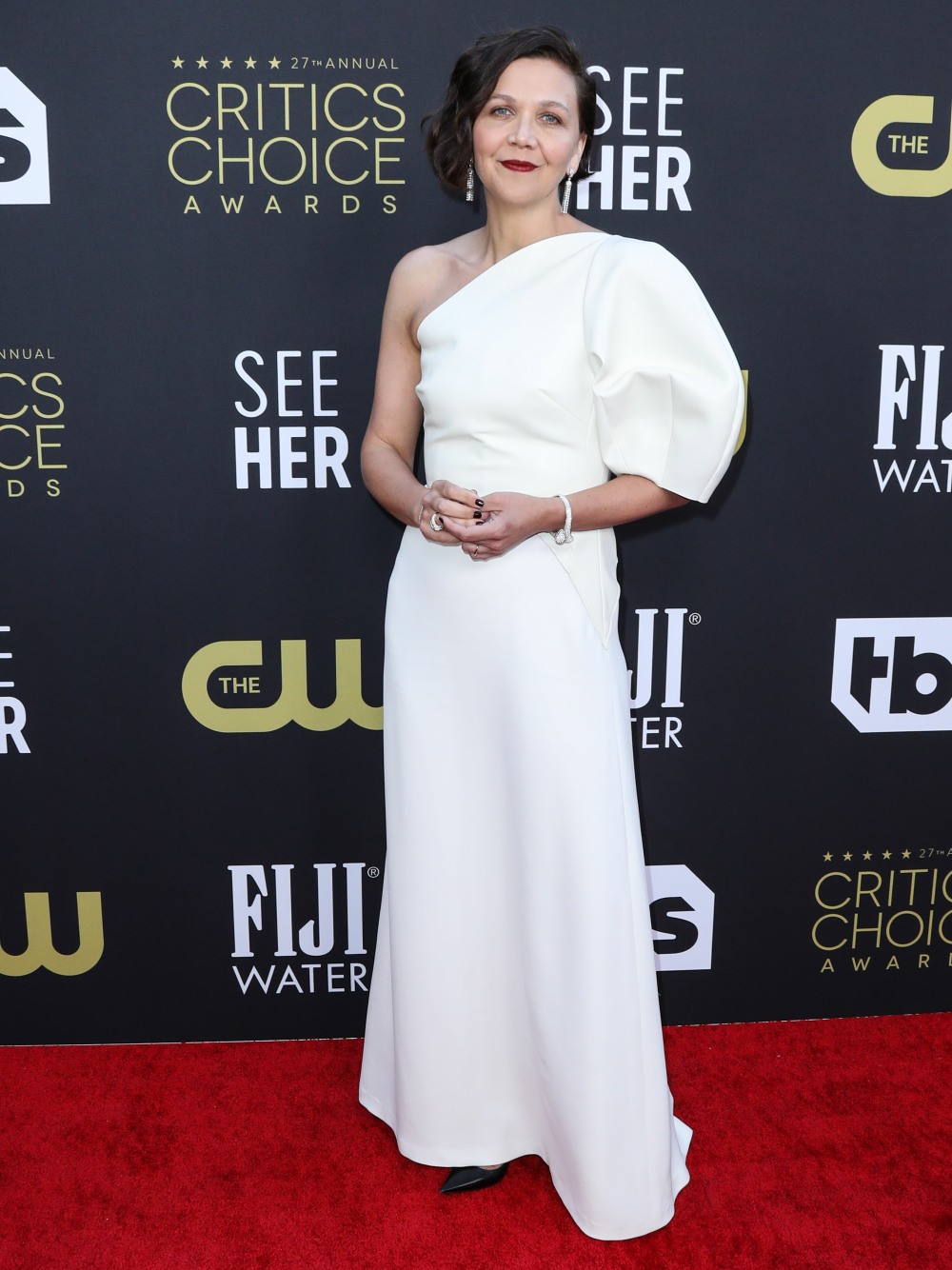 Jodie Turner-Smith in Gucci, with Joshua Jackson. I mean… stunning couple. They are so f–king hot together. This dress is not my favorite at all, but the color is great and Jodie was having a lot of fun with it. 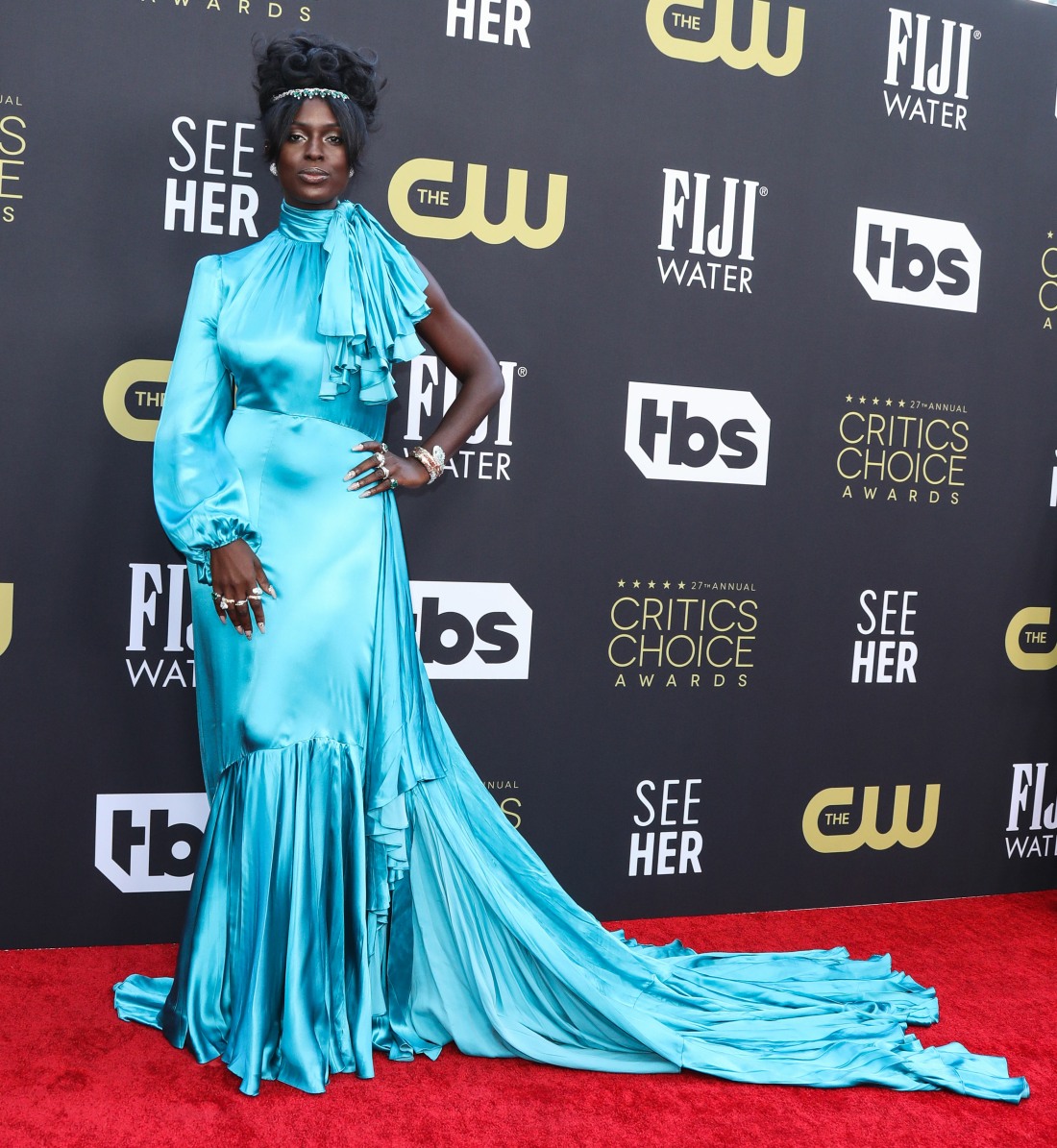 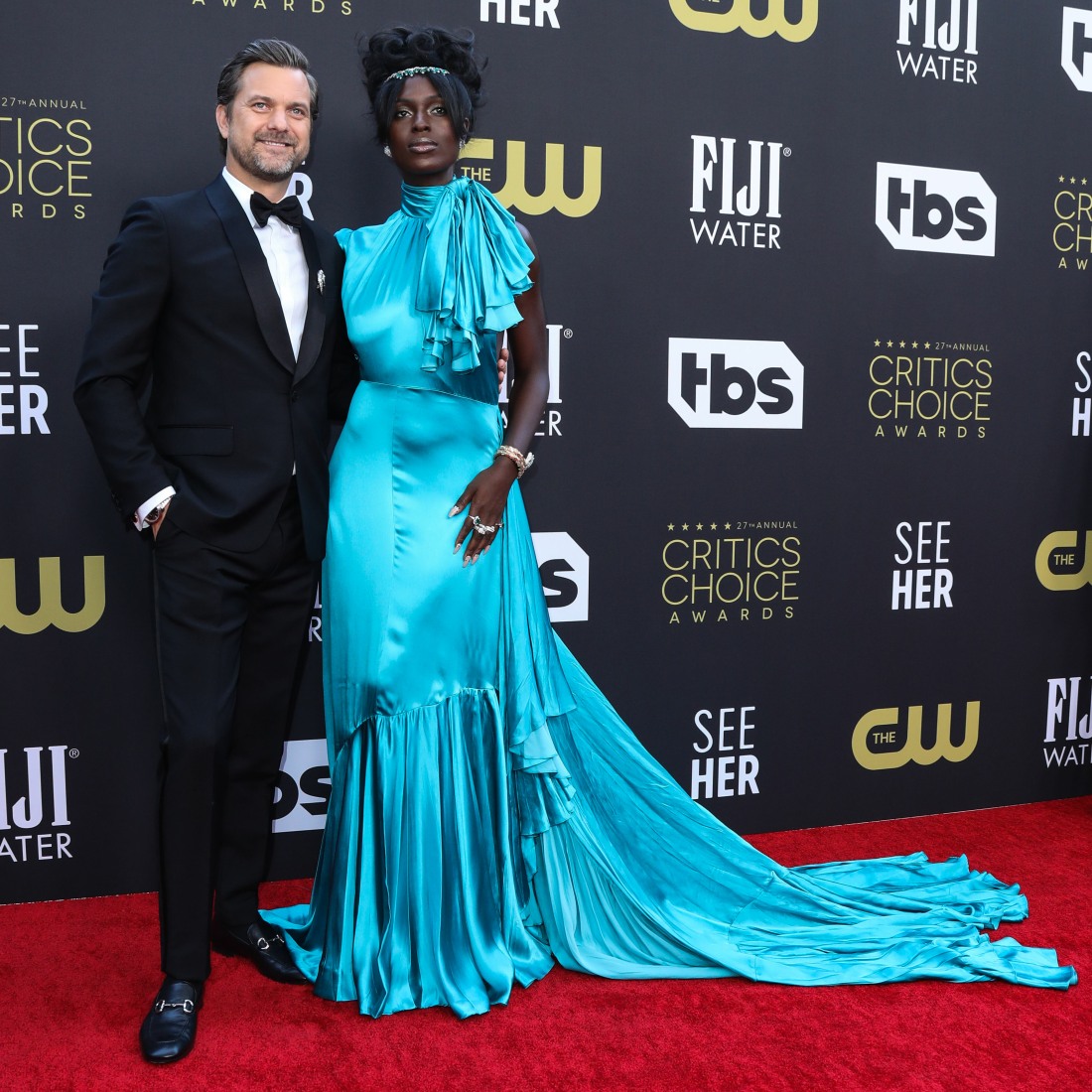 Elle Fanning in Oscar de la Renta. She’s such a ballerina! This is cute. 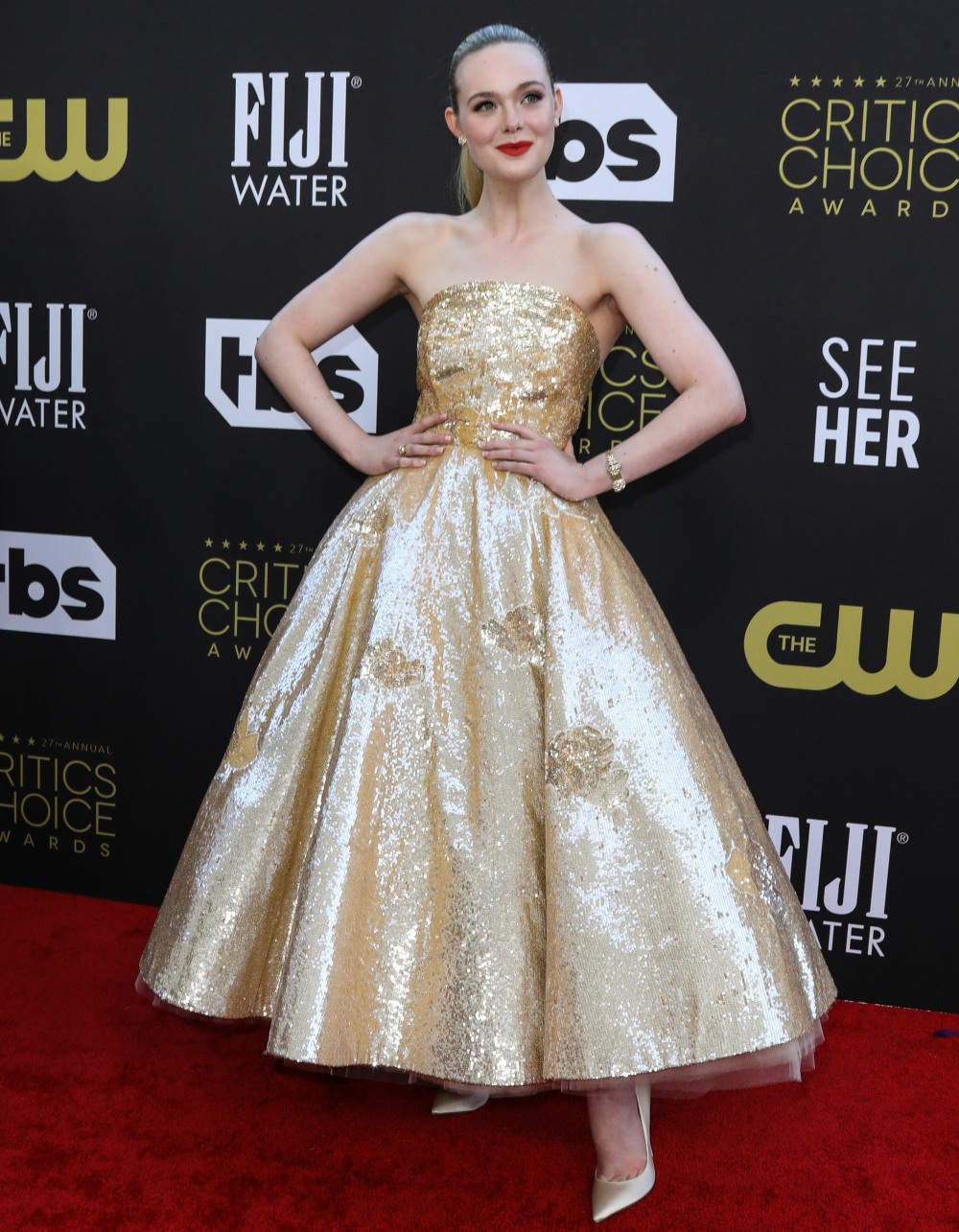 Jean Smart in Valentino. Yaaas, I love this. It’s basically a sparkly skirt and a sweatshirt. Which is kind of perfect for the Critics Choice, you know? It’s not the bloody Oscars. She can wear a (high-fashion) sweatshirt if she wants. 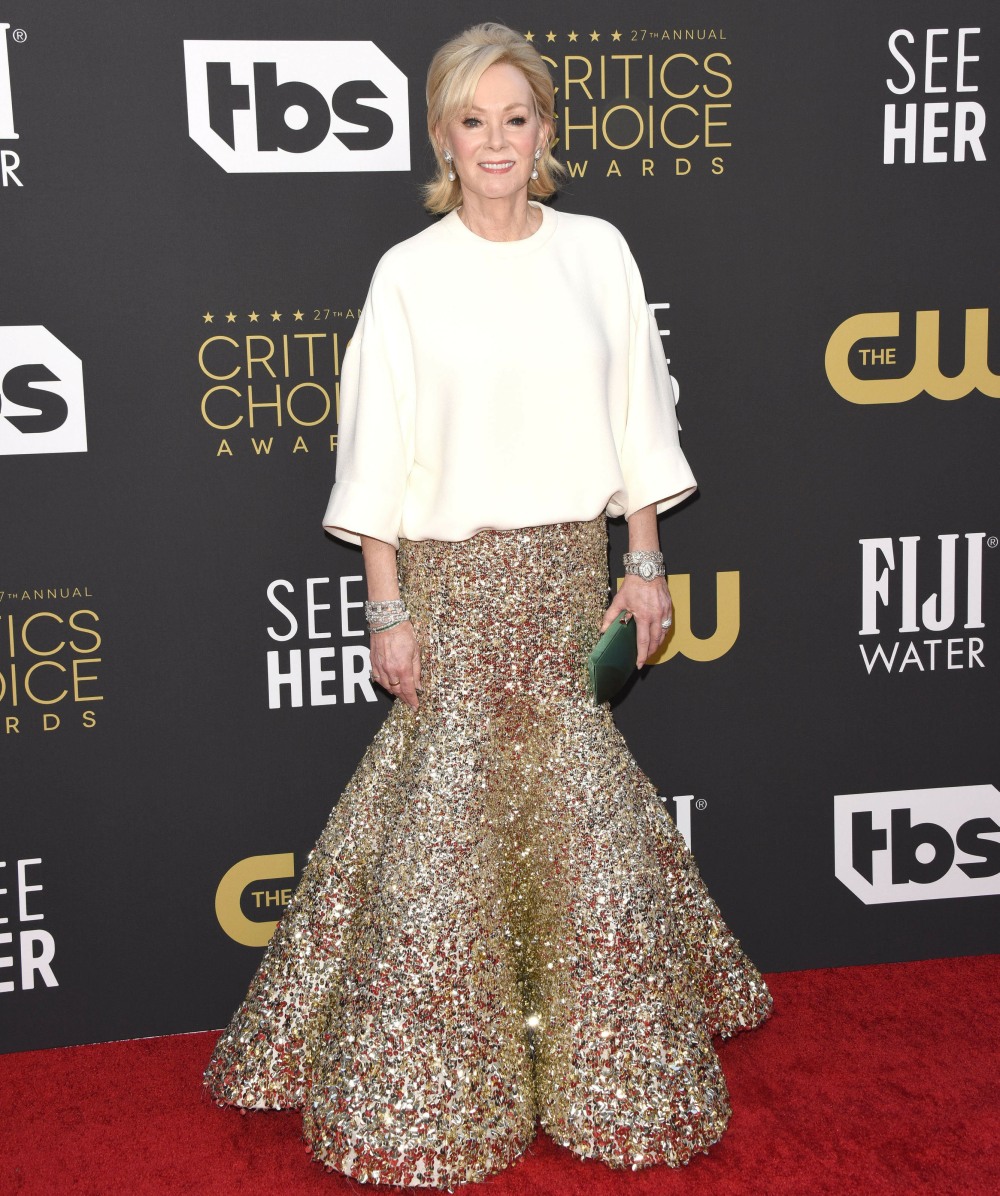 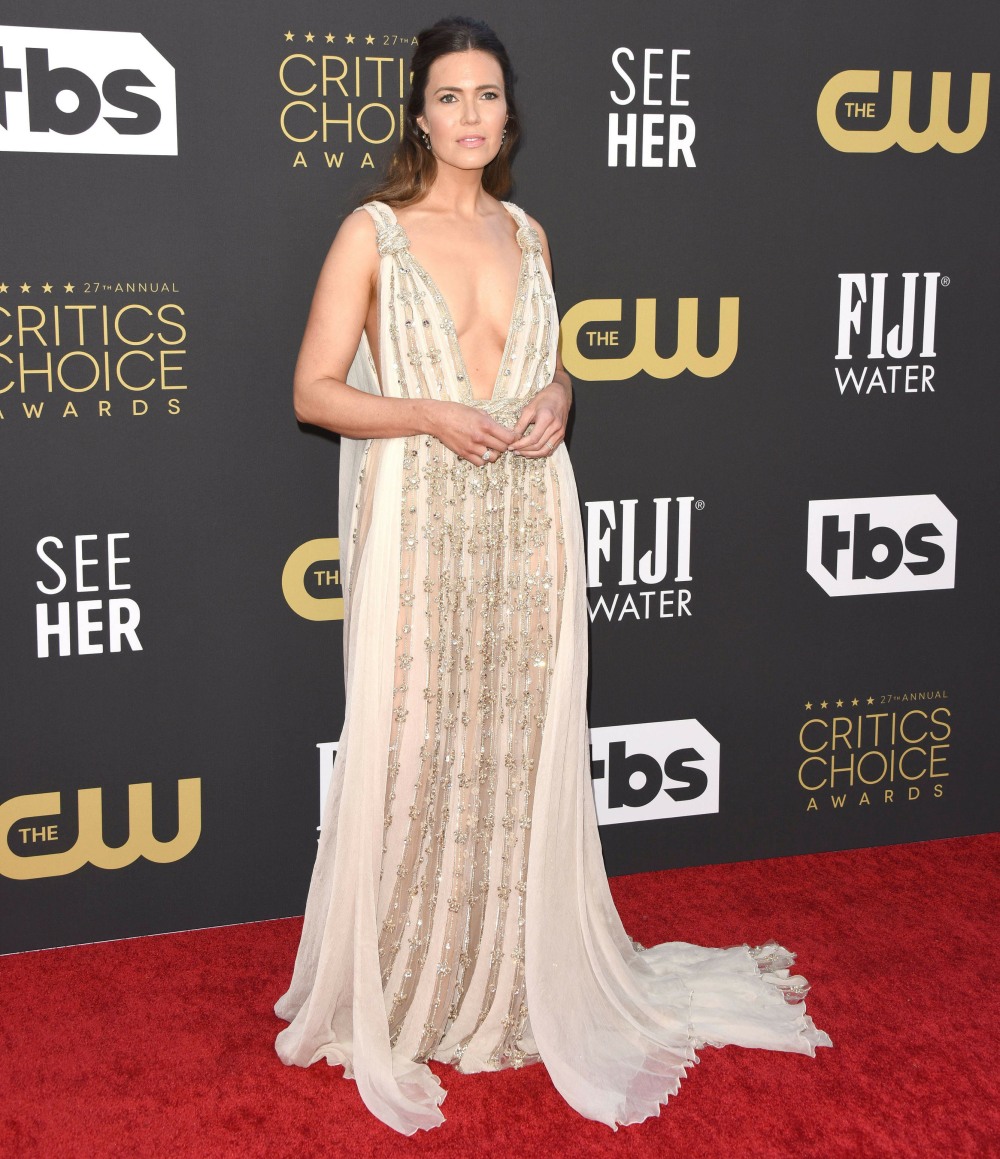 Thuso Mbedu in Dior. This doesn’t seem like a Dior, right? She’s beautiful but I’m not sure this is the right look for her. I’m sure she felt like she couldn’t say no to a Dior though. It’s the same basic design as Mandy’s (above) but I think this one is executed a lot better. 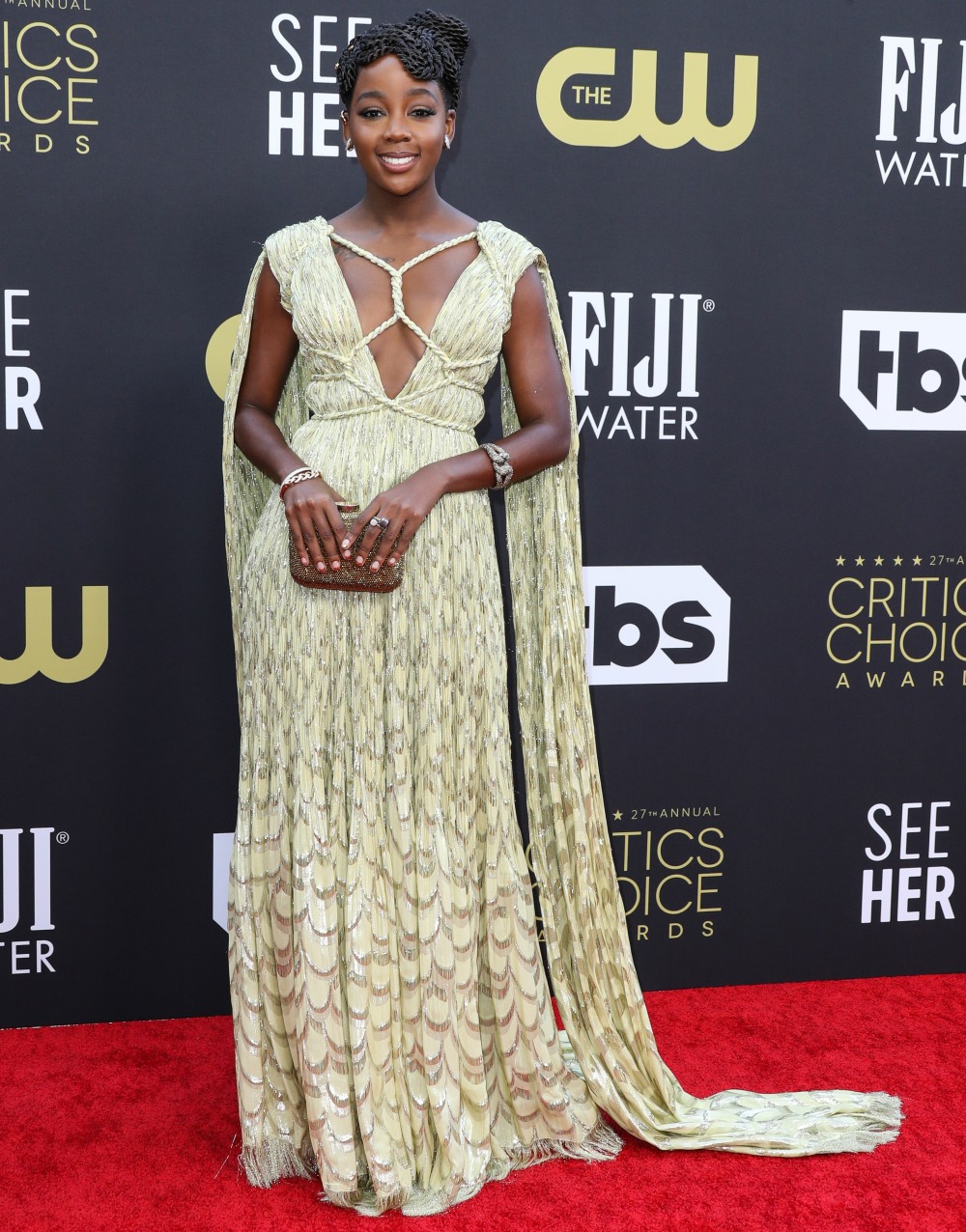