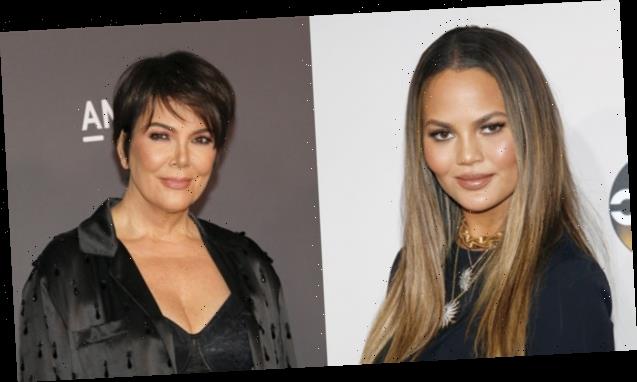 Chrissy Teigen and Kris Jenner have banded together for a top secret new project, and the wild teaser video shows the momager slapping Chrissy across her face.

Chrissy Teigen literally gets a slap down from Kris Jenner in a promo for their top secret joint venture “Safely.” The two have teased several photos on the Instagram page @getsafely and have now dropped a very curious video. Over sweeping music a slide comes across the screen that reads, “Chrissy Teigen has the dream life,” and shows her looking elegant in a white jacket. Then comes “a dream home and a dream husband” onscreen, with a shot of a mansion and Chrissy yelling John Legend‘s name in a loud, shrieking tone. “But she still has one dream to chase,” the final graphic reads.

The 35-year old cookbook author then appears on screen, looking gorgeous in a white jacket and perfect long bob hairstyle. “For my next thing I want some branding help from the master herself, Kris Jenner,” she announces. The video then cuts to Kris in a black shirt and black leather jacket wildly slapping Chrissy repeatedly across both of her cheeks. A graphic then appears that reads, “Safely. Sign up and be the first to know.” And that’s it! The video then shows a green screen telling people to sign up for early access at GetSafely.com with a white raindrop graphic.

Kris posted the video to her Twitter page on Mar. 17 and wrote, “The secret’s out @chrissyteigen and I have been working on something together. Sign up to stay up to date and get first access on http://GETSAFELY.COM @getsafely.” However, without any context about what their project is about, the slapping — with the over the top sound effects to make it appear like like Kris was really connecting with Chrissy’s face — was a turn off for some fans.

Though some of Kris’ followers saw that they were going for “slapstick” comedy, user @ali_tara8 asked “@KrisJenner @chrissyteigen and @getsafely Regardless of what ‘safely’ thing you may be promoting, is normalizing physical abuse shown in this clip, without clarification, the only way to go?” while @Shazzzy69 commented, “@KrisJenner @getsafely I wouldn’t put anything past Kris to make a buck, but @chrissyteigen using abuse as marketing for whatever you are selling isn’t something I can support. I suggest you take down the offensive ‘ad’ and try again.” User @nwor replied to Chrissy and Kris and told them both that their teaser promo for safely was, “Horrible, horrible for those who fight real abuse“ 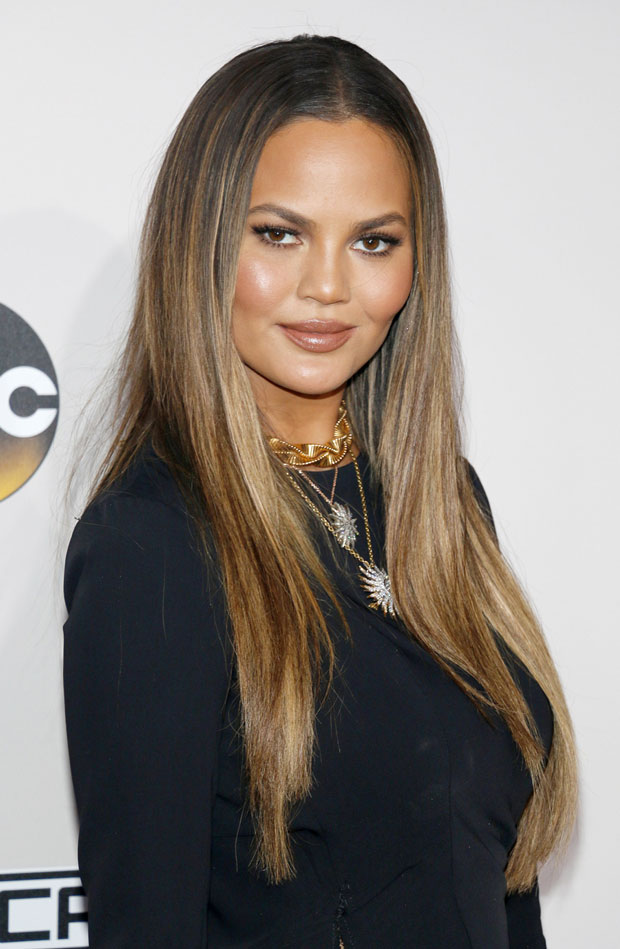 Chrissy reposted Kris’ video tweet on her own page and excitedly wrote, “WE DID IT, KRIS!!!!” but she too wasn’t feeling love for the teaser video from fans either. User @mishanti2 told the former model, “Sorry, but that slapping has turned me off completely,” while for fan @Aized10, a Kar-Jenner collab was a no-go, commenting “@chrissyteigen Anything Kardashian no matter who they collaborate with is nay for me. You are still alright.” The Twitter account for AlNatrl body products told Chrissy,” I personally think you are a branding master yourself. No Kardashian help needed, honestly.”

Meanwhile, other curious fans searched trademark applications for Safely with the green logo and came up with “multi and all-purpose cleaners for personal, household and commercial use.” Among the items included are hand cleaning preparations, non-medicated hand soap, dishwashing detergents and cleaners for bathrooms, bathtubs, sinks and floors, as well as sponges, tissues and wipes.

Those sleuths may be on to something, as the Safely Instagram page showed a snapshot of a building overtaken by green leaves and vines, with the caption reading, “Our favorite color, green.” There was also a photo that showed a wet and steamed up shower door with a sexy lingerie set hanging off the top. The caption read, “get dirty get clean,” so Safely could possibly be to be some sort of environmentally friendly cleaning product brand. If so, there’s no one like Chrissy with her massive social media following to get the word out about it. And by teaming up with branding mastermind Kris, the ladies could become the queens of clean!