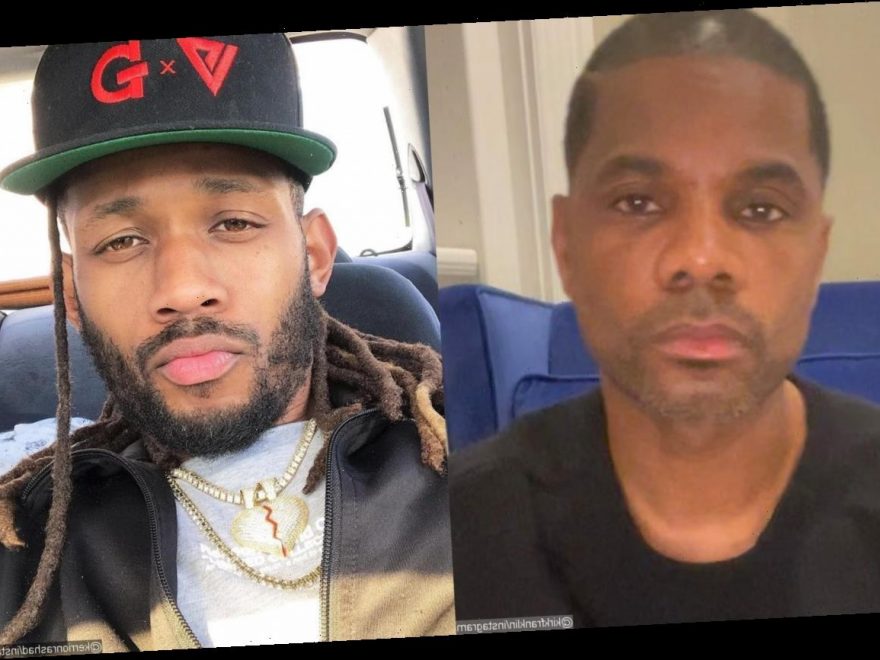 After a recording Kerrion Franklin released via social media went viral, Kirk expresses his regrets for saying words that are not appropriate, and explains that he felt extremely disrespected.

AceShowbiz –Kirk Franklin‘s son remained defiant over his feud with the gospel legend. Although Kirk has already issued an apology for saying words that are not appropriate, Kerrion Franklin continued to defend his move in leaking his father’s expletive-filled phone call on social media.

The 32-year-old offered his thoughts via Instagram Story on Sunday, March 14. “If my father won’t tell the truth let me live and let it go. Let me be 33 right. Nobody helps me financially. self made ii been on my own since 18. He got the recordings I didn’t record him without him knowing he knows I’m always recording and still provokingly talks to me wild very often too often. Not in front of pastors and counselors tho. It’s a new Day a New Chapter,” he stated.

Kerrion’s statement came one day after he shared on Instagram a snippet of a recorded argument between him and his father. In the clip, the latter was heard telling him, “you need to get your skinny motherf**king a** back out the goddamn way before I put my foot in your a**.” Near the end, the singer was also heard shouting, “I will break your neck if you ever disrespect me.”

In the caption of the post, Kerrion explained, “This is why I’m done. No father should speak to their children like this. If I have any issues it’s because Of this type of treatment that ii deal with behind closed doors. Hanging up in my face, No apology, no compassion, no effort. Stop telling me to go home to my family I don’t even know where they live.”

“I don’t think I’ll ever trust my father to be alone around him ever again,” he added. “I didn’t want to do this. I probably won’t release the entire recording because it’s too embarrassing that Im even dealing with this. No matter what ppl think I pray my dad deals with his deep hatred toward me. I don’t feel safe around him at all. This recording is recent it is not from 2018 just to clarify. Im going to learn from these experiences, live my life in peace and make beautiful art.”

After the expletive-filled clip went viral, Kirk took to his own Instagram page to express his regrets. “Recently, my son and I had an argument that he chose to record. I felt extremely disrespected in that conversation and I lost my temper, and I said words that are not appropriate,” he explained in a video. “I am sincerely sorry to all of you, I sincerely apologize.”

Kerrion, however, took issue with Kirk’s apology. “He apologized to his fans only and not me. This is why I’m Done,” he argued on an Instagram Story post. Around the same time, he put out throwback family portraits on his Instagram feed and divulged, “I am not here to bash him across the board. I didn’t even cuss in the recording.”

“Why do ppl ‘assume’ I did something to deserve verbal abuse. I just said what he said back to me. my father has been speaking very mean & manipulatively to me for 15 years now,” he continued sharing his side. He further disclosed that he got support from his grandparents. “Last post til the Full Interview. Turns to social media for protection. My grandparents support me, they are very upset at my parents right now for their treatment of me the entire time,” he pointed out.